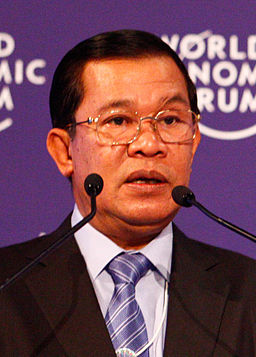 Yesterday, a young Cambodian economist made an observant and frustrated remark on the decline of human rights in her country. In 2006, she pointed out, Prime Minister Hun Sen agreed to release four prominent activists (including my former boss, Pa Nguon Teang) after he met with US Assistant Secretary of State Christopher Hill.

So, my friend asked, what happened after Hillary Clinton wrapped up her visit to Phnom Penh last week (and ASEAN concluded its summit in Phnom Penh)? Authorities arrested the outspoken radio broadcaster Mam Sonando on Sunday and charged him under six sections of the penal code. He faces up to 30 years in prison if convicted. Barack Obama’s so-called “pivot,” it seems, is coming with a price as Washington warms up to Southeast Asian autocrats.

One bizarre accusation is that Sonando participated in a secessionist movement in the eastern province of Kratie. The “secession,” though, is really a protest movement against a land grab. In May, a 14-year-old girl was shot dead during a military-style siege of the village; Hun Sen has also involved himself directly in legal proceedings against five villagers, says Human Rights Watch.

Yesterday, I had a quick chat with Mam Sonando’s lawyer, Mr. Sok Sam Oeun, who is head of the Cambodian Defenders Project. He said that Sonando can be held in pre-trial detention for up to 18 months — so any developments are nebulous and hard to predict at this early stage in the investigation. But he was able to reveal some details about the defense he’s building for his client.

First, he noted, Sonando has an alibi. It’s hard to believe he instigated a secessionist movement because “he’s not connected with any people in Kratie. He also said that he never, since he came back to Cambodia, visited or stepped in Kratie province,” the lawyer said.

“Bun Ratha, the leader [an accused protest organizer and the director of the Association of Democrats] there, made a statement from outside that what he did was not connected with Mam Sonando. This will be one part of the defense,” he said. Some more clips from our talk:

“The people are still scared in expressing any opinion more than before. Many people are charged on incitement, like Mam Sonando.”

“I am a human rights lawyer, and if no one dares to take this case, maybe this country will look bad. Yes, I’m a little bit concerned [about government reprisals]. But I only do my profession as a defense lawyer. And if this case has no defense lawyer, it also makes the government look bad.”