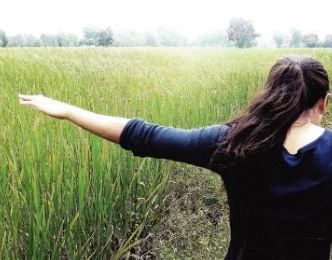 The Village: a micro review The Village, by T. F Rhoden, is a novel about rural Thailand. It tells the story of Mae Aew who moved into the village where the book is set as a young, pregnant, bride. Alternating between the past and present, it combines Mae Aew’s current dealings in the housewives group with the story of her tumultuous and ultimately tragic marriage to soldier-turned-policeman Somkiat. Her daughter Naem’s encounters with adolescence and modernity also feature prominently with tales of high school, boys, mobile phones and shopping malls.

This is by no means a great novel – some of the writing is truly awful, with verbose philosophical interludes, marathon sex scenes and numerous errors – but it displays a perceptiveness about the micro-politics of village development that is often lacking in academic accounts of rural Thailand. Mae Aew will be familiar to anyone who has spent time in Thai villages talking about projects, budgets, committees and local rivalries. This is the stuff of grass-roots politics in Thailand and, for all its faults, The Village captures it very nicely.