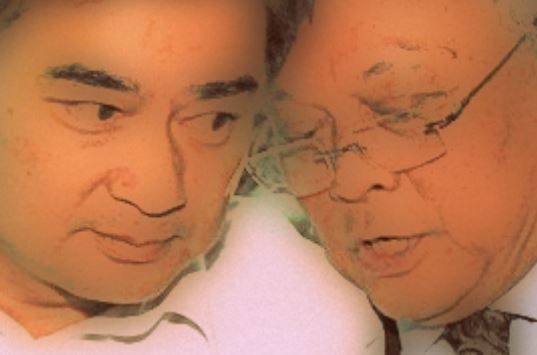 There’s a fine line between despair and desperation.

The current madness in Bangkok shows that a good number of Democrats, and their supporters, have crossed that line. Today’s invasion of the army headquarters is the latest in many acts of political desperation staged by the anti-Thaksin forces since 2006.

In the wake of the 2006 coup I unilaterally renamed the Democrat Party the “Democrat-except-when-you-can’t-win-an-election-and-then-a-coup-is-OK Party”. Since then they have certainly lived up to their new name, consistently failing in elections and seeking power through non-electoral means.

The weakness of the Democrat Party is an overlooked driving force behind Thailand’s ongoing political crisis. The Democrats last won an election in 1992 (and let’s not forget whose land deals resulted in the downfall of that administration. Hint: it wasn’t Thaksin!).

Since 1992 Thailand has changed dramatically. Its GDP per capita has more than doubled. Internet access and mobile phone use has exploded. Thais now think about themselves and the world in new ways.

But the Democrat Party has been unable to respond to this profound social change. In the 2011 election they distinguished themselves by creating a version of populism that wasn’t even popular.

Thailand is now paying the price for the systematic failure of one of its major political parties. Democrat despair has, once again, mutated into street-politics desperation.

Perhaps the answer lies in a revival of Democrat hopes.

At their next electoral opportunity (and it may be sooner rather than later), voters concerned about the future of Thailand’s democracy may want to consider voting Democrat in order to re-focus the party’s attention on the democratic process. A glimmer of hope in the long and dark electoral tunnel may embolden moderate and reformist forces in the Democrat Party to develop a new political agenda that suits a modern Thailand.

A revived and re-focussed Democrat Party may be a much less dangerous political foe for Thaksin and his allies than the do-or-die desperados that the party has become.

It would certainly be much less dangerous for Thailand’s democracy.