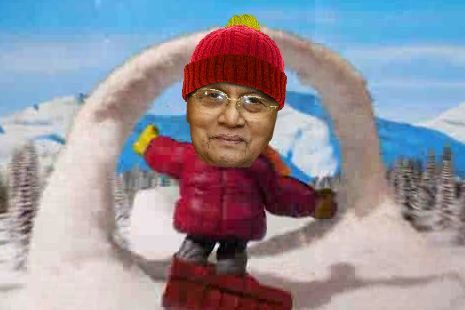 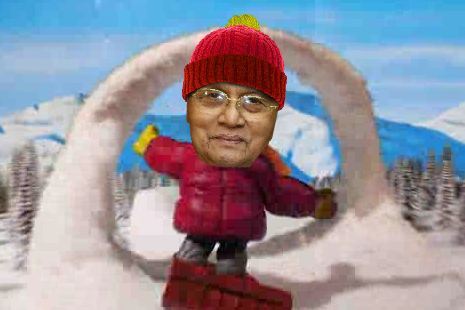 …that at this time of year New Mandala takes a holiday for a few weeks.

We have now been operating long enough that regular readers have also come to expect a certain artistic irreverence during the festive season.

In the past, the featured characters have usually come from Thailand’s ongoing political conflicts; they have tended to put on a show as dancing elves.

In 2012, and in recognition of some of the year’s major players, we have opted to introduce some new figures into our winter wonderland. They should all be familiar faces, although one of them is not quite yet a household name.

Some wonder whether his time will come in 2013? But there’s every chance not everything will go according to plan: as the drama unfolds we will all need to watch out for the snow ball. A little tumble from a lu gyi can have significant knock-on effects.

With that, we wish you a very Merry Christmas and the best of success for the new year. We will be back in January 2013.