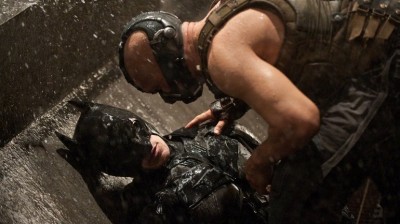 The news that Malaysia is ranked 54th out of 176 countries in Transparency International Corruption’s Perceptions Index (CPI) is more ironic than at first perceived. No, it is not because Transparency International Malaysia (TI-M) got it wrong (although how relevant their being ‘right’ is a separate issue). Neither is it because – as per the remark from the Institute of Democracy & Economic Affairs (IDEAS) – corruption in Malaysia is really ‘not so bad’.

The truth is that the CPI is less about the hidden evil performed in private than it is about the public evil not at all hidden – and therefore not perceived to be evil.

Everybody knows that in Malaysia getting the right contracts often involves buying the right kind of coffee for the wrong kinds of people. Everybody is aware that unusual favours are needed without which the not unusual tasks won’t happen. The critical question is not whether corruption exists or how bad corruption is. The key issue, rather, is the role its contrived invisibility plays in sustaining the system.

Recall how, during conversations or meetings, we often ignore the other person’s body odour, stinking breath and other unsavoury facets? Our social conventions require us to pretend the VIP doesn’t smell like a newborn elephant or look past the Tan Sri’s (the second highest honour bestoweed to civilians) emerging booger. Why? Because it’s safer to feign pretence and carry on talking than to speak the truth and risk reality coming apart.

This agreed upon illusion is the form that corruption takes in Malaysia. It’s not about what people don’t know or should know; it’s about what people pretend to not know whilst trying to keep what they do know at bay.

In our brightest speeches, we tell each other that the system is inherently good and that corruption is an aberration which must be eradicated. But in our darkest thoughts we fear that the system is itself corrupt to the core and it relies on public/official tenets of ethics and decency as a facade. In conferences we declare that the apple basket of industry is fundamentally sound, notwithstanding the existence of a few corrupted bad apples. But in the boardroom, we whisper worryingly that the entire basket is born of corruption, a fundamental misalignment sustained by the fantasy of justice and virtue.

We could mention here again the familiar story of the man suspected of stealing from a factory. The police posted themselves at the factory gate and each night the man came out, they inspected the wheel-barrow he was pushing. This went on for many nights. The man would come out with a wheel-barrow, the police would inspect it, find nothing and let him go. It was only later that they discovered that what the man was, in fact, stealing wheel-barrows.

Likewise, the CPI deceives us making us look INTO the wheel-barrow of the system to detect and correct problems whilst at the same time blinding us to the fact of the barrow itself. As per Marx’s caution, wages do not have to be ‘unfair’ for us to conclude that injustice is present; there is injustice even (or especially) when the wages are ‘fair’.

Rephrased, the problem is not corruption within Capitalism – the problem is Capitalism itself. It is at this point that both TI-M and IDEAS fail us. TI gives us ‘data’ and tells us to merely repair the system; IDEAS is worse because it tells us nothing is really that wrong and thus only minimal tweaking will suffice.

This can be further illustrated by comparing the two villains in the recent installments of Batman i.e. Joker and Bane. The Joker transformed the city’s White Knight (i.e. Harvey Dent) into its traitor; Bane showed that the city itself, Gotham, was an intra-social betrayal on a massive scale. The betrayal of the people (in the form of community-wide lies, political corruption and so on), far from being a threat to the city, in fact, constituted it and sustained its being. The Joker manipulated the police; Bane tore up the very idea of the police. The Joker tried to rope in the city’s criminals; Bane made it a crime not to be a criminal and thus exposed the biggest crime of all: society itself.

In this context, IDEAS is like Harvey Dent and the mafia who love the system (as long as it benefits ‘democracy’). TI-M, at best, is like the Joker who wishes to unveil the problems within the system. Unfortunately, what we need is a Bane who’s willing to go all the way to transform the system by exposing the corruption at its heart.

Furthermore, the CPI results are not entirely problem-free. TI-M President Datuk Paul Low’s remarks that the CPI has a strong influence on investors and “how they decide if they are going to invest in the country” should hardly be construed as dogma. China is ranked ‘more corrupt’ than Sri Lanka and Rwanda – and therefore Accenture Shanghai’s partners are drawing up plans to move office to Colombo or Kigali.

Botswana, on the other hand, is only 3 points behind United Arab Emirates, which in turn lags behind Austria. Is it not good to know that Botswanians are barely a few steps away from building mile-high hotels? And perhaps the only reason why Austria is not as economically vibrant as Dubai is because investors have trouble adapting to Viennese food.

Finally, consider that the United States – a nation which spends trillions on weapons and which is guilty of a petty crime like war – is amazingly ‘cleaner’ than the Bahamas whose government’s horrendous failings may include insufficient boats for island tours and a lack of toilet paper in their airport. One may be forgiven for inferring that maybe the entire Index is about as relevant to economic performance as a binoculars is for understanding galaxies.

This is how we grasp the difference between corruption within Capitalism and corruption as constitutive of Capitalism. The former suggests we need more action. And the latter? That we need a new system altogether!