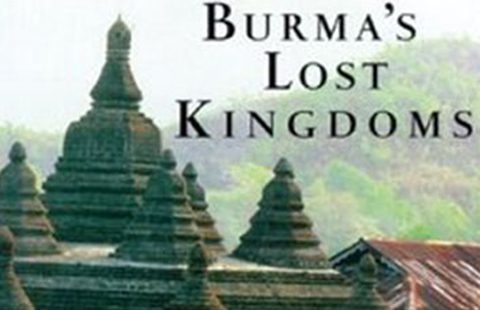 Australia recently lost one of its great Burma scholars, Pamela Gutman, who passed away in Sydney on 31 March 2015 after a long struggle with cancer.

Pamela had a close connection with The Australian National University, where she and I were contemporaries as undergraduates studying Asian studies, in the late 1960s. The focus of Pamela’s academic interest was more esoteric – as was reflected in the topic for her PhD in 1977: Ancient Arakan: with special reference to its cultural history between the fifth and 11th centuries.

This foreshadowed her life-long interest in the cultural history of the western-most part of Burma, Arakan (or Rakhine as it is now called) which she had first visited in 1972. She was eventually to become a world-renowned expert on the spread of Indian culture into the early capitals of the Arakan area, Dhanyawady and Vesali, and later Mrauk-U, which is still the spectacular site of many quite well preserved Buddhist temples. I still recall her trying to explain the architectural uniqueness of intricate Burmese roofs as we strolled in the garden of the house we briefly shared in Canberra.

In many respects, Pamela followed the path of the great 19th-century British scholar of Burma, Professor Gordon Luce, with whom she worked in 1974 on the island of Jersey, UK while undertaking research for her PhD. She had a rare knowledge of various ancient Burmese scripts which she deployed effectively to support her research. After her graduation, Pamela began writing many scholarly articles about Burmese art. She wrote an overview of the National Gallery of Australia’s collection of Burmese art in Asian Studies Review in 1983.[1]

According to her close art history colleague, Dr Charlotte Galloway – initially via the National Gallery of Australia and later via ANU – “Pamela’s academic expertise extended well beyond Burma’s boundaries. She was well known for her extensive knowledge of South and Southeast Asian art and their complex interactions. Pamela was a Sanskrit scholar, translating many inscriptions herself, and has always generously responded to requests for advice from scholars around the globe.”

In contrast to her academic work, Pamela worked for a period in the Australian Government, where she was part of the team supporting ANU economist Ross Garnaut preparing the ground-breaking report, Australia and the Northeast Asian Ascendancy for the Hawke Government in 1989.

Pamela then moved to Sydney. There she was again in an activist role in Sydney University’s then new think tank, the Research Institute for Asia and the Pacific (RIAP), working with sinologist Stephen FitzGerald. She was for many years a member of the Australian Government’s Refugee Review Tribunal. Pamela later found her “home” at Sydney University’s Department of Art History and Theory (later Art History and Film Studies) where she consolidated her world-wide reputation in Burmese art history and interpretation of ancient Buddhist works.

Our paths crossed again when Pamela published her remarkable Burma’s Lost Kingdoms- Splendours of Arakan in 2001, billed as “the first comprehensive study on the history and civilisation of Arakan”.

By then I was at the Australian Embassy in Yangon, so we had a launch for the book at the Ambassador’s Residence, for which many of Pam’s loyal Burmese friends and supporters turned out. I then had the amazing experience of accompanying Pamela on one of her regular field trips to Rakhine State, where she travelled by car and on foot to inspect any historical cultural artefacts discovered since her last visit. Local individuals, amateur historians, local officials would seek her out to get her expert validation of these “finds” which she provided generously and knowledgeably.

Always supportive of ANU efforts on Burma/Myanmar, Pamela in 2006 participated as a guest speaker in the only special Myanmar session of the University’s regular gathering for young post-graduate students, the Asia Pacific Week. Also in 2006, she was very fittingly awarded a Harold White Fellowship by the National Library of Australia to work on the Luce Collection of books on Burma and Southeast Asia which the NLA had acquired in 1980 after Luce’s death.[2] In 2007, she opened the solo exhibition by her Rakhine friend and protégé, Shwe Maung Thar, held in Canberra in conjunction with the 2007 ANU Myanmar/Burma Update Conference.

Earlier this year, Pamela managed to travel to New York for a major exhibition of “Buddhist Art of Myanmar” organised by the prestigious Asia Society, at which she was an honoured guest. This was to be her final overseas trip, in company with her good friend, former Canberra School of Art lecturer Gaye Paterson-Lamb.

In the case of Pamela Gutman, Australia’s loss will be very much felt equally by her friends and colleagues from Burma//Myanmar.

Trevor Wilson is a visiting fellow in the Coral Bell School of Asia Pacific Affairs, The Australian National University

[2] Andrew Gosling, formerly of the National Library of Australia, described in 1996 the part Pamela Gutman had played earlier in assessing the enormous breadth and linguistic diversity of Luce’s papers. See his in-house article in NLA News: http://www.nla.gov.au/openpublish/index.php/nlasp/article/viewArticle/983/1253.