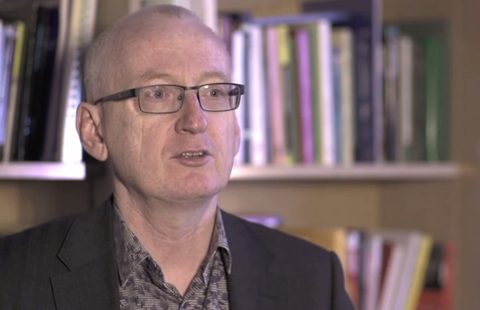 New Mandala co-founder Andrew Walker recently sat down with the ANU College of Asia and the Pacific to help dissect the latest coup in Thailand.

In this five-minute video, he analyses how the latest coup came about as well as outlines why the monarchy and the Democrat Party are to blame.

“The key problem in Thailand is that they don’t have a culture of strong and stable political institutions that can manage political conflict,” says Walker.

“This is essentially due to the pre-eminent role of the monarch in Thai political life.

“The King has regularly been held up as a virtuous example in order to undermine the credibility of elected politicians. And over many years, the king has consistently allowed anti-democratic acts such as military coups to be performed in his name.

“The other main problem in Thailand is that the main opposition party, the Democrat Party, Thailand’s oldest political party, has lost faith in the democratic process…and they have now embarked on a strategy of electoral sabotage.”

Watch the full interview at the ANU College of Asia and the Pacific website, or in the player above.