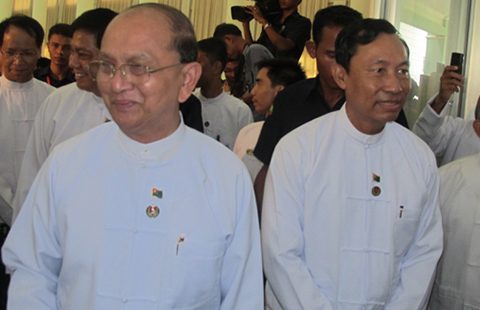 Watch the enemies from your own side

In the wake of recent events in Myanmar, which have seen ruling Union Solidarity and Development Party parliamentary speaker U Shwe Mann ousted from his role as party chairman, New Mandala co-founder Nicholas Farrelly gives his insight on what the latest political manoeuvring means and its likely impact for upcoming elections.

According to Farrelly, “The ‘party coup’ at the Union Solidarity and Development Party headquarters has destabilised Myanmar’s elite politics. It’s not the first time we have seen a purge of a rival faction and it won’t be the last.

“But what it means for the looming election will take time to digest. We wait to see whether Aung San Suu Kyi’s National League for Democracy has anything more to say.”

Reflecting on the role of the democratic leader, Farrelly suggested, “Their muted initial response suggests they just want to see the election roll on, so that President Thein Sein’s mandate can be tested once-and-for-all.

“Shwe Mann’s apparent demise will complicate the situation for many of the incumbent MPs who are closely aligned with his speakership.

“Yet anybody who has played high-level Myanmar politics knows the risks. History suggests that the enemies to watch are often from your own side.”