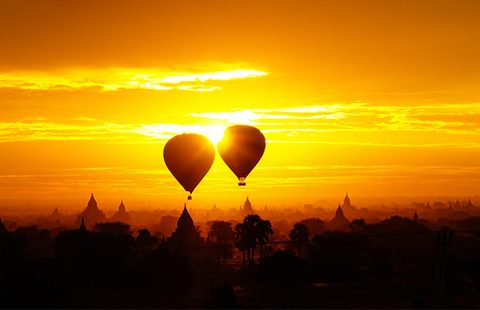 This column was published in The Myanmar Times on Monday, 23 November 2015

Right after the election, The Global New Light of Myanmar – still useful reading for the avid Myanmar watcher – trumpeted the “dawn of a new era”. The mouthpiece of the former military regime told us that according to Commander-in-Chief Senior General Min Aung Hlaing, there was “no reason not to accept [the] election results”.

Those results are now clear. The National League for Democracy trounced its opponents across the Bamar heartland, and managed to score a surprising number of big wins in ethnic areas, particularly in Mon, Kayin, Kayah and Kachin states.

This resounding endorsement of the party of democratic struggle has given the country an undeniable glow.

At the 8 November election, a relatively open and transparent process was implemented by officials who struggled with inevitable logistical, administrative and political challenges. The thumping NLD victory over a military-political machine that enjoyed more than five decades of incumbency is cause for celebration.

But where there is sunshine there are usually shadows. Without being too gloomy about some of the problems, it makes sense to ask: Who missed out and what does their exclusion mean for Myanmar’s future?

There are two groups that missed out badly. First there are Myanmar’s Muslims. We understand that at least 4 percent of the population are Muslim, but with no robust data at hand, some analysts suggest that number could be much higher. After a clutch of candidates was barred from running, only 28 Muslims contested the election, less than 0.5 percent of the candidate pool. They won no seats.

This is down from the five seats won by Muslim candidates – most from the Union Solidarity and Development Party – in 2010. Even successful candidates from the 2010 generation were barred from running this year. U Shwe Maung – an outspoken former USDP MP from Buthidaung in northern Rakhine State – was one of those who had his candidacy disallowed.

It is hard to know precisely how many Muslim voters were disenfranchised, but reports from northern Rakhine State suggest it was a significant number. Even in Sittwe, only some dozens of the few thousand Muslims left in town seem to have voted. In the IDP camps across northern Rakhine State only 150 out of roughly 100,000 people were reportedly deemed eligible to vote by the state election commission.

In other parts of the country, it was non-Muslims in conflict-affected areas who did not get to have their say. Voting was cancelled in seven lower house constituencies and 14 state constituencies, all in Shan State. And in hundreds of villages in Mon, Kayin and Kachin states, voting was also put on hold.

Why did this happen? In Shan State where voting was cancelled the answer is straightforward. For all the successes of recent years, too many people are still dying in Myanmar’s rumbling civil wars. These cancellations are a symptom of that persistent problem. And it is a problem that should be right at the top of the agenda for any new government.

The lack of voting by Muslims and the systematic efforts to disallow Muslim candidates is different and more dangerous. Mainstream political parties have shown no willingness to support Muslim candidates, and too many Muslim voters seem to have missed out on the chance to cast judgement on 2015’s political aspirants.

It is tempting to imagine that the NLD, once it has some power, will work toward reintegration. There is even talk that the NLD win can be understood as a rejection of anti-Muslim agitation. That benign tilt seems premature, especially given the apparent enthusiasm with which the NLD high command has disavowed Myanmar’s most vulnerable Muslim minority, the Rohingya.

We can assume NLD strategists decided to sacrifice the rights of the few in the hope that the many could prevail. Now that she has won, Daw Aung San Suu Kyi has an extra responsibility to the do the right thing.

But is she going to rapidly embrace the Rohingya as her own? I would be very surprised. In fact, such a move would be risky and destabilising. That means she will likely maintain the tone of recent comments, all calibrated to ensure the support of Buddhist voters wary of what they still might perceive, bizarrely, as Muslim ascendency.

Daw Aung San Suu Kyi also has to deal with the leaders of armed ethnic groups, many of whom saw NLD candidates beat their local favourites. Those victories introduce some unpredictable dynamics, especially in areas where the resistance to central government rule has long waited to negotiate with a democratic regime.

Everyone has the idea that with its overwhelming popular mandate, a future NLD government should be able to get useful things done. Those who missed out at the 2015 election will rightly wonder whether they will be invited to enjoy the sunshine too.

Nicholas Farrelly is director of the Myanmar Research Centre at Australian National University and co-founder of New Mandala. This column is based on his remarks at a seminar titled “Myanmar after the vote: what next?” held at the ANU Coral Bell School of Asia Pacific Affairs, on 19 November 2015.