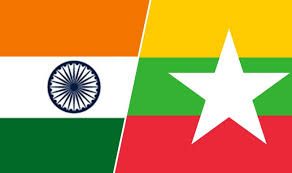 Who are Myanmar’s friends?

This column was published by The Myanmar Times on Monday, 19 October 2015

Years ago, back when Myanmar was in the early phase of its international rehabilitation, I took part in a dialogue that pulled together political, economic and academic leaders from across the Asian region.

Convened in Yangon, it aimed to start new conversations about Myanmar’s future just as the military released its stranglehold. I recall a buoyant mood marked by much enthusiasm and curiosity about what might happen next.

The Myanmar participants – drawn from the high ranks of officialdom, business and the world of ideas – seemed to relish the new space for such transnational discussion.

At one stage the question was put to the Myanmar side: “Do you feel closer to India or China?” There was much umming and ahhing. Everyone agreed that it was a good query but there was some reluctance to engage the question directly. Hesitant suggestions about this or that aspect of Myanmar society took minutes to explain, scarcely getting closer to an answer.

Then one of the most powerful Myanmar players at the table spoke up. He indicated that the reason they were struggling to respond was that the real answer was “neither”. Based on his experience, he argued that the Myanmar people felt more affinity with the Western democracies, and particularly the English-speaking countries, than with China or India.

Some people were incredulous, confused and unwilling to accept the notion. But many from the Myanmar side nodded their heads.

Of course, this group was hardly representative of Myanmar society as a whole. They were English-speaking, influential, often wealthy and generally cosmopolitan. And yet when encouraged to explain the situation, many other voices spoke up about the enduring affection for Western institutions, practices and culture.

All the decades of anti-British and anti-American bombast had, they indicated, only reinforced the view that Myanmar enjoyed common cause with the West. Retired senior military officers at the table would not disagree.

The suggestion that few senior Myanmar figures spoke Chinese or any Indian vernacular was offered as an example of the regional cultural disconnect. I have heard it said that even those Myanmar powerbrokers with recent Chinese ancestry are often far more comfortable with English than Putonghua.

More generally, Chinese investments in language-learning, through its Confucius Institutes and similar programs, seem to have failed to get the people of Myanmar enthused. But queues for English-language education are growing by the day. For all the anti-colonial rhetoric, Myanmar’s elite has long imagined a future where they could once again work closely with the West.

Is this one reason that, notwithstanding frustrations with Myanmar’s tentative transformation, there is such commitment to leaving behind the legacies of dictatorship?

I have very rarely heard Myanmar colleagues praise the Chinese political system. Grudging respect for its decades of economic boom has not translated into any intention to mimic its internal management.

There are also worries that Chinese pragmatism about such political matters cloaks more devious plans for Myanmar’s future. In recent weeks the tone of some public discussion of China’s role in the peace process offers a hint of how grimly such concerns are explained in private.

When it comes to India, for now there is less day-to-day interaction. The trend, since colonial times, has been the long-term diminution of mutual affinity. We see the tail end of this process in fervent anti-Rohingya activism. Racism might play a part, but so does a perception of sub-continental economic paralysis.

Of course this misses all of the vigour and prosperity currently sweeping parts of South Asia, where new technologies are transforming what had become stale economic models.

In any case, I don’t imagine we will be seeing a rush of Myanmar students signing up for courses in Hindi, Assamese or Bengali. They will take English instead. That makes sense as the common post-colonial tongue offers access to India and so much more.

Such elite affinity with the heritage of the English-speaking democracies suggests that in the messy period to follow the election there are some big, and often unexplained, opportunities for Britain, the United States and all the rest.

If Myanmar holds a free and fair vote then it will have taken brave steps that most of its neighbours have struggled with. The Western democracies will stand to applaud and offer further support.

Such steps by Myanmar’s powerbrokers could help to reinforce some other long-dormant ties.

As India continues to rise we should look for greater affinity between its democratic government and the leadership in Nay Pyi Taw.

This has not always been an easy relationship, with Myanmar democrats, including Daw Aung San Suu Kyi, often feeling betrayed by their Indian cousins. Having spent some of her formative years at school and college in India, and parts of her adult life in Bhutan, the National League for Democracy leader has a lifelong connection to the sub-continent.

Her personal affinity for India is a wild card in what happens next. Could this friendship be rekindled? In a region where democracy has shallow roots, the right leadership could turn Myanmar and India into a surprisingly good couple.