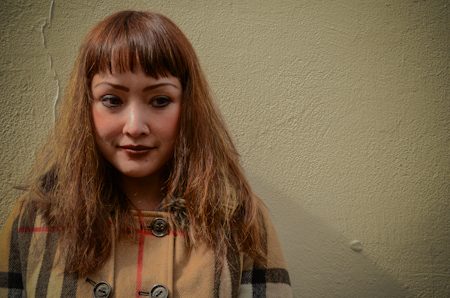 Why I speak out against the Thai Monarchy I was brought up in a royalist family in Thailand. My roots are also intertwined with the monarchy.

My grandparents worked for the royals and my family back home is a staunch supporter of the yellow cause. We always watched the nightly royal news (more like propaganda to me now) every night at 8pm, just like the rest of the population.

We adored the royals and their ostentatious outfits and lavish caravans of cars. They all looked like gods, untouchable and to be feared.

I first became disenchanted with the Thai monarchy during my last two visits to Thailand and prior to my lese majeste charge.

While visiting what I once called home, I often walked the streets and mingled with the locals, eating noodle soup on the streets. I talked with the street vendors and found that they all have a very hard life to say the least.

I remember one vendor so clearly; an elderly man, in his late 60s having to get up at 4am every day in order to prepare for another long shift selling noodles to passers-by from dawn till dust in order to make ends meet.

He said he would be lucky, after expenses, to make around 500 baht (approx $US 15). He and his family of four lived in a slum area of Klong Toie. He had worked at his stand for about 15 years and little had changed for him in that time. In contrast, as we talked I noticed several expensive Mercedes Benz zooming by. Some even stopped to pick up am order “to go.”

On other occasions, I rode in a taxis across Bangkok. Again, the drivers expressed their sense of hopelessness for the future; destined to driving the smoggy streets, simply not knowing what else to do.

One driver told me that after paying his taxi-rental fee, food and gasoline, and after driving some 10-hours, if he is lucky his take-home pay was about 500 baht; the same as the noodle vendor.

While visiting Thailand, I also talked to many manual labourers and found that life is also very hard for them and their families. Most of them get paid a minimum wage of 300 baht per day, while about 30 per cent earn between 150-200 baht working 10-hour shifts. These are the under aged workers in restaurants, factories, and the sex industry and parlours.

Such is life for Thailand’s majority, which basically drives the nation’s economy; what is known to foreigners as Thailand’s cheap labour.

Owners of such establishments are all royalists following the footstep of King Bhumibol who promotes his ‘Sufficient Economy’ everywhere. And each evening when I was at home with my parents watching TV, there would be the so-called ‘promotional’ ads proclaiming the greatness of the royals every hour.

Since the military takeover of May 2014 the propaganda peddling has gotten worse. As The New York Times’ Thomas Fuller has reported, coup leader General Prayuth Chan is spending $US 540 million on a promotional campaign with the ever so subtle moniker ‘Worship, protect and uphold the monarchy’.

This money could have been better used for the poor. The fact is, Thailand is still a very poor country after almost 70 years of rule by King Bhumibol. Meanwhile, the king’s Crown Property Bureau prospers exponentially every year and is worth at least $US 43 .8 billion dollars (with some experts claiming this estimate is too low).

It controls 15 per cent of the country’s GDP and owns businesses throughout Thailand and the world. But because Thai people are passive in nature, they don’t complain.

What disturbs me so much is the fact that according to Forbes magazine, the Thai king is considered the richest monarch in the world. Yet, he continues to receive a yearly royal budget from Thai taxpayers potentially worth some $US 500 million dollars without feeling guilt or shame. I don’t know how he can justify his Sufficient Economy when it comes to his own self-interest.

All the while, Thailand’s poor continue to pay the price of his long reign. When you count the cost, it’s enough to make anyone scream and shout, let alone speak out.