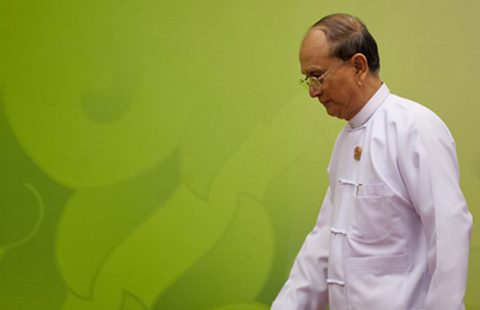 Will Myanmar’s reforms continue after 2015?

As Myanmar prepares for its first general election since its political reforms began under President Thein Sein in 2011, observers are wondering about the prospects for continued political, social and economic policies after 2015. Whatever the actual results of the elections, domestically, the impacts on political and social change beyond 2015 should be extensive, and the institutional and psychological effects on Myanmar will be equally profound.

Not surprisingly, the extent of uncertainty about the near-term future, and especially about the political complexion of a post-2015 government worries some people. Nothing about the elections is yet decided, for example: the date (possibly November 2015); the parties (with amalgamations and realignments still occurring); the candidates (Aung San Suu Kyi will stand for the elections, but under the present constitution cannot be a candidate for president; President Thein Sein originally said he would not re-contest, but may be having second thoughts); and the policies (official campaigning will not commence until just before the elections). It cannot be assumed that many more details about policies will emerge before the elections as parties and candidates concentrate on their electoral preparations.

To some extent, the trajectory and direction of current reforms can be expected to continue. The main reason for this is the widespread expectations that have been generated around the promise of political and policy change. Of course, the current reform agenda still contains much unfinished business – educational reform, for example, is just starting, with the passage only in September 2014 of the new university law. Media reforms and procedures governing political activities (protests, strikes, etc) are still being refined. Nevertheless, most issues have already attracted extensive public debate, with active participation from opposition parties, including (since April 2012) the National League for Democracy (NLD), so to a considerable extent the views of different parties on many issues are already known, so the risk of unexpected developments should be low.

In other important areas, such as rule of law and judicial system reform, however, change has not yet really begun. Indeed, public discourse over what is needed or what is feasible has not really advanced far at all. Myanmar’s politicians are perhaps being cautious about committing themselves too specifically too early on sensitive or complicated issues, and we may not see significant developments between now and the elections. Yet it seems clear from the amount of public manifestation we have already witnessed – much more than ever before in modern Burmese history – that the people are hungry for more change.

Indeed, in the past three years, Myanmar has benefited from more discourse about public policy issues than ever before. In most key sectors, major reviews of policies and priorities occurred during 2012–13. Such issues have attracted active participation from opposition parties, in the parliament and through the media, and through workshops and regular consultations, with more contestation of ideas than has ever been permitted in the past. This is not to say that priorities and policies have been adequately discussed in all cases, or that the present opposition parties would necessarily be prepared to accept all these programs proceeding after 2015. But it is probably unlikely that the proposals outlined in all of these plans would be radically overturned. In these circumstances, it would be surprising if most, if not all, the momentum towards reform were not maintained.

On the other hand, there are plenty of indicators already in place directly affecting the nature of the government agenda beyond 2015, and these allow some predictions as to what might be expected, no matter the type of government. Many examples can be found where policy and program priorities have been already set for beyond 2015. Most of these plans are likely to have bipartisan support (a new concept for Myanmar?) – at least in general terms, if not in the specifics. While some new plans might superficially resemble the centralised planning Myanmar engaged in in the past, since they have been drawn up in the reform period they should reflect current expectations and aspirations. Many of the new plans have already been promised international funding for a 4-5 year period, so the incentives are strongly for maintaining such medium-term programs.

Examples of some of the long-term plans already approved are:

In addition, and importantly, in the many areas where international assistance is required to ensure sufficient capacity, a number of international agencies have already promised funding for some fundamental reforms over a longer term extending beyond 2015, such as:

It would be unlikely that any new Myanmar Government after 2015 would object to these programs whose funding is already guaranteed and whose design had already been open for debate.

At another level, after the elections there will also be continuity in Myanmar’s formal integration into the ASEAN Economic Community from 2015. This means that many elements of Myanmar’s integration into the regional economy can be foreseen, and are on a reasonably predictable path for the next few years at least. This is not to say that beyond 2015 Myanmar will not continue to experience many domestic economic policies of its own, but external policies – such as trade and investment related policies –will continue to be aligned with agreed ASEAN standards.

No assessment of future trends in Myanmar can ignore the ongoing serious sources of internal conflict and tension, which in some cases have intensified since 2011 and for which solutions are not necessarily yet in sight. These include communal conflict between Buddhist and Muslims, the unresolved Rohingya problem, and the instances of running insurgencies with the Kachin and some Shan groups, which have not been amenable to improvement through the Myanmar Government’s peace process for negotiations with all ethnic groups. Such problems remain major political risks for Myanmar for the medium-term, and will affect attitudes to Myanmar inside and outside the country. However, although their continuation significantly complicates Myanmar’s political transition, it does not necessarily mean reform will stop.

The single potentially most worrying element of political risk is the possibility that the broad political “understanding” between the current government and the army on the one hand and all the opposition groups on the other might collapse. This scenario is especially fraught if it extends to the army being so frustrated that they are tempted to stage a military coup. At the moment, this “understanding” is only sustained by personal commitments on the part of President Thein Sein and Aung San Suu Kyi in particular. However, it enables the sort of unprecedented “reconciliation” meeting between political leader that was convened on 30–31 October 2014, at the instigation of Thein Sein, and that can be crucial for avoidance of outright conflict.

Broadly, the period after 2015 will be critical in bringing about the next, arguably urgent, stages of political reform, if Myanmar is to achieve the democratic consolidation it now needs. This will include embedding a form of practical federalism, with real decentralisation of government authority, real contestation of public policies, and real participation of regional populations. But it should also encompass a gradual withdrawal of the army from all but national security responsibilities.

Trevor Wilson is a Visiting Fellow in the Department of Political and Social Change at the Australian National University. He previously served as Australian Ambassador to Myanmar.