In Yangon, Myanmar, there is a remarkable coming together of women.

From the urban sprawl of Yangon to the rural countryside, the border internal displacement camps and the conflict zones inside Myanmar, women are meeting to discuss the new National Prevention of Violence Against Women (NPVAW) law.

For the first time, there is dialogue between the state and civil society around the law. This is also the first bill to have civil society engagement in the drafting process.

It’s just one example of how women’s organisations in Myanmar have been and remain major actors in pushing for a peaceful and democratic state.

The degree to which women can express their political interests and human rights is a major indicator of democratic transition. It’s therefore revealing that at the moment, parliamentary representation of women in Myanmar is 4.6 per cent.

There are only two women in a senior ministerial position (Myat Myat Ohn Khin of the Ministry of Social Welfare, and Khin San Yi, Minister of Education) and no women in the Nationwide Ceasefire Coordination Team (there are, however, women in the numerous ‘backroom’ committees that support the ceasefire talks).

Yet, there is an impressive array of women’s activism across Myanmar’s seven states and regions.

During a recent research trip, we spoke to women representing different ethnic and political groups raising money for victims of this year’s devastating floods in Mandalay region.

Some of these women once worked for the government and are now working in HIV/AIDS prevention and treatment programs – seeking to break through stigma about drug addiction, prostitution and trafficking. Others have worked with migrant workers and human rights education at the Thai-Myanmar border and returned to Yangon after 2010. 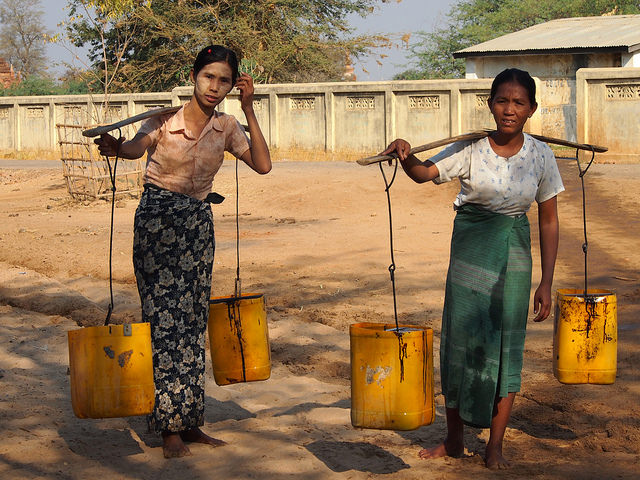 All of these women talked about the importance of an inclusive political process that addresses gender inequality in Myanmar’s social, economic and political structures.

Women’s civil society organisations continue to be the key campaigners for human rights awareness in Myanmar, often at great personal risk. These groups are making visible incidences of violence against women (intimate partner violence, domestic violence, sexual violence, sexual harassment) to highlight to the state and international organisations the need for services and laws, to address impunity.

They have also been contributing to discussions on free and fair elections on November 8, on the National Ceasefire Agreement (NCA), and the passage of bills that affect the right to equality and non-discrimination under Myanmar law, particularly the four controversial marriage and populations laws.

It is hoped these efforts by local women advocates, human rights defenders and community activists will assist a peaceful transition to democracy.

There remain, however, many tensions and grievances. Myanmar is in a rapid state of transformation, and there are three developments in the next six months that will be crucial for Myanmar to progress as a stable and unified democratic state: the NCA, the November Parliamentary elections and the Presidential appointment in March 2016.

Each is tremendously significant in a situation where grievances could easily surface. We heard three major sets of grievances during our visit: the failure to address past (and present) issues relating to human rights violations; deepening social and economic inequalities; and the need for public services in an environment of continual crises that include both seasonal and natural disasters, as well as myriad armed conflicts.

Past (and present) grievances
Currently, military immunity provides impunity for all forms of violence against women perpetrated by non-military, armed and non-armed perpetrators. It is concerning, however, that sexual violence in armed conflict may be taken out of the National Prevention of Violence Against Women (NPVAW) legislation before Parliament.

After 18 months of consultation and more than a decade of reports of widespread and systematic sexual violence in conflict areas, this law had the potential to build trust between civil society and government. It is a disappointment and short sighted to take this issue off the agenda.

Military rape is the tip of the iceberg of sexual and gender-based violence in Myanmar. Failure of the state to address it within their military and police permits non-state armed groups to do the same. This failure also raises the concern that immunity for past and present crimes of conflict-related sexual violence by Tatmadaw and non-state armed groups may also be in the outcome of the National Ceasefire Agreement.

Above all, immunity facilitates the perpetuation of structural inequalities in the transitional, post-conflict state where any violence against women and girls is acceptable precisely because it is reinforced under state law.

Where will this lack of justice leave women and girls, those most affected by these crimes?

With more international pressure, there is the chance for turning this around both within the ceasefire process and the political processes that will follow. The UN Secretary-General Special Representative on Sexual Violence in Conflict statement to the Security Council on addressing the culture of impunity for sexual violence in security sector reform did not include Myanmar, but must do so in future statements. 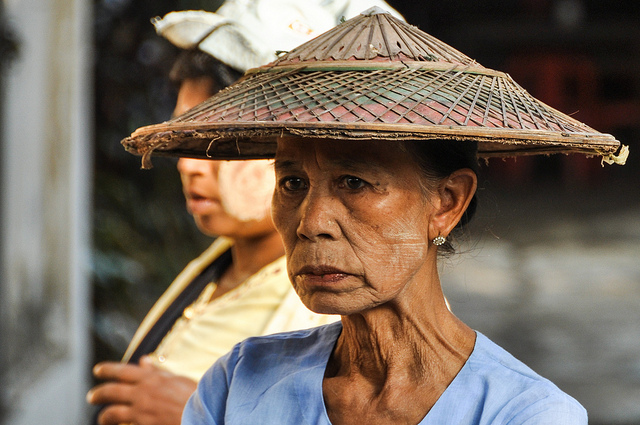 Ongoing inequalities
The population control and marriage bills passed by Parliament earlier this year not only exacerbate ethnic divisions; they dramatically highlight how women and women’s bodies are viewed in Myanmar.

The ethnic divisions within the country, fuelled by the prevalence of poverty especially in Chin and Rakhine states, has perpetuated the identity of women as birthing vessels for the reproduction of ethnic groups.

Women are either enemies of the state because they give birth to unwanted populations or they are allies because they may continue the line of ‘Myanmar’ children or in some cases, furthering the population for non-state armed groups’ struggles.

In Myanmar, this ‘politics of the womb’ explains why decades of sexual and gender based violence has been part of the pattern of political violence: for minority women, their ethnic, religious or political affiliation is exacerbated by their subordinate gender status.

Laws that perpetuate this status are a danger not only for addressing the long term structural inequality of women, but also because they place women at high risk of sexual and gender-based violence in conflicts as has already been seen in Myanmar.

Continuation of crisis
Finally, much capacity has been built in Myanmar around responses to disasters and conflict. But what is most clear when talking to the women organising relief and advocacy is that the government has a role in assisting the country’s transition from a culture of crisis.

There is much discussion about service provision in the states and regions. The prospect of more internally displaced persons returning to their homes and lands, particularly if the ceasefire negotiations take place, coupled with a rise in land-grabbing practices to make way for mines and other state and foreign investment developments, provide numerous new risks for political grievances.

Under Myanmar law, women should have equal rights to land ownership and land inheritance, but in practice they are often denied these rights due to local customs that privilege male lineage over women.

Nor is there opportunity for women to seek support where most township administrations are dominated by men, and in some cases, Myanmar state military.

This is just one example of how women’s equal social, economic and political status is constrained across Myanmar. But, it also highlights women’s particular vulnerability in situations of conflict and natural disaster.

The most pressing risk in the next six months is that women’s rights and participation may be sacrificed to group rights and group participation in order to achieve security and political stability. 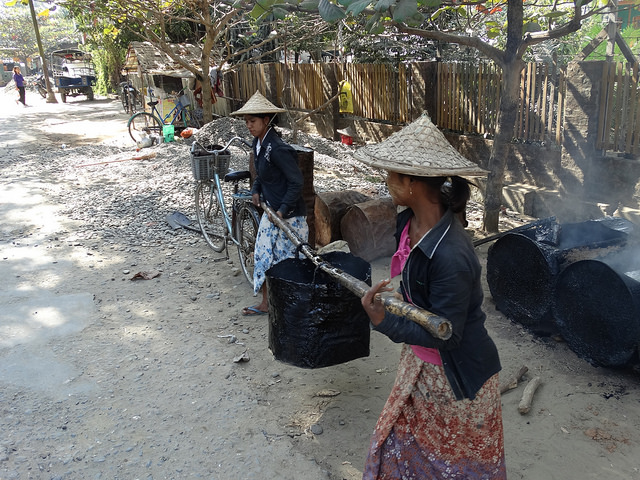 We see three major events and narratives that require government and international attention to ensure women’s rights and equal representation, before the law and in practice, are not subordinated.

Firstly, there is an obvious need for the NCA to enable free and fair elections to progress the democratic transition. But there is a need to also address and include past crimes and rights violations for moving forward in communities.

Secondly, the November election; the campaign for representation often requires and depends upon ethnic group solidarity and struggle. But will appealing to this base be transformative? And will ethnic-based organisations enable representatives to address women’s interests and concerns?

Finally, climate affects the protraction and scale of conflict. The ceasefire must be negotiated before the dry season, when fighting will resume. Cyclone Nargis opened Myanmar up to the world; can the state continue to view climate as an enabler for peace and develop the capacity to support, enable and protect all populations by becoming the source of humanitarian and social welfare?

The international community has the framework in place for assisting the Myanmar state with becoming a responsible sovereign for all of its population. The ceasefire agreement and the democratic elections will provide the state with the mandate to achieve this.

Imagine if Myanmar became the pilot case for implementing the new, soon to be ratified, post-2015 Sustainable Development Goals (SDGs) and sought to realise these mutually reinforcing goals: ending violence against women; promoting social inclusion by reducing inequalities; creating a sustainable natural environment; and bringing peace and reconciliation to all groups in Myanmar.

The opportunity is wide open for Myanmar to broker peace and continue the unfinished journey to democracy.