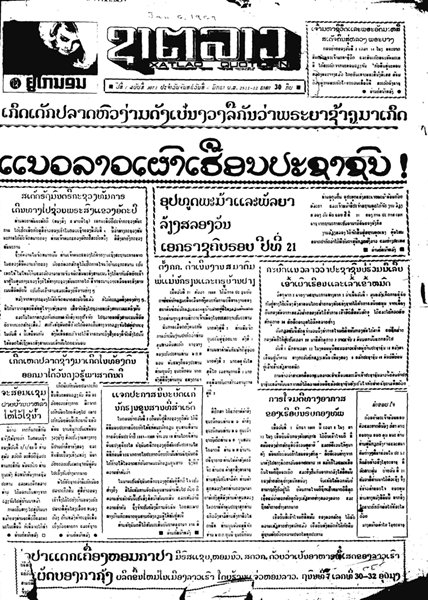 The National Library of Australia has just acquired a complete microfilm series of the Lao newspaper Xat Lao which was published, with American funding, between 1963 and 1974. The paper has good information on the daily activities of some of the key figures of the period, such as Suvannaphouma and Suphanawong. There is interesting and relatively “free” discussion about corruption in the government and the military and some interesting poetry and fiction that reflect the American-fuelled bubble economy of Vientiane at the time. The paper also includes a series by Maha Sila Viravong on the standardisation of the Lao language and on the culture, customs and history of Laos. Not many libraries in the world hold this important resource.

Here are a few sample pages.