I have spent over a decade working in, on, and with Myanmar. Time spent listening to women talk about their experiences of the many conflicts affecting not just their lives, but the lives of the people who came before them, and the people who will come after them. This is what I’ve learnt.

Women are the backbone of their communities. Women are responsible for making sure their families—their children, the children of their sisters and brothers who passed too early, their veteran husbands, their drug-addled sons—survive.

And this is getting more difficult as each year passes. The conflict in northern Myanmar has lead to increased poverty: the lands of fleeing families have been confiscated, and markets are hard to reach when checkpoints close the road to all but the wealthy or the connected. Many lose all that they own when they flee. Houses are looted, burned down, taken over by soldiers.

In the displaced people’s camps—which house an estimated 120,000 people—an increased number of households are headed by women. This is because men leave their homes, are drafted as soldiers to fight on the battlefield, or migrate to work in jade mines or factories. Many become addicted to the heroin flooding the streets of Kachin State and northern Shan State.

The UN reports that a majority—almost 80%—of the people living in displacement in northern Myanmar are women and children. Women and their dependents. The survival of their communities has become their responsibility. The Tatmadaw has stopped humanitarian aid from arriving to camps in Kachin and Northern Shan states since April 2016. 42,000 people remain without access to basic aid. As one woman I speak to says, “the shoulders of women are heavy.”

Girls are being married off much too young. Sometimes for money. Sometimes for protection. Sometimes for food. It is not always easy to untangle the reasons. Families are too poor to provide food and education for their children. And the soldiers are too many. So many that a representative for an organisation I visit in northern Shan State tells me she doesn’t know, and doesn’t have the energy to care, which three militia groups we encountered on our short drive to her office. “Oh, they are so many around here” she says, and shrugs her shoulders. “It’s impossible to keep track of.”

Women tell me that these militia groups—local Tatmadaw battalions included—target local families and local communities for land, cattle, and people. Rapes reportedly increase in the areas where they are stationed. Some people say safety for young girls lies in having a husband, either in China or in the military: a soldier husband. I begin to wonder what the word “safe” means. It loses its meaning when there is war.

Girls and women are not much safer in displacement camps than outside of them. Or maybe safety means something else. They are safe from bombs perhaps—although not even this is guaranteed as recent Tatmadaw’s aerial attacks near camps in Kachin State show—but not from other violations, including rape and domestic violence, which occur with appalling frequency in the camps.

Many camps are designed without any thought given to women and girls’ safety, despite the fact that women and children make up the majority of people living there. A group of women I speak to outside of Myitkyina tell me about broken locks on the doors of their toilet stalls, and a lack of washing facilities. They help keep watch over each other, at least over the girls, to keep them safe. They don’t always succeed.

Motherhood can kill. Maternal mortality is already very high in Myanmar; in conflict areas, women’s access to health facilities, midwives, and medicine is seriously restricted. Pregnant women run from attacks with smaller children strapped on their backs. They give birth in fields and on the floor of bamboo shelters without proper care. Undue stress and heavy labour during pregnancy may result in prolapsed uteri, difficult births, and can kill women—or kill children too who are born too early, too skinny, too small.

I speak to camp leaders who tell me that they do not allow contraceptives to be disseminated in their camps because doing so would defy the word of God. I speak to women who have self-induced abortions with bamboo sticks and deep “massages”. They already have too many children to feed. In Myanmar abortion is not allowed unless the mother’s life is at risk, and contraceptive use is very low at about 30–40%.

Within the context of the conflict—when there is a lack of health care, or economic hardships that mean that families cant afford another child—unwanted pregnancies can result in serious harm for mothers and children. In Myitkyina I meet a young woman who worriedly tells me that her mother hasn’t been able to leave her bed for several months. She took pills from China to induce an abortion. I speak to the young woman in March; her mother took the pills in November. Her family is now straining for money. This young woman wants to go to university but cannot afford it. Maybe she will migrate abroad to work.

Women are, in the face of all of this, mobilising to change the future for their communities. Women’s groups are organising aid, advocating for peace, spreading knowledge about rights, and helping women and their families gain a better future. Women’s groups working in these conflict areas have the creativity, resilience, experience and know-how needed to change developments in Myanmar for the better, if only they are listened to.

Unfortunately, they are often not listened to. A friend of mine told me how the older men attending the peace conference she spoke at removed their hearing aids when it was her turn to talk. Sometimes the pushback is more subtle. Meeting invitations are sent so late that working mothers cannot drop everything and come; meetings are held in places seen too dangerous, too remote, for women to travel to.

But in the face of all of this, Myanmar women are mobilising for change: calling in their ideas to meetings they cannot attend, organising networks and allies. They are lobbying leaders, training their communities, and leading change. They aren’t relying on outsiders to call out discrimination, or to organise to demand their rights. They are seeing and addressing both discrimination and insecurity, providing important lessons for all of us, if we listen.

Jenny Hedström is a PhD candidate at the Gender, Peace and Security Centre at Monash University. Her research examines how the political economy of the household supports militarisation of non-state armed groups, with a focus on the Kachin Independence Organisation (KIO) in Myanmar. You can find out more about Jenny’s work here and follow her on Twitter at @HedstromJenny.

More on gender in Southeast Asia… 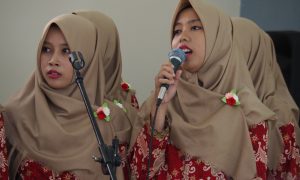 A report from the pathbreaking Indonesian Female Ulama Congress in Cirebon, West Java. 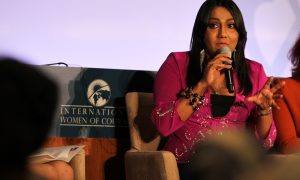 Understanding the state’s aversion towards sex-reassignment in Malaysia.