Sara Niner is a Lecturer in Anthropology at Monash University. She first visited East Timor as a backpacker in August 1991, during the Indonesian occupation, and afterwards joined the solidarity movement for East Timorese self-determination in Melbourne.

Her biography, "Xanana: Leader of the Struggle for Independent Timor-Leste", was published in both English (2009) and Portuguese (2011).

​Sara Niner's new book "Women and the politics of Gender in Post-Conflict Timor-Leste" will be out in August 2016 published by the Women in Asia Series, Routledge. 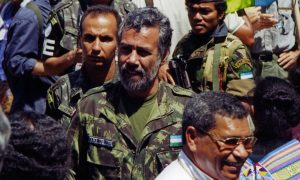