But Thanathorn has made clear that the Future Forward Party has no intentions of being a Pheu Thai shadow: Anakot Mai aims to act as a ‘third option’ to break the stalemate between Shinawatra-aligned parties and the old elite. Thanathorn has previously stated:

Last week, New Mandala’s Thailand country editor Cat Yen invited Thanathorn to speak pragmatically about the compromised electoral conditions the Future Forward Party is likely to face, and confront head on the scepticism that followed the party’s debut. Due to Thanathorn’s tight schedule, he was able to answer only a few of the questions New Mandala submitted.

The Future Forward Party has not been able to release a policy manifesto due to the junta’s ongoing ban on political campaigning. What will be the most difficult restrictions during the pre-election and election period? How does the party plan to mobilise support under oppressive conditions?

NCPO Head Order No. 3/2558, which restricts more than 5 citizens from gathering and participating in political activities, is the most obvious obstacle preventing political parties from engaging with people. Political campaigns can be done online these days, but it is impossible and totally undemocratic to have an election without free and intense on-ground activities—especially for newly-founded parties which face the crucial task of building up credibility and recognition among voters.

We then call for the repeal of NCPO Head Order No. 3/2558 and other despotic laws that infringe citizens’ basic rights, in order to create a genuinely free and fair election. Even without NCPO Head Order No.3/2558, we would still have to live with the organic laws on the election of MPs and the selection of [unelected] senators, which were crafted especially to undermine political parties and an elected government. The fundamental laws concerning the two most important political institutions in the country are flawed to the point that even the ones who created them seem stuck in their own trap!

However, there is one benefit we accidentally got from the constitution: the change in calculating party-list MPs. Under the new rule, every vote counts. We are hopeful that even if we cannot win in individual districts, no vote will be void when it comes to determining a party’s proportion of seats. [Editor’s note: under Thailand’s new electoral system, the lower house is constituted by 350 constituency seats and 150 party list seats. Rather than casting two separate votes for a candidate and a party list respectively, each vote represents a fused ballot for both a candidate and that candidate’s party]. 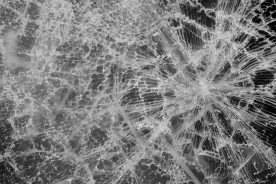 Information warfare being waged in Thailand.

The more the regime tries to prevent a natural election process, the more people will resist the NCPO’s control. I also believe that more than 4 years under the junta has been enough to make people realise the need for change. What we need to accomplish is the establishment of our party as the change people can believe in, the change that answers as many people as we can. I also believe in social media, a platform that is not easily controlled even by guns or despotic power. We can use social media to reach out to people all over the country. There are nearly 50 million Thai Facebook accounts, in proportion to 69 million Thai citizens.

One scholar has said about the Future Forward Party that, “Thailand desperately needs a political party opposed to the military, but winning seats in parliament will not be enough. What is required is the building of mass social movements. Thanathorn and Piyabutr have so far failed to mention the need for such an extra-parliamentary movement”. Could you please respond to this statement?

Did we fail to mention the need for a mass social movement, or extra-parliamentary movement? On the contrary, we have since the beginning insisted that we are forging a “mass party” that is enduring—not just to win a few elections. In our party’s blue-print, we have a youth wing and a worker wing. We are a political institution that will work both in and out of parliament to support democratic values, inclusivity, freedom, equality and justice. This is a long-term project regardless of the result of this upcoming election. We realise that these values cannot be planted in Thai soil only by having one election, but that they need enduring political and social movements.

The founding members of the Future Forward Party have been criticised as primarily representing the middle-class. How does the party plan to build grassroots support in rural areas and among working class voters?

How can you judge that people from a middle-class background cannot deliver policies that grass-root voters will be satisfied by? A political party proves itself by the policies it proposes and outcomes delivered from these policies, not just by members of the party. However, we are fully aware that diversity among members is crucial. Our founding members consisted of workers, students, farmers, teachers, writers and businessmen. This combination has never come together before in the Thai political arena. As soon as we can present our policies to voters, we are confident that they will prove we are not a middle-class party, but a party for all.

How do you think the Future Forward Party will fare in the Northeast (the historical bastion of support for Pheu Thai) and the South (the historical stronghold of the Democrat party)?

We do not separate voters into just grass-roots and middle-class, or Isaan, northern or southern voters. We see Thai people in 2 shades: those who believe in democracy and those who embrace the military regime. The latter might not choose us, but the first group will be our potential voters—regardless of their socio-economic or geographical background.

In your opinion, how will Pheu Thai fare in the next election?

I believe, as well as others, that Pheu Thai will fare well in the election. Their popularity has been deeply seeded in rural Isaan and northern provinces. 4 years of calamity under the NCPO guarantees they will gain more than enough seats to become the biggest party in the parliament.

However, that does not mean people will not change their mind at all. There is a considerable number of voters who have had enough of the decade-old political war between Pheu Thai and the Democrats, which resulted in 2 coups in 8 years. These parties cannot deliver solutions to socio-economic issues bungled by a lost decade of political turmoil, nor can they provide an exit to this political deadlock. These people need a new actor who can propose a new solution, a new force added to the democratic side to balance the game.

There are also 7 million voters who have never voted for any party. These 18–25 year-old voters are still looking for a party that can represent them. We believe the Future Forward Party can capture their interest. This is not merely a task of winning an election. We also wish to prevent Thailand’s younger generations—the future of the country—from being passive in politics just because they cannot find a party worthy enough to vote for.

What makes the upcoming elections different from elections held over the past decade? Thailand’s new election system is designed to promote the emergence of a weak, coalition government—in the event that a majority is not formed in the Lower House, the Senate may appoint an unelected prime minister. How will the Future Forward Party prevent competition with Pheu Thai (and other parties) from playing into the junta’s plans?

Despite all the unfair rules and regulations crafted especially to favour the junta, I see this election as one of the most crucial in Thai history. This might be the only election where people will vote to choose between democracy and authoritarianism. In a way, it is a referendum that calls people to choose between “Prayuth Again” and “No More Prayuth”, since it is becoming clearer each day that Prayuth is trying every way to stick to power, through the election and the parties that wish to support him.

This election is also the only election where you can be pretty certain that the party who gains the most votes will not be allowed to form a government. This reflects how distorted democratic mechanisms have become under the laws designed by the junta.