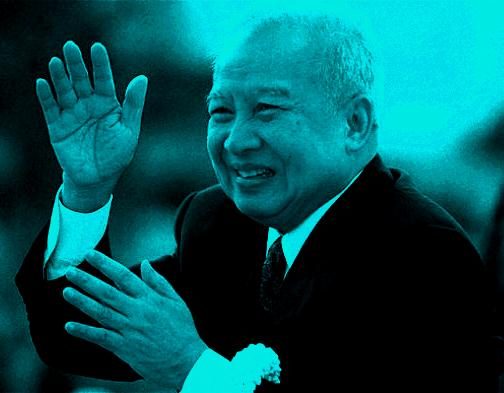 A much misunderstood monarch 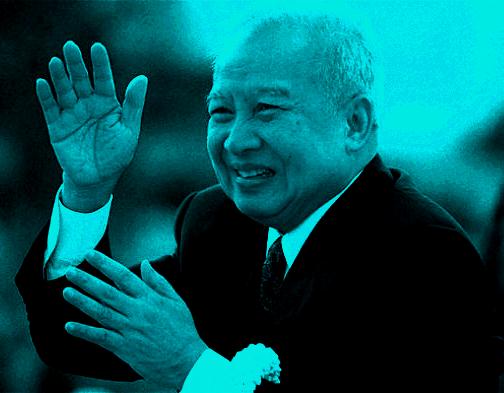 Norodom Sihanouk, former King and Head of State of Cambodia, passed away on 15 October 2012 in Beijing following a heart attack. He had been in China for several months undergoing medical treatment.

It has become politically correct to write in such manner that everything the late monarch achieved for his people or for his country has to be belittled or assessed with derision. If you dare to write differently and point out to the many achievements of Sihanouk then you are considered yourself a “minion of Sihanouk” or as being as “mercurial” as he was himself, mistakenly in my view, tagged by the Western press.

Sihanouk was neither perfect nor mercurial. He was unpredictable but isn’t unpredictability the only possible strategy available to the leader of a small, defenceless, country dependant on foreign aid, faced with competing foreign powers which will help provided you join their camp? Sihanouk mastered the art of playing one side against the other and kept everybody guessing.

King Sihanouk insisted that the very survival of his nation in the inter┬нnational jungle of the mid-20th century demanded two things: internal unity and external neutrality. He believed that any breach of either national unity or external neutrality would pose a mortal threat to Cambodia. And he was absolutely right, as subsequent events in Cambodia have proved. Once Cambodia’s unity was broken by the US supported coup d’état of 18 March 1970, Cambodia entered the most tragic period of its existence.

Even as the body of the former monarch was being transported to his homeland, Australian, US and other western academics, with diplomatic, intelligence or military careers behind – kept peppering the late monarch with suspected hoary Cold War injury. They continue to refute the argument which suggests that the US had a hand on his deposition. Yet, more and more declassified documents, oral histories and interviews with former US intelligence officers tell a different story, a story of American cover operations to help Lon Nol and his military to depose Sihanouk.

A real patriot who loved his country and his people above everything else, he was much maligned because he made films, mostly about Cambodia. These films were not intended for a sophisticated and cynical international audience. Nor were they intended for the self-styled Cambodian urban elites, who from the day of his coronation in 1941 provided the permanent core of the opposition to him and his rule.

Sihanouk set himself from the beginning of his reign the task of rebuilding Khmer identity and national pride around the historic monarchy, Khmer history and culture, and Buddhist teachings. He soon realised that films could provide an invaluable tool in the process and there is no doubt at all in my mind that he was right. His films were fables or moral tales and they worked.

His closeness to the people and his referring to his people as “his children” has been misinterpreted by foreign academics as preventing the people from having the right to their own ideas and as crippling political developments prior to his deposition. I feel this assessment is mistaken. The late King had a strong instinctive understanding as well as a real sympathy and compassion for the rural population of Cambodia and enjoyed being amongst them. This feeling was quite clearly reciprocated.

Above all, Sihanouk is remembered by the rural population of Cambodia for hav┬нing promoted a national consciousness and unity of purpose which brought modest but solid prosperity and progress to Cam┬нbodia and for keeping the country from entanglement in the conflagration of war which was destroying Cambodia’s neigh┬нbours, Vietnam and Laos.

No matter what has been said of the late King, the historical record will show that he was devoted to his country and people and that he achieved much for them in face of the lack of comprehension of his policies and actions from the western world.

Ambassador Julio A. Jeldres is a former Senior Private Secretary to King Sihanouk, an Adjunct Research Fellow at Monash Asia Institute and a Doctoral Candidate at the School of History of Monash University.