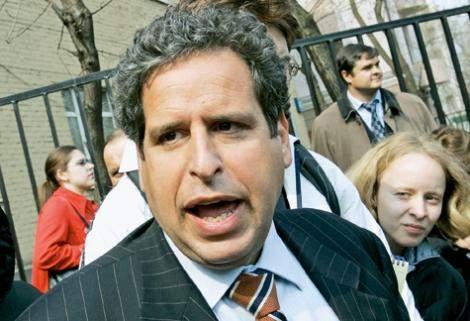 Thailand through the prism of the dual state

Within days of taking office, the new Pheu Thai government has found itself at the center of a new and intense conflict. The conflict is not set in the halls of parliament, nor is it subject to the transparency of an election or the safeguards of an independent judiciary. Just as in the aftermath of the two previous elections, in 2006 and 2007, from which the predecessors of the Pheu Thai party received strong mandates from the people, forces outside the official political process threaten the survival of the government in the wake of its overwhelming victory in the 2011 elections. The extra-parliamentary, extra-legal character of the conflict reflects Thailand’s nature as a “Dual State,” a subject I have written about extensively in my work on Russia.

German political theorist Ernst Fraenkel defined the Dual State based on the coexistence of two functional systems. The Normative State is a state governed according to clearly elaborated legal norms, adhering to some level of accountability and due process pursuant to the law. The Prerogative State is a state defined by the arbitrary exercise of power, unchecked by law, subject to the discretion of more or less hidden powers. While some polities function exclusively as either Normative States (e.g., Norway) or Prerogative States (e.g., Libya under Gadhafi), many countries described as “authoritarian” or “hybrid” regimes, including Thailand, combine elements of both. As Ernst Fraenkel has argued, the operation of a Dual State allows illiberal regimes to preserve the appearance of legalism. Legalism not only helps the regime’s legitimacy; it is crucial to capitalist economic activity. Formal laws enforced by semi-autonomous courts preserve entrepreneurial liberty, the integrity of contracts, private property rights, and competition, making it possible for the economic system to work in a smooth and predictable fashion.

Thailand’s Normative State is ruled by a government supported by a majority in the elected parliament. Written rules and procedures regulate the operation of the state, demarcate the separation of powers between different branches of government, and set the limits of government authority. Based on the formal structure of the Normative State, Thailand is often described as a parliamentary democracy that operates under the framework of constitutional monarchy. That is clearly not the whole story though, as the Normative State in Thailand coexists with a Prerogative State (or, as the exiled Red Shirt leader Jakrapob Penkair called it, a “state within the state”) defined by the presence of political actors, informal networks, and institutions (including the bureaucracy, the armed forces, Privy Councilors, and their cronies in the business community) that exercise unchecked, unaccountable powers outside the formal rules of the Normative State. Thailand has its own expression for the Prerogative State, which is commonly referred to as the “invisible hand.” In truth, the hand is not so much “invisible” as it is opaque. Laws such as the widely abused Article 112 are there to obscure the intricacies of the Prerogative State, shielding the army and other elites from public scrutiny so long as their actions are justified by the false pretense of “protecting the monarchy.” As Ernst Fraenkel observed, the more insidious side of the Dual State “thrives by veiling its true face.” The “veil” is kept in place by banishing discussion of the Prerogative State’s workings to the margins of tolerated public discourse.

Since 2006, one of the main beneficiaries of the judicialization of politics, and the politicization of the judiciary, has been the Democrat Party. In a series of dubious verdicts, the judiciary cleared the only path that could ever have led the Democrat Party, a perennial loser of elections, to come into office in 2008, backed by forces within the Prerogative State dead set on keeping allies of Thaksin Shinawatra out of power. Having spent more than two years in government thanks to the help of the military and the judiciary, it is well understood that the Democrat Party did not compete in the last elections to win. The Democrats had a much more limited set of objectives, namely, prevent Pheu Thai from winning a majority and perform well enough to allow the “invisible hand” to put Abhisit Vejjajiva back in power. The judiciary, which had previously dissolved Thai Rak Thai and the People Power Party, remained the Democrats’ ace in the hole. Had the Democrats come close enough, Pheu Thai’s dissolution could have paved the way for the same corrupt deals that made Abhisit Prime Minister in December 2008.

But the Democrat Party could not live up to its own end of the bargain. Pheu Thai did win a majority, and the Democrats came in a distant second, left in the dust over a hundred seats behind. The election result was a devastating blow, to the Democrat Party and for the ambitions of much of the Prerogative State. Worst of all, a defeat of this magnitude complicates the possibility of a “judicial coup,” limiting the ability of the Prerogative State to remove a hostile government under the cover provided by the procedures of the Normative State. Even if the courts were to dissolve Pheu Thai, it would be extremely difficult for the Democrats to muster the numbers in parliament to form their own government.

Unfortunately, that has not led the Democrat Party, or the interests for which it serves as a front in parliament, to engage in any soul searching. For its part, the Democrats have decided to stick to the same course of action they have pursued for the last decade to such disastrous lengths. On the one hand, the Democrat Party shows no sign of weaning itself off the dependency on the courts. Since the election, Democrat officials have sought the dissolution of Pheu Thai, the disqualification from office of members of parliament duly elected on Pheu Thai’s party list, and even the impeachment of Prime Minister Yingluck Shinawatra and Foreign Minister Surapong Towijakchaikul, following the Japanese government’s decision to grant Thaksin a visa. On the other hand, instead of focusing on rebuilding the party, or rehabilitating its soiled image, the Democrats have taken actions suggesting they might have given up on ever even trying to win an election. While Abhisit’s resignation after the shellacking in 2011 offered the Democrat Party a chance to turn the page, he was chosen to serve as party leader once again, as if he had not already demonstrated that he is utterly unelectable. The Democrats have clearly cast their lot with forces in the Prerogative State, as opposed to trying to improve their dwindling appeal in the Thai electorate.

As for the Prerogative State itself, though the Democrats’ election defeat has made it hard to replace the Pheu Thai government with a more favorable one, it has not diminished the motivation to at least try to weaken the new government, limit its ability to bring about any actual change, and pre-empt all attempts to investigate and prosecute officials responsible for the Bangkok Massacres of 2010. Efforts are underway to revitalize the People’s Alliance for Democracy, under the slightly less controversial guise of the “multi-color” shirts. The establishment mouthpieces in the mass media, including but not limited to the two main English-language daily newspapers, have begun a campaign to discredit the government as a “puppet” cabinet, obsessing over Thaksin Shinawatra’s every move while fear-mongering about conspiracies supposedly putting Thailand in “imminent danger of falling prey to crafty foreigners.” The “solution” this campaign points to is the same as ever: build support for the Prerogative State to step in and save Thailand from its own voters. Given that the Prerogative State is undergoing a profound crisis that threatens its undoing, it remains to be seen if and when the campaign will be successful, leading to the activation of the courts or possibly the deployment of the armed forces on the streets of the capital. While the increasing recourse to naked oppression is an obvious sign of weakness, the repression unleashed as a result is no less destructive. Thailand has been down this road before.

In the immediate term, the new government must be defended from threats to its survival that are coming from outside the legal and democratic process. In the long run, though, the Prerogative State’s renewed onslaught demonstrates that reforming Thailand’s political system requires the demise of the Dual State, accomplished by compelling institutions now working beyond the reach of the law to play exclusively by the rules of the Normative State. In other words, Thailand must move from a formal (or “thin”) conception of the rule of law, where the law is used as a tool to shield powerful institutions from accountability, stifle free and open debate, abuse human rights, persecute dissidents, or cripple the electoral process, to a more substantive (or “thick”) conception, which mandates that rulers relate to the ruled only through law. This requires not only that every major actor or institution operate according to the law’s specifications, without special powers or prerogatives not contemplated by the law, but also vigorous and unfettered public debate, not to mention an independent judiciary committed to upholding the rule of law by scrutinizing the actions of state officials without fear or favor. No less important, Thailand needs an opposition whose chances of coming to power are not premised entirely on using the law as an instrument to destroy democracy.