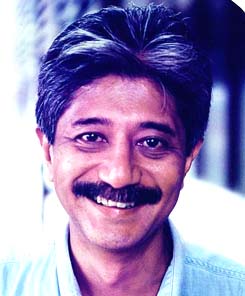 New Mandala readers will be shocked and saddened to hear about the sudden death of Ananda Rajah. Ananda died suddenly at the National University of Singapore last week. Ananda and I share the same academic lineage having studied for our PhD’s at the Australian National University under the supervision of the late Gehan Wijeyewardene. I very much appreciated the friendly support Ananda offered me in the early stages of my doctoral research.

Ananda’s PhD thesis was based on research conducted among Karen villagers in Mae Taeng district of Chiang Mai province. I have in my notes a key quote from the thesis which has considerable relevance for contemporary discussions in Thailand:

Domestic groups or households which do not produce enough for their subsistence needs cannot make up these deficits by relying on the “internal” economy of Palokhi. They must seek recourse in an “external” cash or market economy.

One of Ananda’s colleagues has written this tribute:

Ananda: a colleague, teacher and friend

The sudden departure of Ananda saddens me tremendously. He was a mainstay of the department, a colleague whose presence you cherished and took for granted. His fast and quiet pacing down the corridor with a shy greeting and an occasional mischievous twinkle in the eye, his reading breaks near the washroom with his thoughts supplicating reason through the smoke, his paradoxically soft-spoken sonorous voice warming the chilly silence of academia – these will be sorely
missed.

He was my teacher first and opened my mind to a vista of anthropological knowledge. His intellectual curiosity led him into many tangents and detours, but when he was focused on the logical rigor of an argument, he was a formidable philosopher. Ever keen for a good debate, he made for an excellent intellectual foe. Most importantly, he had the modesty and honesty of a great teacher, eager to point to both shortcomings and strengths. When I woke up this morning, I realized I’ve lost my greatest fan. He had lately become a friend. The time was way too short for me to appreciate him in all his humanity. He was always an engaging conversationalist, his witty commentaries on life sometimes peeled open windows of existential insights and sometimes revealed a little of his prejudices. Like everyone, he had his dark side and hid it well, surfacing as bits of frustration and, perhaps, desolation in the final hours of a long night of musings about the meaning of it all. Otherwise, he was genuinely concerned, wise and never patronizing. I will miss him dearly, I already do.

And a member of Ananda’s ANU cohort writes:

For those interested, [this link] will get you a 3 1/2 minute video report from the Straits Times Interactive on the wake for Ananda Rajah. It is interesting that the attire his colleagues and students found so distinctive for NUS is still very much more widespread, if not a sartorial standard, here in Australian anthropology departments and programs. . So, Ananda might be seen as still carrying the banner of his ANU years as a PhD student. Those of who were members of his cohort at the ANU will miss his continuing friendship — his generosity, quick but warm wit, and fantastic cuisine, always readily shared — immensely.