Bryan R. Early is an Associate Professor of Political Science at the University at Albany, SUNY and the Director of the Center for Policy Research. He is also the founding director of the Project on International Security, Commerce, and Economic Statecraft. He has published 16 peer-reviewed articles on the topics of economic sanctions, WMD security issues, and political violence. His book Busted Sanctions: Explaining Why Economic Sanctions Fail (Stanford University Press, 2015) provides the first comprehensive explanation of how and why countries undercut economic sanctions via the trade and aid they provide to sanctioned states. Dr. Early has received over 40 grant awards to provide assistance to governments around the world in implementing nonproliferation sanctions and strategic trade controls. Dr. Early earned his PhD from The University of Georgia in 2009 and is a former research fellow at Harvard University’s Belfer Center for Science and International Affairs. 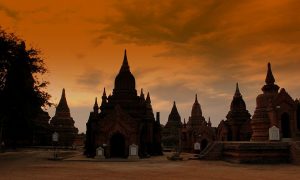 Busting the myth that Myanmar is a sanctions success story

How sanctions can hinder rather than help human rights in Myanmar.