Dr Clarke Jones is the co-director of the Australian Intervention Support Hub (AISH) based at Regulatory Institutions Network (RegNet) in the Australian National University (ANU). AISH is a ground-breaking collaboration between the ANU, Alfred Deakin University, the Attorney-General’s Department, the Australian Federal Police and the Department of Foreign Affairs and Trade to work with community groups in developing appropriate responses to violent extremism.

Before this appointment, and following his work over 15 years in several areas of national security, including policing, military and intelligence, Dr Jones made the move into academia in 2010 as a visiting research fellow at RegNet. Dr Jones’ research covers violent extremism, radicalisation and prison radicalisation, deradicalisation and intervention, and prison gangs. His pioneering research on terrorist inmate management and inmate social groups in the Philippines will be published by Routledge in 2016.

For the past five years, Dr Jones has also been working as a private consultant, particularly in the area of prison reform. He is currently completing a major review of Indigenous offender rehabilitation programs in Australia’s correctional system for the Australasian Institute of Judicial Administration. He has also been advising the Philippine Government on appropriate management of terrorist offenders, prison gangs and prison reform. He has run many professional training programs for Philippine prison administrators and security staff in areas such as anti-corruption, risk management, prison gang management and inmate classification. 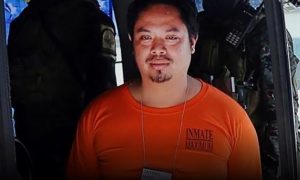 Why the war on drugs needs to acknowledge the human and social dimension.