Craig Evan Klafter is Rector and Professor of History Emeritus, American University of Myanmar. He earned BA in History and MA in History from the University of Chicago and DPhil in Modern History from Oxford University. He has held faculty positions at the University of Manchester, University of Southampton, Boston University, University of British Columbia, and University of Northern Iowa. His books include: Reason Over Precedents: Origins of American Legal Thought (Westport: Greenwood, 1993), Legal Practice Management and Quality Standards (London: Blackstone, 1995), and The Future of National Identity (Vancouver, UBC: 2008). His most recent publication is “Myanmar, Rule of Law, and an Imperfect Inheritance.” Fletcher Forum of World Affairs 44, No. 1 (Winter 2020): 121 - 136 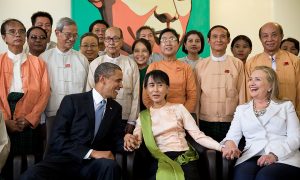 American foreign policy towards Myanmar part 1: ‘Blinded by the light’ of Wilsonian idealism

Past US government policies towards Myanmar have been idealistic and flawed by partisan diplomacy. 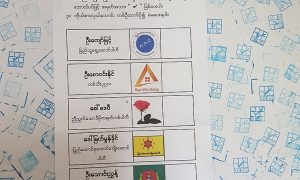 A rash decision near the end of Obama’s tenure led to the complete failure of American foreign policy.