Dr Idhamsyah Eka Putra is a Lecturer in the Psychology Graduate Programs at Persada Indonesia University and Director in the Division for Applied Social Psychology Research (DASPR). He is also an honorary research fellow in the Centre for the Resolution of Intractable Conflict (CRIC), Oxford University. He earned a Master’s degree in Psychology from University of Indonesia (2007) and a Doctorate with distinction in Social Psychology from Johannes Kepler University of Linz, Austria (2015). His research interests are in social psychology, particularly prejudice, violent (Islamic) extremism, religious fundamentalism, intergroup and interreligious relations, social stigma, social exclusion, and intergroup conflicts. He is a recipient of the Sarlito W. Sarwono Award (2017) granted to rising Indonesian scholars actively involved in psychological research and its dissemination in Indonesia, by the Konsorsium Psikologi Ilmiah Nusantara (KPIN/ Nusantara Psychological Science Consortium).

Yesaya Sandang SH., M.Hum, is a Lecturer in Faculty of Interdisciplinary Studies at Satya Wacana Christian University (UKSW). He is also a member of Centre for the Study of Religion, Pluralism and Democracy (PUSAPDEM) at UKSW. Currently completing his doctoral studies at University of the West of England on Business and Human Rights in the Tourism Sector. 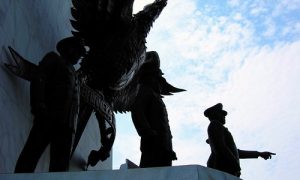