After earning his medical degree from University Malaya in 1981, Dr. Jeyakumar Devaraj spent 19 years in government service. In the meantime, he became a founder-member of both Alaigal, an NGO working with rural and urban poor communities, and, in 1998, Parti Sosialis Malaysia (PSM). He left government service to contest the Sungai Siput, Perak parliamentary seat for PSM. He lost twice, in 1999 and 2004, but won in 2008 and 2013, representing Sg Siput in Parliament for a decade. A committed activist, over the years, he has been arrested about 15 times for fighting the eviction of squatters or for illegal assembly, and on a charge of "plotting to overthrow the Agung" in 2011, when he was held in solitary detention for over a month. Dr Jeyakumar has also authored a number of books: Sucked Oranges (1982); Logging Against the Natives (1986); The Marginalised Community (1993, in Tamil); Speaking Truth to Power (2002); Malaysia at the Crossroads (2009); Maaf Tuan Speaker, Saya Tidak Dapat Menyokong! (2011, in Malay); and An Alternative Vision for Malaysia (2014), published in Malay as Visi Alternatif untuk Malaysia (2016). 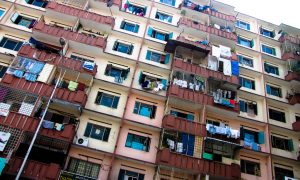