Josh Kurlantzick is a Senior Fellow for Southeast Asia at the Council on Foreign Relations, and was previously a scholar at the Carnegie Endowment for International Peace.

He has served as columnist and correspondent for numerous news organisations, including the Economist, the New Republic, and the American Prospect. He is also the winner of the Luce Scholarship for journalism in Asia. 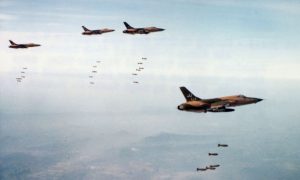 How America’s secret war in Laos gave rise to a military CIA.