Dr Mulaika Hijjas is Senior Lecturer in South East Asian Studies at SOAS University of London, where she specialises in the Malay manuscript tradition but also teaches literature and cultural studies of the region. She held a British Academy Postdoctoral Fellowship at SOAS from 2009-14. Her monograph, Victorious Wives: The Disguised Heroine in Nineteenth-Century Malay Syair, was published by NUS Press in 2010, and her articles have appeared in Indonesia and the Malay World, The Journal of Southeast Asian Studies and South East Asia Research. She was co-managing editor of Indonesia and the Malay World from 2016 to 2019. She is the principal investigator of the Leverhulme Research Leadership Award project, Mapping Sumatra's manuscript cultures, to commence in September 2021. 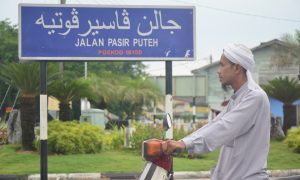