In this role, Sade is responsible for the Embassy’s media relations and he is part of the Embassy’s political affairs team. He previously served as the Assistant to the Special Staff for International Affairs of the President of Indonesia in 2010-2014.

He has presented in a number of forums both domestic and internationally. Sade’s articles have been published in national newspapers (Indonesia and Vanuatu) and online publications both in English and Bahasa Indonesia. 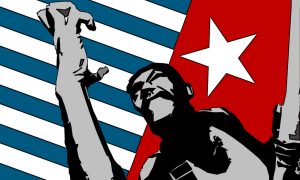