Dr Zachary Abuza is a Professor at the National War College, in Washington, DC, where he focuses on Southeast Asian politics and security issues, including governance, insurgencies, democratisation and human rights, and maritime security.

He is the author of four books, including "Conspiracy of Silence: The Insurgency in Southern Thailand" (2008), "Political Islam and Violence in Indonesia" (2006), "Militant Islam in Southeast Asia" (2003), and "Renovating Politics in Contemporary Vietnam" (2001). He authored the Southeast Asian chapter in the acclaimed, study "Leaving Terrorism Behind". In addition, he has authored four monographs on security issues in Southeast Asia and has recently completed a major survey on the media and civil society in Vietnam for the National Endowment for Democracy.

He has just completed a manuscript, a comparative analysis of the peace processes in Aceh, Mindanao and southern Thailand, to be published in September 2016 by Rowman Littlefield. 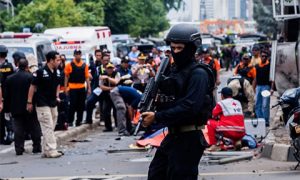 Media control a line in the sand for communist party conservatives. 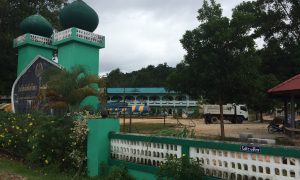 The school in the middle

Zachary Abuza on the madrassah behind Thailand's Islamic insurgency.