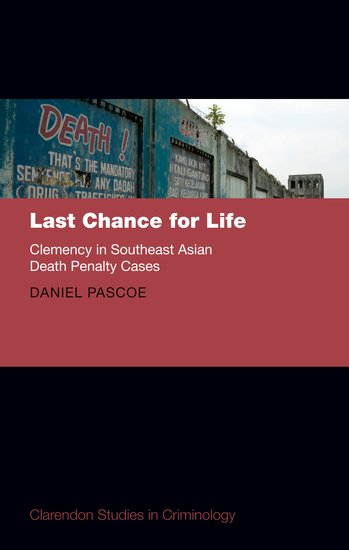 While attending a long trial in the Malaysian High Court, I was impressed by the closing speech of the defending counsel, the renowned lawyer Karpal Singh. He reminded the court that mercy is not just an afterthought to justice but has an integral role in the justice system. All human thought is finite and vulnerable to error. We have countless examples of overturned legal judgments which, even after a lifetime of imposed imprisonment, have proved mistaken. To acknowledge inevitable error, clemency must never be excluded. Article 6 in the UN Covenant on Civil and Political Rights enshrines, “Amnesty, pardon or commutation of the sentence may be granted in all cases”.

Clemency, or ‘commutation’, in Last Chance for Life refers to the replacement of the death penalty with a lesser penalty, whereas erasure of criminal responsibility altogether is referred to as a ‘pardon’. While pardons were once the most common form of leniency in capital cases, long term imprisonment is now the more usual form of clemency. In Thailand “life imprisonment” in practice implies about 20 years of imprisonment, subject over years to routine reduction by further clemency.

Of the total number of people condemned to death in Thailand during 1991 to 2016 (the years covered by the study), 95% were spared execution. This is the highest rate of the countries studied in Last Chance. By comparison, the rate is 0.6% in Singapore, the lowest granter of clemency among the four countries. In Malaysia the clemency rate is considered high at 55-63%, while Indonesia ranks a medium grade of 26-33%.

The author refers to the variation which exists between the neighbouring countries, “who each use the death penalty to punish similar crimes”, as the “key puzzle”. The achievement of this excellent study is the unraveling of this sad tangle.

On the final page, the author justly claims that his objective was “to shed light on a previously understudied phenomenon (clemency), in an understudied world region (Southeast Asia) within the comparative criminal justice field”. His knowledge of the is field is detailed and accurate. Most of those opposing capital punishment do so with the objective of achieving total abolition, sealed by adhesion to the second protocol of Article 6. Anything less is looked on as a failure to achieve permanent and dependable abolition. Last Chance devotes a final section to assisting defence lawyers on how best to present a final appeal for clemency. This conclusion fits the practical and realist composition of the book, a reminder to engaged abolitionists and retentionists of the importance of this too neglected aspect of capital punishment.

To appreciate the context of Last Chance, it is essential to establish basic prison and death penalty data.

Currently, Thailand, while ranking 20th in country population, has the 6th largest prison population in the world. Most male prisoners condemned to death are held in a special building of Bang Kwang Prison, Nonthaburi. Women subject to the death penalty are not separated from the general prison population, where their rate of imprisonment is highest in the world. It is remarkable that many in Thailand, where a massive majority of the population supports capital punishment, appear unaware that only 5% of those condemned are executed. They lack justification for or even awareness of the reality of imprisonment, which lacks all reformative effect.

The arguments of Last Chance depend critically on statistics of executions and pardons, which require some discussion. Given the variation in degrees of openness of the countries covered, I limit comment to Thailand, my country of residence. Over the years I have observed serious under-reporting of executions. In the past, widely-quoted figures issued by a prominent international human rights organisation seriously under-reported execution numbers due to using only English language news sources. Dependable figures are now available on the website of the Ministry of Corrections.

For the period 1991 to 2016, Last Chance gives a figure of 44 executions. The website of the Department of Corrections gives a total of 67. For verification, we may compare these figures with a figure which is probably fully dependable. The biography of Thailand’s last executioner by machine gun, Chavoret Jaruboon, credits him with 55 executions during his service period of 1984 to 2002. Deriving an average for these 18 years and extending the period to the 25 years of the study, we might expect 76 executions. Considering the low rate of executions in the latter years of the study period, it is reasonable to have an overestimate on averaging and accept the Department of Corrections figure as broadly reasonable.

The key proposed to the puzzle by Last Chance is the distinction between “four justificatory models of capital clemency”: mercy from the sovereign, retributive clemency, redemptive clemency, and clemency for political advantage or utilitarian reasons. From these four motifs, Daniel Pascoe weaves four very varied patterns of clemency in the four countries that are the subjects of his studies.

Mercy from the sovereign, a practice with ancient precedents, is “clemency…granted as a merciful ‘gift’ from the political executive to the prisoner, with its bestowal a reflection of the ruler’s benevolence”. Mercy from the sovereign varies greatly with the status of the highest executive power—whether that power lies in a traditional hereditary monarch as in Thailand, or the strictly lay state official status of a president of Singapore. The mystique surrounding the Thai monarchy is very different from the clinical lack of accountability enjoyed by Singapore’s rulers, and the difference certainly contributes to the widely differing rates in clemency. Clemency in Singapore must strictly adhere to ultra-strict drug policy, while in Thailand comment on any royal action is totally restricted.

Retributive clemency mandates commuting or pardoning a death sentence “where strict conformity with the original sentence would result in undeserved or disproportionate punishment”. Redemptive clemency is granted “in reference to the prisoner’s character, behaviour, or meritorious activities before arrest and before conviction, or in prison after conviction.” Demonstrated remorse carries special weight. Finally, clemency for political advantage or utilitarian reasons is the most obscure model, with motivations ranging from broader public benefit, rewarding a prisoner for acting as an informant, to political or financial payment. The fascinating combination of these ingredients is used to interpret the divergence of clemency practices in the countries of interest.

The sublime quality of mercy

The quality of mercy is not strained.
It droppeth as the gentle rain from heaven
Upon the place beneath. It is twice blest:
It blesseth him that gives and him that takes.
‘Tis mightiest in the mightiest; it becomes
The thronèd monarch better than his crown.
His scepter shows the force of temporal power,
The attribute to awe and majesty
Wherein doth sit the dread and fear of kings;
But mercy is above this sceptered sway.
It is enthronèd in the hearts of kings;
It is an attribute to God Himself;
And earthly power doth then show likest God’s
When mercy seasons justice.

To turn from legalist aspects of clemency to the most sublime, I submit the account of clemency by William Shakespeare from his play “The Merchant of Venice”. While Last Chance is a most excellent critique of legal practice in Southeast Asian countries, it never appeals to the sublime theme of the absolute right to human life. There is a whole world of literature devoted to the sacred right to life, the most famous being perhaps the profound and moving The Last Day of a Condemned Man by Victor Hugo. The word ‘Life’ in the title of the book refers strictly to biological life as opposed to death. 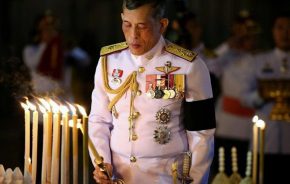 There are strong indications that Teerasak Longji submitted a petition for royal clemency. But unlike those condemned before him, his plea for clemency was rejected by His Majesty the King.

For ten years, I have been visiting a prisoner condemned to death, a sentence which was commuted to life imprisonment. Throughout the years he has benefited from remissions of the sentence, but his current sentence stands at eleven years. His behaviour record is ranked as “excellent”, but I have watched him grow old as years pass. I am sure that there is no further rehabilitation to be achieved, nor is there any further attempt to provide any. Confinement in an overcrowded and poorly provided prison is hardly a human “life”. I believe that the quality of the “life” achieved should also be mentioned in the comparative list of the four countries studied.

Despite this query, Last Chance for Life is a valuable contribution to the debate on capital punishment, reminding those of us who campaign for abolition that the partial victory of clemency sometimes achieves an objective which eludes us. The number of countries choosing abolition appears to be reduced to a trickle. Even in Europe, the stronghold of abolition, supporters of the death penalty among the young is growing. Among countries that were once part of the Soviet Union, levels of approval of the death penalty reach 80%.

In such a context, appeals for clemency may find acceptance and radically reduce the number of executions. The variations of motivations for clemency and their complex interactions are discussed throughout Last Chance for Life, providing guidance not only for lawyers engaged in capital cases but also for abolitionist activists blocked by openly campaigning for abolition alone.

Danthong Breen is a retired academic in Thailand who has long engaged in human rights activities. His main involvements have been prison conditions and abolition of the death penalty, from which retirement never comes.