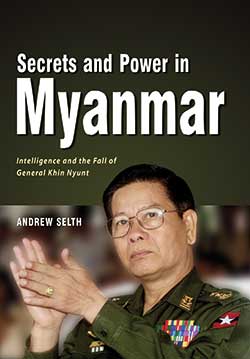 Secrets and Power in Myanmar is an update as well as an extension of one of Selth’s earlier works on the Burmese intelligence system, published in the late 1990s. Though it depends heavily on materials published in English, as Selth himself acknowledges, it is still a great contribution to the study of the praetorian state in Burma, first and foremost because of its intellectual honesty in distinguishing facts and opinions in a field full of anecdotes, hearsay and speculation. It employs a wealth of first-hand materials, including interviews, memoirs and diplomatic cables, and dissects the information carefully to present a broad picture of Burma’s intelligence apparatus both before and after the downfall of Khin Nyunt in 2004. The book is a must-read for all Burma observers both for the enormous richness in its content and its skilful presentation of a vast amount of information.

Khin Nyunt was undoubtedly a unique figure among his fellow Tatmadaw generals. He was often viewed as a liberal-leaning figure in a repressive military regime full of hardliners (p. 62). He seemed more sympathetic towards the political opposition at home and is widely believed to have saved Aung San Suu Kyi’s life at the Depayin massacre in May 2003 (p. 70). Viewed as the chief architect of the military junta’s democratic transition scheme, he was also believed to be more reform-minded. When he appeared on state television on August 30, 2003 to announce a 7-step “roadmap to democracy”, people sensed hope, though the “roadmap” he outlined did not present any specific timetable. Regrettably, Secrets and Power in Myanmar leaves an important question unaddressed, that is: what role, if any, the intelligence apparatus led by Khin Nyunt played in the Tatmadaw’s decision to initiate political liberalisation. The formulation of the transition scheme still remains a black box.

Khin Nyunt’s rise to prominence, as depicted in Secrets and Power in Myanmar, was closely associated with the post-1988 junta’s surging need for intelligence and surveillance. When Khin Nyunt was first appointed as chief of intelligence by Ne Win in 1983, the political sphere in Burma was still dominated by the Burma Socialist Programme Party (BSPP) and the Tatmadaw was in effect marginalised in the state’s ruling machine. The Tatmadaw ended the Ne Winian socialist experiment in 1988, waging a full comeback to Burmese politics through a bloody crackdown of student-led protests in August. Soon after the new military junta succeeded, Ne Win and his party, as the new ruling body in Burma, the junta encountered its first great intelligence failure – the 1990 general elections in which the National League for Democracy (NLD) received a landslide victory, but the Tatmadaw refused to cede power and put dozens of NLD leaders in jail (p. 159). The new ruling officer corps in Yangon was thereafter in dire need of information on any dissent that could potentially threaten its rule. The Tatmadaw at the time had already diverged significantly from what its founder, Bogyoke Aung San, initially envisioned it to be: a people’s army.

A complex but efficient intelligence system soon sprang up, overseen by Khin Nyunt. Selth provides an overview of what this system looked like at its peak in the second chapter of Secrets and Power in Myanmar. The organisation of the intelligence apparatus was indeed impressive: Spread out both horizontally across army, navy and air force and vertically across the command hierarchy, this massive network of intelligence operations was at the same time centralised in its chain of command—all units answered to the same master at the Directorate of Defense Services Intelligence’s headquarter. An effective exercise of command and control was therefore ensured, but at the same time, a “state within a state” (p. 62) was perhaps inevitably in formation, and the power struggle between the intelligence units and the regular combat units in the military was becoming increasingly visible.

As Selth documents, the highest priority of the intelligence operations, either at home or abroad, was always to ensure the country’s domestic security and keep the military regime in power. However, a dilemma surfaced when top Tatmadaw generals began to perceive the intelligence apparatus as threatening to the regime, as the case of Khin Nyunt shows. On one hand, there was always a need for the ruling military elites to have a centralised intelligence system. On the other hand, it was hard to avoid the propensity for such a centralised intelligence apparatus under one single leader to pose, in and of itself, a threat to incumbent regime leaders (p. 80). When Khin Nyunt appeared to have crossed a line by seemingly making a bid for national leadership, he was immediately taken down and his whole patronage network rooted out. Khin Nyunt was arrested and expelled from the ruling class in October 2004 under corruption and insubordination charges. Various speculation on what had caused Khin Nyunt’s purge quickly emerged. Rather than attempting to force any one of those upon the reader, Selth presents five different theories in the third chapter to explain Khin Nyunt’s fall; policy, power, personal, pillage and preservation.

Consequently, the Tatmadaw’s intelligence capacity was hugely reduced, as Selth contends in the fourth chapter, which might have contributed to the many great intelligence failures faced by the junta thereafter, most notably the 2007 Saffron Revolution. However, the consequences of Khin Nyunt’s purge also extended beyond the reduced intelligence capacity. The removal of Khin Nyunt and his patronage also created a “considerable paralysis with regard to decision-making and interaction with the international community” (p. 88). Selth does not elaborate on this, but the removal of Khin Nyunt seemed to have a profound impact on how the Tatmadaw viewed and dealt with international affairs, as the junta soon reverted back to its traditional suspicions of the outside world, after attempting to open the country to the world for over a decade. Xenophobic nationalism was picked up again by the Tatmadaw generals to diffuse the pressure of international sanctions on one hand, and to focus on the pre-transition preparations on the other hand.

Under the quasi-civilian administration led by President Thein Sein, many old-time political restrictions were relaxed, but there seemed to be little change in the old-school intelligence operations. Massive surveillance of domestic dissidents, foreign diplomats and journalists was still largely in place and in some areas became even wider with the employment of modern technologies. Dissenting voices were often times still not tolerated by the state. The NLD’s landslide victory in the 2015 elections raised people’s expectations sky high, but most disappointingly, three years into the new civilian government’s taking office in 2016, little has been done to rein in the giant intelligence monster. 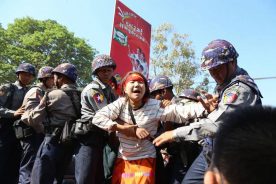 Does the data reveal declining dictatorship in Myanmar?

Looking at protests to assess the country's political transition.

Secrets and Power in Myanmar ends with little hope for the reader. Selth’s assessment is that the intelligence apparatus has remained mostly intact since 2016, and still by and large answers, either directly or indirectly, to the Tatmadaw’s Commander-in-Chief Senior General Min Aung Hlaing. This implies that the civilianisation of the intelligence system still has a long way to go. Selth acknowledges both the lack of capacity of the civilian incumbent to oversee the behaviours of the intelligence system —­due to institutional barriers­—as well as the government’s lack of motivation in pursuing intelligence reform. But beyond these, some other impediments to reform unaddressed in Secrets and Power in Myanmar could be even harder to resolve, such as the Buddhist nationalism that the Tatmadaw has been mobilising in its forceful campaign against the Rohingya Muslims in Rakhine.

By portraying its violence against the Muslims as a necessary response to the imminent threat of Islam’s expansion in Burma, the Tatmadaw’s intelligence operations in Rakhine may seem justifiable and amenable in the eyes of the majority Buddhist population in the country. Even more dangerously, the popularity of the Commander-in-Chief seems to be on the rise among the public. Moreover, having an extensive intelligence apparatus answerable to his call is going to give the Commander-in-Chief—seen as a strong presidential candidate—and the military-backed Union Solidarity and Development Party an unparalleled information advantage over their civilian competitors in the run-up to next year’s general elections. But whatever the results of the 2020 elections, it looks like the Tatmadaw is committed to the path of sharing power with civilians and will not easily forgo its control over the extensive intelligence apparatus that has served as its eyes and ears for decades. 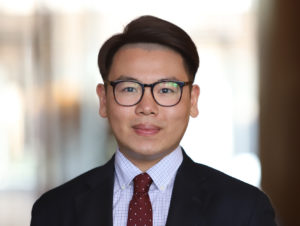 Tianlei Huang is a research analyst at the Peterson Institute for International Economics and a Myanmar watcher.