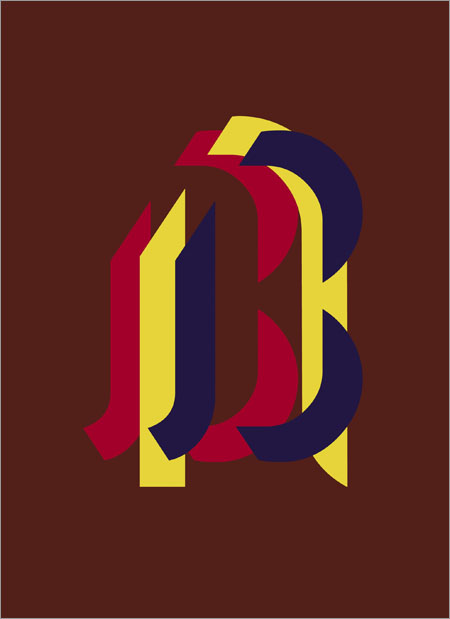 Since Burma (or Myanmar, as it is officially known) began to open up to foreigners in the 1990s, there has been an increasing flow of publications of all kinds about the country, its peoples and its challenges. As a bibliography produced by the Griffith Asia Institute last year showed, almost 1,000 books, monographs and reports have been released in English and in hard copy since the 1988 pro-democracy uprising, and they have continued to appear.(1) These works have covered Burma’s history, politics, security, economy and society. Most have been fresh, informative and readable, others less so.

This outpouring of publications has revealed many different pictorial visions of Burma. For example, Elizabeth Dell’s Burma: Frontier Photographs 1918-1935 and Noel Singer’s Burmah provided a fascinating look at Burma during the colonial era.(2) Other books have demonstrated the country’s cultural diversity, such as Richard Diran’s lavish Vanishing Tribes of Burma.(3) Ellis Everarda and Moe Min have looked at Buddhism in Burma(4) while others, including Ma Thanegi and Barry Broman, have described its architecture.(5) A few works have focussed on the urban landscape, like Sarah Rooney’s survey of heritage buildings in Rangoon and Kim Buddee’s Once Was Burma: New Images from the Streets of Rangoon.(6)

Among all these illustrated books, there have been numerous publications which claim to reveal modern Burma in all its vibrant colour and variety. Indeed, most collections of photographs are attempts to portray an exotic and unfamiliar country to a general audience. Many fall into the category of ‘coffee-table’ books, containing technically proficient but rather clichéd snaps of golden pagodas, saffron-robed monks, bamboo thatch houses and sunsets over the Irrawaddy River. A few, like James Mackay’s Abhaya, specifically try to reveal the suffering of the Burmese people under military rule, but not all achieve these lofty aims.(7)

That said, there have been a small number of publications in this broad genre which stand out at both the aesthetic and intellectual levels. Their photographs are original and highly professional. Their texts have been carefully researched and insightful, not only subtly complementing the images but also adding to the reader’s knowledge and understanding of modern Burma. One example which springs to mind is Exiled to Nowhere: Burma’s Rohingya by Greg Constantine, whose photographs were exhibited at the Australian National University during the Myanmar/Burma Update Conference in March 2013.(8)

Nic Dunlop’s Brave New Burma fits comfortably into this select company. Indeed, in a number of ways, it is a remarkable book. It stands out from other collections by virtue of its wide scope and analytical depth, and the author’s experience, erudition and artistry. Dunlop is already well known to scholars and other watchers of Southeast Asia as a photographer and author. In 1994, his pictures illustrated a book written by Paul Davies entitled War of the Mines: Cambodia, Landmines and the Impoverishment of a Nation.(9) In 2005, he published The Lost Executioner, in which he described his search for ‘Comrade Duch’, head of the Khmer Rouge’s notorious Tuol Sleng prison, where up to 20,000 men, women and children were tortured and killed during the 1970s.(10) For that book, Dunlop received an award from Johns Hopkins University for excellence in international journalism.

In 2010, Dunlop, together with Anne Sundberg and Ricki Stern, made a documentary film entitled Burma Soldier.(11) This work looked at, and tried to understand, not just the oppressed in Burma but also their oppressors. Of the latter, the directors asked ‘who are they, and where do they come from?’ The answers to these questions were given through the story of a disabled Burma Army veteran turned peace activist. The film was picked up for distribution by HBO. It was awarded the Grand Jury Prize at the UN Association Film Festival in 2011 and the following year was nominated for an Emmy Award for Outstanding Individual Achievement in Writing.

Brave New Burma is a different kind of work, but one that maintains the same high standards. By skilfully inter-weaving memoirs, descriptions, analysis, interviews, pictures and graphic illustrations, Dunlop describes ‘life under a modern dictatorship: what it looks like and how it affects the lives of ordinary people’ (page 27). The book represents the culmination of 20 years researching, photographing and travelling around Burma. It is also a response to the limitations of the news media and the politicised nature of activist Web-sites, both of which have tended to reduce Burma’s complexity to a stark contest between good and evil. The book is divided into seven chapters. The introduction sketches out the background to Dunlop’s long interest in Burma, starting with his first visit to Burmese refugee camps on the Thai-Burma border in 1992. Despite the ‘fiery rhetoric of Western activists’ (page 24), he was determined to make up his own mind about the situation along the border and in Burma itself. He eventually concluded that ‘we in the West had imposed our own simplistic narrative on Burma’s crisis. The reality was far more complex and far more compelling’ (page 24). The second chapter, entitled ‘Scorched Earth’, looks at Burma’s civil wars and the plight of the ethnic minorities. In describing the brutal behaviour of the military government and armed forces, Dunlop does not pull his punches. However, he balances his criticism with recognition that there are also tensions among the minorities themselves. The Burman-dominated regime has not been able to assimilate the ethnic minority groups by force (a policy which notably excluded the Muslim Rohingyas), but nor have the minorities been able to unite against the central government. As Dunlop states, these issues have tended to be dismissed as marginal to political development in Burma, but they are central to the country’s future.

Chapter Three of Brave New Burma, ‘The Invisible Dictatorship’, focuses on life in Burma under a repressive military regime. Dunlop describes how, during his first visit there in 1995, he was struck by the contrast between the bustling streets filled with cheerful people, and the fact that the country was suffering under a dictatorship. Rather than ‘realise the reality’ (page 63) in the way recommended by a regime hungry for tourist dollars, Dunlop concluded that Burma was a mature totalitarian state, the repression often too subtle for the casual observer. In fact, the absence of the army was proof of its power. However, it could be unleashed at any time, as occurred when Aung San Suu Kyi’s motorcade was attacked at Depayin in 2003. Chapter Four looks at ‘Burma’s Gulag’ and ‘provides a glimpse into the world of political prisoners, torture and forced labour’ (page 27). Drawing on interviews with former prison inmates and victims of military work details, Dunlop describes in chilling prose the power and mindset of the country’s coercive apparatus, which includes not just the armed forces but also the police, the intelligence agencies and the prison service. He notes that, despite widespread and well documented human rights violations over decades, ‘no prison guard or officer has ever been brought to account for the abuse of a prisoner’ (page 101). Chapter Five is entitled ‘The Enemy Within’, and gives a nuanced portrait of Burma’s armed forces. It goes beyond the simplistic (but common) notion of a united force of mindless thugs in uniform, to look at the ‘ordinary men and boys’ (page 27) in the ranks who actually make up the Tatmadaw. He recognises the army’s terrible record of abuses but, once again eschewing caricatures, writes that ‘the closer one looks, the distinction between perpetrator and victim, freedom fighter and oppressor becomes more blurred’ (page 142). In 2007, Dunlop was able to photograph the annual Armed Forces Day parade in Naypyidaw, a rare opportunity that yielded several shots that have since become classics.

Chapter Six, entitled ‘Freedom From Fear’, looks at those Burmese who have escaped the dictatorship to seek a better life in neighbouring countries. Again through interviews and photographs, Dunlop shows that this new life inevitably poses a new set of problems. For example, in Thailand alone there are about two million people from Burma, most of them eking out a perilous existence for minimum wages, exploited by human traffickers and corrupt businessmen, and caught in the legal limbo between refugee status and that of an illegal immigrant. Few have access to proper health care, a problem exacerbated by the withdrawal of the Global Fund to Fight AIDS, Tuberculosis and Malaria in 2005. Chapter Seven briefly discusses the political and economic transition that appears to be taking place under President Thein Sein. With Aldous Huxley’s dystopian vision of the future in mind, the chapter is entitled ‘Brave New Burma’. During the 20 years Dunlop has been watching Burma it has been transformed from a poor, isolated pariah state to a member of ASEAN with a mixed economy and a wide range of diplomatic relationships. It is now a ‘genuine, disciplined multi-party democracy’ (according to the 2008 constitution [12], at least) that is being courted by the international community and is reaping the sometimes dubious benefits of its abundant natural resources.

The text of Brave New Burma clearly reflects Dunlop’s own perspective, but it is based on rigorous research. This approach permits him to describe his own journey from tourist to analyst of Burmese affairs, and his personal responses to the problems he has witnessed. He is also able objectively to discuss the development of the country under military rule and its apparent emergence under President Thein Sein. He sensibly concludes that Burma defies categorisation. It is simply too diverse. Looking back, he writes,

the portrayal of Burma’s crisis as a stand-off between Aung San Suu Kyi and the generals is not incorrect, just simplistic. It is a starting point; one that, with a closer look, opens up into a more nuanced, more difficult, but also, perhaps, more rewarding picture. (page 27)

Brave New Burma is illustrated throughout with photos taken by Dunlop during his extensive travels around the country, sometimes to places usually off-limits to both Burmese and foreign journalists. Compared with many other available images of Burma, they are highly evocative. Being shot on black-and-white film, they have a texture and nuance that makes them particularly compelling. They are often of people – usually close-ups of their faces – but there are also iconic shots of Aung San Suu Kyi, soldiers on parade, Insein prison from the air, insurgents on the front line and refugees in the camps. These and other photographs in the book will be easily recognised by anyone who has been following events in Burma over the past two decades.

Brave New Burma is both an intimate portrait and a well-researched account of a country that only now seems to be emerging from 50 years of military rule. The illustrations are both educational and deeply moving. Produced by well-known photographic publisher Dewi Lewis, the book is in all ways a fitting testament to Dunlop’s extensive experience, knowledge and technical skills. A copy should be on the shelves of everyone with an interest in this beautiful, yet complex and troubled country, the future of which is still waiting to be written (and photographed).

6. Sarah Rooney, 30 Heritage Buildings of Yangon: Inside the City that Captured Time (Chicago: Association of Myanmar Architects and Serindia Publications, 2012), and Kim Buddee, Inside Burma: New Images from the Streets of Rangoon (Bangkok: Tour de Force, 2012).

9. Paul Davies, War of the Mines: Cambodia, Landmines and the Impoverishment of a Nation, photos by Nic Dunlop (London: Pluto Press, 1994).

10. Nic Dunlop, The Lost Executioner: The Story of Comrade Duch and the Khmer Rouge (London: Bloomsbury, 2005).