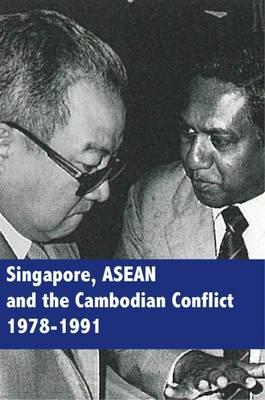 A new book from the productive Ang Cheng Guan is always welcome, and it is to be hoped that his new role in the S. Rajaratnam School of International Studies does not stop the flow that has continued despite his commitments at Singapore’s National Institute of Education. The books, begun under the supervision of the late Ralph Smith, have focused on Indo-China, and in a sense make up for the gaps in the international history that Professor Smith was unable to complete. More recently, Ang has turned to Lee Kuan Yew’s strategic thought, utilising the extensive material that has charted the always interesting and often penetrating insights into international and regional relations offered by Singapore’s long-term leader. In the new book he brings these two streams of research together. It is notable in two ways, historiographical and historical, it might be said.

The first is indeed the remarkable fact that it exists. It began, as Ang tells us, when he was given access to the archival records of Singapore’s Ministry of Foreign Affairs (MFA) in order to write

an official account of Singapore’s role in the resolution of the Cambodia problem. It was initially meant to be a classified historical record for internal use but the author was pleasantly surprised to be given permission to publish it with minimal redaction. (p. 3)

Unlike some other official histories, the book references particular documents by their title and author. The documents are supplemented by the results of the interviews Ang carried out, but the main novelty is the ability to use and quote documents.

As Ang says, the archival records of all the other players remain closed. Those of the US and the UK will no doubt be opened, the latter more quickly as it shifts from a 30-year to a 20-year rule. The archives of the Southeast Asian countries, by contrast, are ‘very unlikely’, as Ang puts it, to be ‘made accessible to the public’ (p. 3). The present reviewer has on more than one occasion pointed out the drawbacks of that. It has meant that, where it relies on documents, the historiography has been dependent on documents from other archives. One reads about foreign policy from the reports of foreign ambassadors, and learns what they gathered or were told. The making of policy, the consideration of objectives and means, is still somewhat a matter of surmise. And it is not merely a matter of what one clerk said to another.

Ang clearly thinks it unlikely that Singapore has set a precedent that its neighbours will follow. What they will think of it remains to be seen. One is led to wonder why the work was commissioned and why its publication was then allowed. Perhaps it was commissioned as a means of developing of the ‘human resources’ of the MFA by example. The book indeed alludes to Lee’s determination to upgrade the Ministry and offers some account of the process. And maybe publication was approved because it demonstrated Singapore’s determination to succeed and its ability to punch above its weight when well-trained and well-directed personnel devoted themselves to it.

If it was in a measure celebratory, it is true that Singapore did play a significant role in the resolving the ‘problem’, and Ang’s account is important as a contribution to history as well as a remarkable item of historiography. Even an historian who accepts the ‘Westphalia’ system as the best of a bad lot, such as the present reviewer, could not help at the time welcoming the Vietnamese invasion of Cambodia and the destruction of the appalling Khmer Rouge (KR) regime. But it was, of course, of concern to ASEAN as a threat to the essentially Westphalian principles on which the organisation was based, and of particular concern to its smallest member. ‘The principle involved’, as S.R. Nathan put it, ‘was that no foreign military intervention should be allowed to overthrow a legally constituted regime. If that principle was violated, it would create a dangerous precedent’ (p. 5).

The book in a sense is an account of Singapore’s endeavour to preserve that principle. That involved, for example, intensive lobbying at the UN in order to avoid the removal of the representation of Democratic Kampuchea, and there Singapore enjoyed remarkable success. It also involved extensive diplomacy designed to diminish the dominance of the discredited but still powerful KR, diplomacy that included not only Sihanouk and the Khmer parties but China and members of ASEAN. Over time, as shifts occurred both within Vietnam and among the great powers, Singapore’s role diminished. Others were taking up the cause.

The book also increases our understanding of the working of ASEAN, which itself, perhaps unsurprisingly if not necessarily, has a very unenthusiastic attitude to public documentation. As Lee put it in 1980,

an unspoken commitment to support the majority view, whatever the results of any bilateral dialogue, will keep ASEAN together. We are in consensus that ASEAN countries share common long-term objectives.’ (p. 75)

Though divergence increased, it was never complete. ASEAN’s diplomatic success, said Bilahari Kausikan, the MFA’s Permanent Secretary, ‘overshadowed the actual stagnation in progressing ASEAN’s professed goals as set out in the Bangkok Declaration’ (p. 168). But surely its success gave it the confidence to pursue an even more ambitious diplomacy in the globalisation of the 1990s.

Ang’s new book is as full of nuggets as his previous works. Sometimes they are rather difficult to uncover, and, though this book concludes with a masterly summary, he does not always help us. And maybe NUS Press should have deployed more forcefully the copy-editing battery that it fires at the typescripts of your reviewer.

Nicholas Tarling is a Fellow of the New Zealand Asia Institute.