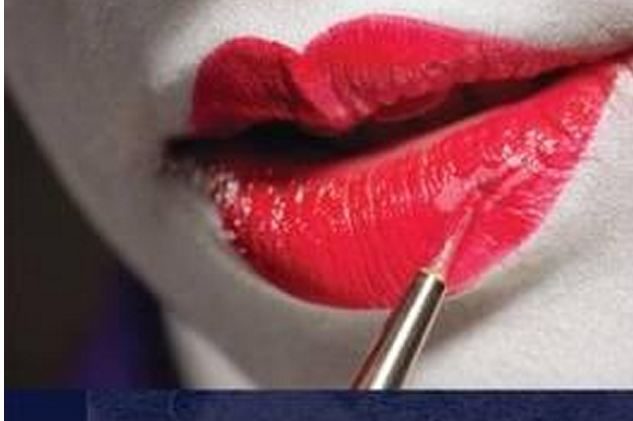 A deep understanding of the emotional demands that contemporary society places on women and of the implications of those demands for family structures, labour markets and other dimensions of social life marks this book. Drawing on conceptual frameworks used in the study of emotion, Ann Brooks and Theresa Devasahayam investigate the broad social processes involved in what Arlie Russell Hochschild terms “emotion work” or “emotional labour” (p. 3) in the West and in Asia. In spite of the dearth of literature on emotion work in Asia, the authors approach the analysis from a unique vantage point; they link ideas and insights from the disciplines of sociology, migration and gender studies.

The main purpose and greatest strength of Gender, Emotions and Labour Markets lie in its stimulating intellectual debates in policy areas relating to gender and labour in Asia. It evaluates the social, political and economic experiences of women in Singapore, the Philippines, Thailand, Vietnam, Indonesia and Malaysia, among other settings. It sets the ideas and themes that it discusses against the backdrop of the increasing feminization of migration–a phenomenon that has gained traction in Asia since the 1980s. It will serve as a useful reference tool for readers interested in the effects of the confluence of emotion work and female migration, particularly in Asia. Increasingly, Asian women–from such countries as the Philippines, Sri Lanka and Indonesia–pursue work abroad.

The authors begin by revisiting the literature on “emotion work”, a concept introduced by Hochschild more than three decades ago. She defined such work as the management of others’ emotions or the adaptation to emotional demands made on women in the context of formal or informal work. The book addresses the opportunities and challenges faced by women in their prescribed role as care-givers. It situates the analysis of emotion work within the study of the gendered nature of migration in Asia. Nevertheless, one notes that the idea of emotion work appears to be steeped in more traditional and Euro- or Americo-centric literature. Applying this concept to the Asian or even the current Euro-American contexts raises questions. Brooks and Devasahayam would have done well to re-evaluate the construct of emotion work and unpack the original underlying assumptions inherent in the idea.

While the introductory chapter of Gender, Emotions and Labour Markets presents a thorough analysis of the imbalance between women’s low labour-force participation rates and their increasing enrolment in higher education, it remains primarily descriptive.

In a review of the situation of women in the ASEAN countries, Devasahayam then draws on the examples of developing countries, such as Thailand and Vietnam that have higher rates of female labour-force participation than wealthier countries such as Japan and Singapore. She acknowledges that rates of economic participation among women in Vietnam have declined over the years because of discriminatory practices in the labour market and the demands of motherhood. A similar trend can be observed in Thailand, despite both countries’ having narrowed considerably the education gap between the sexes. Devasahayam notes that emotion work has forced working women in Vietnam to forego or limit their involvement in political and community activities. The result is tantamount to their being silenced, as their voices are seldom, if ever, heard. More empirical data would have helped support this finding and enriched Devasahayam’s discussion of the reasons for which women continue to lag behind men in the political and economic spheres.

Brooks’s and Devasahayam’s book makes clear the immense benefits of closing the gender gap in labour-force participation. The authors highlight the cost to national economies of persistent gender inequality in the work-force. They quote a 2007 finding on the part of the United Nations Economic and Social Commission for Asia and the Pacific which indicates that the restrictions on women’s labour-force participation set back the Asia-Pacific region between US$42 and US$47 billion annually (p. 29). But the authors make little mention of the hidden social costs to their families that may result from women’s joining the labour force.

With its constant references to the gendered notion of emotion work or emotional labour, above all in relation to the increasing feminization of migration, Gender, Emotions and Labour Markets brings into focus the struggles faced by migrant women as they seek to maintain transnational social ties while adapting to work and life in foreign settings. While the book acknowledges that there are different forms of emotion work linked to migration, it focuses primarily on the situation of female domestic workers. This population clearly represents an important object of study, but the discussion would benefit significantly from attention to other jobs undertaken by migrant women, whether in the blue-, pink- or white-collar realms. The volume makes, for example, little mention of such sectors in the female-dominated service industry as nursing, other health-care roles, retail, hotel and waitressing.

Devasahayam’s expertise in the study of migrant domestic workers allows her to draw upon substantive empirical evidence to support her arguments for the increased protection of female migrant workers’ rights in Chapter Four. In Thailand, more than 100,000 women from Myanmar are employed as domestic workers. Isolated working conditions leave them much more susceptible to exploitation and abuse than are male migrants. Entitled “Human Rights and Female Migrant Labour in Asia”, this chapter offers little new insight into the social and cultural dimensions of the human rights discourse in the region. Nonetheless, it does navigate the delicate terrain of human rights discourse to raise broader questions of citizenship and immigration beyond just women’s or migrant women’s rights. In Southeast Asia, for instance, Thailand and Malaysia play host to large numbers of illegal migrant workers. In Thailand, it is estimated that there are over a million undocumented migrant workers, mainly from Cambodia, Laos and Myanmar. While it is not clear what proportion of these migrants are women, and what percentage of them have been trafficked, the author highlights the fact that nearly one third of the global trafficking of human beings occurs in Southeast Asia and that it includes women and children.

The coverage of the second half of Brooks’s and Devasahayam’s book overlaps with some of what is addressed in the first section. While the transition into Chapter Five, on “Women Executives and Emotional Labour”, provides a good contrast to the first half of the book and to its focus on primarily low-skilled women workers, Chapter Six, on “Female Migrant Labour as a Transnational Community”, repeats some of the ideas on rights addressed earlier in the book. Brooks’s discussion begins by identifying globalization as the major phenomenon giving rise to increases in house-hold incomes, better living standards and the restructuring of traditional labour markets. But, unlike in her earlier work on urban Asia (2006), she leaves the concept of globalization ambiguous and undefined here.

The role of men in the performance of emotion work is given brief mention in the latter half of the book, as Brooks points to startling statistics on the divorce rate in the US. With fifty percent of marriages ending in divorce, twenty percent of house-holds run by single women, women face huge demands on their emotional labour. These demands are significant, especially when financial help from spouses is limited or non-existent. In the final chapter, “Men, Masculinities and Emotional Labour”, Brooks turns to the role of men and their evolving influence on the configuration of family, work and society.

The title of Gender, Emotions and Labour Markets leaves a reader expecting detailed analysis of the economic implications of emotion work and female migrant labour. In fact, the authors could have developed a more solid and structured argument had they further explored the sociology of women’s employment and the occupational sociology of gender. They might also have developed more explicit views on evolving labour market configurations and on feminist approaches to the evaluation of global economic activity.

In spite of limitations in the range of topics covered, this volume represents an important resource for anyone interested in trends in female labour-force participation, transnational female migrant workers and the effects of women’s care-giving responsibilities on the family, economy and labour market. The authors shed light on the subject of women’s emotion work and highlight concerns that academics, researchers, policy-makers and students should consider in the study of gender.

Sri Ranjini Mei Hua is Social Assistance Policy Officer in the Ministry of Social and Family Development, Singapore, and Associate Lecturer in the School of Arts and Sciences of the Singapore Institute of Management.