In an ideal world, “dignity doesn’t have an expiration date attached to economic productivity. It affirms the worth of personhood. It feels different from what we have” (p221). In This is What Inequality Looks Like, Teo You Yenn writes a moving collection of essays that shine the light on a reality long swept under the carpets of gleaming, green and glamourous Singapore. In the home of Crazy Rich Asians, statistics that indicate growing numbers of millionaires every year conceal the lived realities of those who fall through the cracks and are barely acknowledged.

The stories on these pages are not a mere dry academic dissertation on poverty. Teo writes candidly accessible tales of real people and relationships, encountered and made familiar over years of academic fieldwork. It is her long study and thorough understanding of the policies and institutional systems that compound the difficulties of these lower-income citizens that make this book a powerful commentary. While she lays bare the processes that prevent many of them from moving out of the cycle of poverty, she appeals for awareness, and even empathy—as much needs to be done to review and revise some of the structures that trap the lowest segments of the population into immobility. 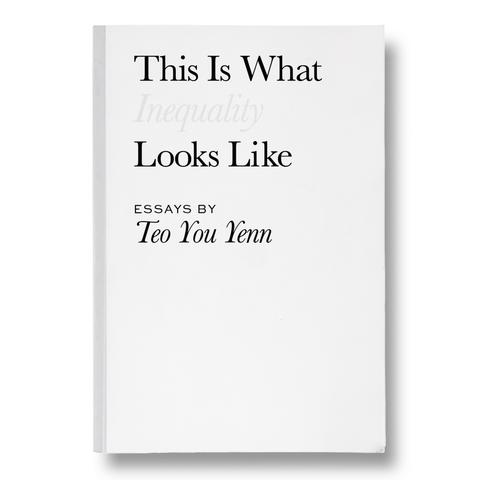 Sometimes it is the most basic and subtle of differences that have the most impact. Teo describes the run-down clusters of rental units she spent many hours visiting, hidden between internationally-acclaimed high-rise government apartments, yet a world apart. She describes them as zones “marked not only by the visual but also something quite primal and physical” (p46). She does not mean to ghettoise these homes, but she pinpoints for the reader the details that make the difference: the ubiquitous presence of police and narcotics officers, as well as loan shark and crime notices. She draws a sharp comparison between this oppressive negativity and the cheerful ambience and positive messaging of owner-occupied blocks—just one example of what inequality looks like.

Teo makes it clear that members of Singapore’s bottom percentiles are not tucked away and alienated from the island’s daily hustle and bustle. But they are made invisible by the roles that they play and denied a presence by wilful or unintentional blindness on the part of many who benefit from their services. “Low-income persons are in reality highly present in most Singaporean’s everyday lives… when we say we cannot see poverty in Singapore, it is partly because its manifestations are masked and partly because we do not look” (pp192–193). Working among every other Singaporean are those for whom a rental unit is a step up from homelessness; where the “typical” trajectory of finishing school, getting married, buying a home and having children (p80) is either out of reach or follows a different order. “Normalcy” is defined by the mainstream majority. The neighbourhood and lived reality of those who can just barely afford to rent are a world far beyond the imagination (if at all contemplated) by the average Singaporean—and deemed “inferior” and “problematic” (p29).

Through Teo we experience the warmth, generosity and hospitality of low income families who genuinely come together to help each other in the most difficult of times, whose kindness to those who have less than themselves belie the struggles that they face. This community is common in other parts of grossly poor Southeast Asia, and a stark contrast to hollow top-down orchestrations to engender a kampung (village) collective in many owner-occupied constituencies. Teo shows us that the mainstream caricature of those who “deviate” from societal “norms” are far from accurate. These communities that she has grown to appreciate comprise hard-working, self-reliant, family-centric citizens that not only actively contribute to Singapore’s economy but constantly strive to improve their lot in life.

Beyond the link between poverty and inequality, Teo deftly weaves in the importance of dignity and illustrates how there is a distinct lack of social justice in the treatment of the very poor where “every day is a struggle with (in)dignity” (p194). The problem of poverty in Singapore should not be one “of the ‘other’” (p250). The narrative that their issues are “are an exception” (p196) needs to be disrupted so that the search for solutions becomes a national effort. It should be a quest bred on a sense of responsibility and morality; of helping one of our own—simply because we can.

In a poignant concluding chapter, Teo peels back the layers of a wound as she recollects the reactions to her work over the years. Responses ranged from those who are surprised that poverty exists in swanky Singapore, to those who trivialise the plight of the people she describes, or deny their existence. More tellingly is the reaction of one particular audience member who chastises her for publicly going against the great “Singapore Story” and “airing dirty laundry” to an international audience. This chapter (p225) exemplifies the narratives and blind spots that we have perpetuated both to the world and ourselves. Nationalistic tendencies and the discomfort of discussing the ugly realities of those who have always remained hidden need to be overcome. Perceptions attributed to petty folk beliefs of “race”, which are discussed in an additional epilogue, need to be discarded.

To be fair, the discussion of inequality has been all the rage in Singapore recently. In May 2018, a Channel News Asia documentary hosted by a member of parliament, Regardless of Class, examined Singapore’s social divisions but was met and countered by netizens and online portals for its lack of the sort of analysis that Teo lays out in her book. Another MP referenced her book in an opinion piece on the government’s promotion of self-reliance—a topic that Teo herself dissects and illustrates as she chronicles the lives of those who do everything they can to not ask for help. Teo points out that this is because of the futility these families face in their appeals for assistance, and how the process erases any last shreds of dignity that they held. If nothing else, then, Teo’s book has already succeeded in taking the debate on inequality in Singapore out from behind closed doors. 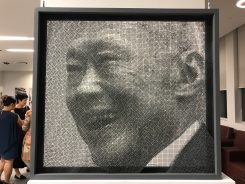 In response to Oxfam International’s Commitment to Reducing Inequality Index, released in October 2018 (where Singapore was placed at number 149 out of 157 countries) a number of ministers were quick to point out the outcomes achieved by the city-state. These include 90% home ownership, high life expectancy, and extremely low infant mortality. In a post-National Day dialogue, Singapore’s prime minister brought up the issue of social mobility, also eloquently expounded on by Teo in her book. Most recently, another online news portal published a feature on a number of young people who were able to escape and overcome the difficulties of growing up in the lowest strata of Singaporean society. While the national response (whether explicit or implicit) to Teo’s work has been varied, it is clear that she has made a point in the corridors of power.

As she closes her book, Teo invites her readers to consider how their lives can be understood from the perspectives that she has presented. She asks that the middle and upper class majority in Singapore understand the consequences of their decisions and actions and how they inadvertently enhance the inequality and indignity faced by some fellow citizens.

For me personally, this book is a breath of fresh air that resonates vividly with my experiences across the border in poor rural Malaysian communities. At a recent conference I attended, a scholar mentioned that while Singapore leads ASEAN this year, the rest of the region seems to look at the island with some disdain. Teo’s revelation of a rough underbelly makes the nation seem more “normal” in the eyes of the region. Smudges in the sparkling sheen that Singapore tries to portray may oddly endear it to the rest of Southeast Asia, as it is turns out that the island-state is not very different after all.

This is What Inequality Looks Like has clearly raised the blinds on a topic once hidden far out of sight. It is a book that needs to be read by all Singaporeans. Conventional tropes of meritocracy and social mobility need to be examined with a critical yet empathetic eye. The poorest citizens of the nation need to be embraced into the mainstream and their struggles surfaced as national priorities. Only then can Singapore truly declare itself a first world nation. In the meantime, as Teo robustly concludes, we need to harness the values, beliefs, habits and aspirations that she believes exists within us as a nation to ensure that inequality can be refused and dignity restored. Serina Rahman is a Visiting Fellow in the Malaysia Programme at the ISEAS-Yusof Ishak Institute, Singapore, conducting research in the fields of sustainable development, environmental anthropology and the economics of the environment. Serina co-founded Kelab Alami, an organisation formed to empower a Johor fishing community through environmental education for habitat conservation and economic participation in coastal development. She received her PhD in Science from Universiti Teknologi Mara in 2014. Read her recent account of rural Malaysia post-GE14 here, and her review of Living With Myths in Singapore.