China and Myanmar: Behind the headlines

It may seem surprising, but China’s relations with Myanmar have always been volatile rather than “steady as she goes”. China has always had a lot at stake, and Myanmar has often had little real choice or freedom of action.  Ending direct Chinese Communist Party (CCP) assistance to the Burmese Communist Party (CPB) in 1989 was certainly the greatest traumatic change that either has seen. Yet both endured it, and even managed not to sever their seriously strained “party-to-party” ties. Moreover, all important military-to-military relations seem to have expanded, with high-level visits in both directions, and Myanmar’s military dependence on imports of key defence capabilities such as air attack and air defence items from China.

China has in recent years sought to maintain, formally, very proper and even respectful relations with Myanmar and especially with NLD leader Aung San Suu Kyi. China has been very attentive to the growing political influence of Aung San Suu Kyi, after for many years staying aloof from the Western tendency to put Aung San Suu Kyi on a pedestal.

While aspects of their relationship are enduring, familiar, and even comfortable for both, they are not necessarily happy or tranquil. China has endured momentous changes in Myanmar, without challenging or denying Myanmar’s right to decide its own way forward.

China seems to have settled on an approach towards Myanmar which emphasises, rather than downplays, the ethnic and cultural links between Myanmar’s Kachin State and China’s Yunnan Province. For example, China seems to be actively supporting moves to expand cross-border western tourism into Yunnan province. It is able to provide education and training to Myanmar ethnic groups in China without raising objections.

However, it is a struggle for China to keep effective control over (Chinese-speaking) ethnic groups across its borders in Myanmar, most notably the Wa and the Kokang, whose actions Myanmar does not necessarily dictate, but whose actions – gambling, prostitution, narcotics trafficking, etc. may not be to China’s liking either. China’s rare “interference” in these matters—such as its March 2013 acceptance of refugees from Myanmar after the Myanmar Army’s military action against the “Myanmar National Defence Army” in the Kokang Special Region (with Myanmar being unhappy with sanctuary being provided to Kokang residents of Myanmar)—might not be repeated. Nevertheless, China’s restraint on that occasion was notable.

In 2012, China took the unusual (for itself) step of seeking to act as a mediator in Myanmar’s Kachin insurgency. Unfortunately, this initiative was not successful, and China has not repeated it. But it demonstrates again that China is prepared not only to exercise restraint in relation to Myanmar, but is prepared occasionally to depart from its long-established policies in search of better outcomes. Chinese interests are not always identical to Myanmar’s interests, but sometimes China seems to exercise flexibility in relation to how it deals with Myanmar.

On another level, however, the unethical behaviour of Chinese businessmen or state-owned corporations in Myanmar has been widely criticised inside Myanmar—over jade mining, unauthorised timber trade, and aggressive mining operations. For example, some Chinese entrepreneurs were accused of corruption and arrested by the Myanmar law enforcement authorities . Occurring in the censorship-free Myanmar media, these incidents certainly damaged China’s reputation in Myanmar. China has taken some steps to moderate the impact of their supposedly commercial activities—to the extent of adopting for the first time a “public diplomacy” strategy—but this “soft power” strategy was not always successful.

Yet a degree of coolness has also been evident in China’s relations with the NLD. China’s connections with the NLD are not necessarily extensive or comfortable, especially when the NLD openly espouses populist causes such as environmental protection. Indeed, the biggest shock dealt to China by Myanmar was the 2011 “suspension” of the Myitsone dam construction on the upper Irrawaddy River by the then Thein Stein government (a decision which the NLD, not then in government, supported).

One area in Myanmar where Chinese influence is not great is Rakhine State, where major challenges to residual Myanmar military authoritarianism continues. Real Chinese influence in Rakhine State is limited. However, since 2014 China has been sourcing Andaman Sea oil and gas via long-distance oil and gas pipelines which China built from the Myanmar deep-sea port of Kyaukphyu to avoid shipping through the Straits of Malacca. This represents a substantial new Chinese strategic interest in Myanmar.

Instability around these pipelines could be quite a set-back for China’s more sophisticated energy regime.  So far, China has not sought to translate this new strategic interest into more effective Chinese measures to enhance the security of these pipelines. Is this something we should expect in the near future? 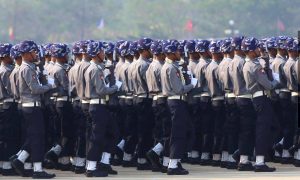 Further isolating the Myanmar public from international perspectives will do nothing to help the Rohingya. 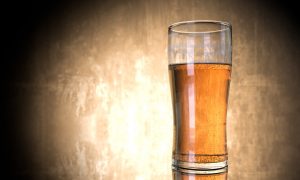 Raising a glass to the country's first craft beer brewery.