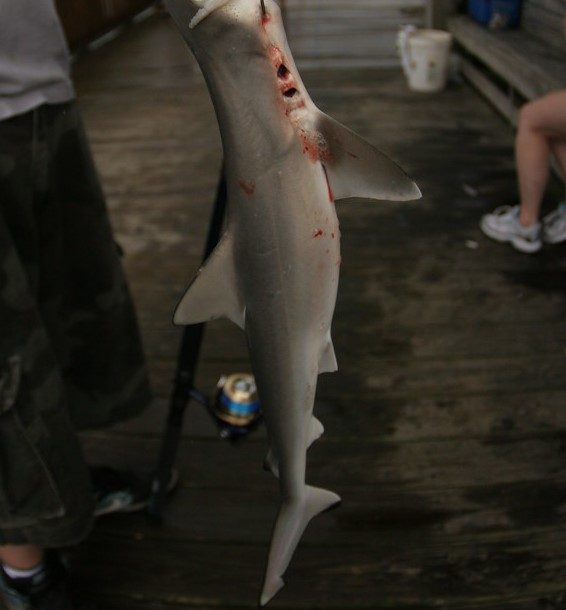 "No Shark Fishing" by emmafeir is licensed under CC BY-NC-ND 2.0 (cropped)

I am from Timor-Leste. Although many of the farmers of my country struggle with a long dry season and poor soils the waters around our coast teem with the greatest fish species biodiversity on the planet. Small-scale fishermen, including my family, have always relied upon this for their livelihood. More recently it has become the basis of a small tourist industry that, given the right conditions, could grow further. All of this is under threat if marine conservation is not taken seriously. COVID-19 means that tourists won’t be returning to Timor this year, or even the next, but in the meantime we still have to protect what is ours.

In December 2019 I returned from Dili to my home village, Mahata, in Oecussi district, to spend Christmas and New Year with my family. My stay there included both work and rest. I spent many days on the seashore playing beach soccer with friends, but I also took time to talk them to about the importance of preserving the abundant marine life that lives offshore. This includes nurse sharks, reef sharks, sea turtles, manta rays, dugongs, dolphins, sting rays and whale sharks as well as all sorts of coral.

For the most part, people in my village make their living from fishing and farming, so I showed them some YouTube videos of how communities in similar places were working to conserve marine life and use it to attract tourists. Many of them, both kids and grown-ups, were very excited to see this. Not much is taught about marine ecology in local schools, but it should be—there is clearly enthusiasm for the subject. What is needed is for the government to take its potential seriously.

While back in Mahata most evenings I would go to the deep-water port near my home to talk to people and watch the giant trevally zoom up from the deep water to take sardines off the surface. It’s not a very busy port, and so has become a popular fishing location especially with construction workers from Indonesia working on local road and bridge developments. The locals make their own lures of rooster feathers and the foreigners use store-bought fishing rods and bait. I like to talk to them, to find out where they’re from and what they’re doing there. One guy from Indonesia, a particularly keen fisherman, had been all over Oecussi and showed me a photo of a giant barracuda he caught had caught, as well as two sharks.

I was quite shocked by this as sharks are a protected species in Timor-Leste. My Indonesian friend even had a photo of himself holding a zebra shark (stegostoma fasciatum), and he told me he had caught a blacktip reef shark too. I know he didn’t know about the law, but it really upset me to see my country’s beautiful creatures killed like this.

Although technically these sharks are protected, these laws are not well known and are rarely enforced. This is not just a local issue; sharks are also protected under a range of international treaties, including CITIES (the Convention on International Trade in Endangered Species of Wild Fauna and Flora). There is even a mention of the importance of protecting Timorese wildlife, both at sea and on the land, in our National Strategic Plan (2011-2030), although like so much in that document it has yet to be reflected in reality.

Timor-Leste has a coastline of around 735 km, and a 72,000 km2 exclusive economic zone waters in the waters offshore. Properly managed this could easily support both a local fishing industry and tourist development. Tourism in particular has enormous potential. Scientists have found that the waters near Atauro Island for example, just a short boat ride from Dili, are among the most biodiverse in the world encompassing 643 species—Fiji, Australia and the Bahamas all attract people from all over the world for diving, we could too. At the moment though this resource is being trashed.

People like my Indonesian friend with his zebra shark are not the main problem. The problem, rather, is the weakness of the law and the degree to which it is open to exploitation by corrupt officials and foreign fishing companies.  A recent incident is a good example of what I mean.

Two years ago the Timorese police, working together with Australian police and activists from the Sea Shepherd, rounded up a fleet of 15 fishing boats belonging to a Chinese company, Honglong Fisheries. Between them they had illegally killed tens of thousands of sharks. After they were apprehended some of the crew went to prison briefly but then, after a payment of $100,000, they were mysteriously released and allowed to return to China along with their boats! This is not the first time this sort of thing has happened.

While this state of affairs prevails no foreign companies (or individuals, even Timorese) will take our environmental laws seriously. What will happen instead is that the sustainable income that could be earned by maritime communities through tourism will be traded in for the short-term gain of corrupt officials and unscrupulous foreign businessmen. Ultimately my community in Mahata, already very poor, could lose one of the few natural resources it has.

I always enjoy returning to my home-district but it makes me sad to see its greatest potential asset both neglected and under threat from corruption and mismanagement. Marine conservation may not be what everyone is talking about right now, but in some ways it is more important than ever. 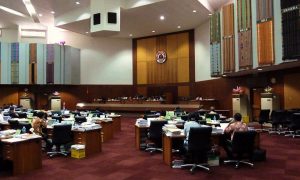 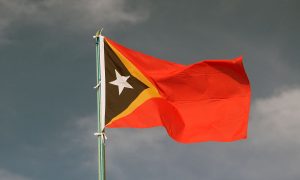 The role of youth and students has been sidelined in the history of the resistance movement.