The COVID-19 pandemic is testing constitutional practices around the world in unprecedented ways. Governments, many in liberal democracies, have taken extraordinary measures some consider as infringing on personal liberties, among them lock downs, restrictions on travel, limits on public assembly, religious services, freedom of speech, mass surveillance of cell phones, and enforced curfews. Combined with emergency legislation, interrupted legislative sessions, limited access to justice, and postponed elections in over 60 countries, the result has been a considerable enhancement of the executive at the expense of other branches of government.

Thus, there are growing concerns that these extraordinary measures, many of which would be problematic in normal times, may in the long run jeopardize civil liberties and constitutional democracy. There is a threat of ‘mission creep’ as the executive hangs on to its new powers and civil liberty restrictions become the new normal. There might even emerge a more concerted effort to exploit the crisis as justifying replacement of  liberal-democratic systems in order to consolidate power and marginalize the opposition—a phenomenon widely recognized as ‘abusive constitutionalism’.

What, then, is the role of courts in crises like the COVID-19 pandemic? The critical role of the courts in defending the constitution and upholding the rule of law is widely acknowledged, but what is their specific role in, for instance, insisting on procedural integrity in invocations of emergency; substantively reviewing the validity of rights restrictions; balancing public health concerns; asking governments to move affirmatively to combat the virus and its effects, or even supervising decisions to postpone the elections?

Consider the impact of the landmark decision of the Constitutional Court of Taiwan in response to the SARS outbreak in 2011, which is the precedent for holding the current government in Taiwan accountable for its responses to the current pandemic. Similarly, the Supreme Federal Court in Brazil has responded to the erratic and authoritarian impulses of the Bolsonaro administration during the pandemic by affirming the subnational responses of Brazil’s federal states; granting access to public COVID-19 data; and actively inquiring  into allegations of possible corruption and administration abuse of power—activities that have led it to direct confrontation with an increasingly authoritarian administration.

By comparison, the response of courts in Southeast Asia has been slow and muted. A petition in early 2020 to the Supreme Court of the Philippines for early release of sickly and elderly prisoners to relieve overcrowding has still not been decided (only a SC Administrative Circular was issued), and in Indonesia a challenge by civil society groups against the COVID-19 regulation under President Joko Widodo to the Constitutional Court is likely to be rejected on technical grounds as the matter has become moot. Thailand’s battered Constitutional Court, meanwhile, has since 2006 shied away from reviewing emergency legislation, raising further questions about its independence.

The absence of judicial interventions in most of Southeast Asia is puzzling, especially since some of the most militarized responses to the pandemic have occurred there, often with a worrying power grab by the executive. This is particularly true for countries that declared a state of an emergency (e.g., Indonesia, Philippines, Thailand, East Timor), which are showing disturbing signs of constitutional retrogression guided by an empowered executive.

In the Philippines, for instance, police and army deployed to enforce quarantine regulations have made thousands of arrests on minor infractions while many senior officials flout regulations with little consequence, and the Duterte administration has moved against journalists, local government officials, and even the Vice President for criticizing the poor government handling of the crisis. In Indonesia, Emergency Law No.1 has authorized presidential action through 2022 that includes changes to the budget by decree and exempts government officials from civil and criminal liability, while also laying the foundation for sweeping restrictive social measures. Meanwhile, the omnibus bill on job creation gives the president such generous powers that he now has authority to override decisions of the legislature.

With the public distracted by the pandemic, emboldened administrations have pursued other constitutionally questionable projects that have raised public concerns about their constitutionality, such as the much contested constitutional amendments and passing of an anti-terror law in the Philippines that empowers the executive to make warrantless arrests and to detain without charges being filed in court for up to 14 days, and plans in Indonesia to relocate the capital. Drawing on questionable 2005 legislation, Thailand has once more invoked a state of emergency to justify the arbitrary exercise of power and excessive encroachment on human rights and media freedoms, arrest of government critics and suits against whistle-blowers in the public health sector, and attacks on journalists critical of government handling of the crisis. Part of a wider crackdown on journalists and independent networks in the region, these measures have effectively curbed growing public discontent with the military regime that had been mounting since the flawed 2014 election and dissolution of the main opposition party in 2020. 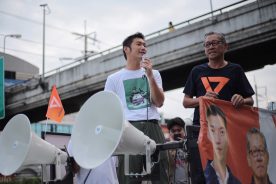 Are the courts simply standing aside in all this? Arguably, courts are reactive institutions—cases have to be filled and the judicial process takes time; given that many emergency measures are temporary, many cases might be moot by the time there is a decision. A more critical reading, though, might also see judicial inaction as a vivid reminder of the general weakness of courts in the region and their limited ability to stem executive abuse. Despite a broader trend towards the judicialisation of politics in the region, a history of executive dominance, the recent emergence of populist leaders, and executive undermining of the independence of the judiciary through politicised appointments has in many cases fostered a culture of executive deference that is painfully visible during the COVID-19 pandemic. Civil society actors have largely given up on Thai and neighbouring courts.

As the crisis continues, only time will tell whether poor pandemic management by populist leaders in the region will exacerbate public discontent and more assertive court behaviour. What is already clear is that whether and how the courts respond is crucial to how democracy and the rule of law evolves in the region—and beyond.

More on the rule of law and COVID-19 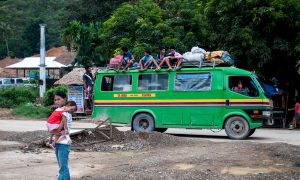