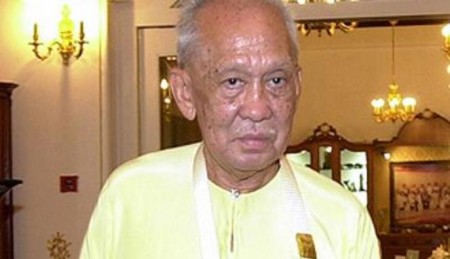 The Malay rulers hold a time-honoured, pivotal and deeply dignified place in Malay society. Deriving from pre-Islamic Hindu-Buddhist origins, their position is defined by the daulat that they embody and emanate. Daulat is that special aura of power that surrounds and attaches itself to the rulers –– to them as persons, to their thrones and palaces, and to their sacred royal regalia.

That aura is special because it is ultimately cosmological in its origins and nature. While the rulers exercise their power on earth, among people and especially over their subjects, that power is not of earthly human or social origins. The ruler derives his daulat, in the older Hindu-Buddhist thought patterns that provide a common cultural sub-stratum throughout Southeast Asia from Burma to Bali, because they are at the centre of a human socio-political world that is not autonomous or “free-standing” but is itself a miniaturized model, or small replica, of the sacred structure of the universe as a whole.

The ruler at the centre of the earthly human social order is also thereby a cosmological pivot; he anchors the social order, and especially the state centred upon his own person and royal palace, to the ultimately magical and supernatural structure of the universe itself.

It is only in this cognitive and semantic context that we can make sense of such otherwise unfathomable honorific royal names as Pakubuwono, meaning “nail of the earth and tangible, physical world” (i.e., the device enabling its attachment to the wider cosmos). He is the fastening device that “nails” everything together. He is the fixed point and, for all others, the fixing or anchoring mechanism of the world: of the social and cultural world to the natural and to the supernatural, mystical and ultimate cosmological realms; of the seen and the palpable to the unseen yet imputed and intuited worlds.

In the making of those connections, from his unique ability to give effect to them, the spiritual legitimacy and in turn the political power of the ruler were generated and vindicated.

By attaching the state and its human arrangements centred upon his own person to the ultimate deep structure of the sublime universe, he “sacralizes” –– or invests with mystical authority –– the state and his rule over its subjects. In doing so he emanates daulat, that mystical power and aura of sanctity that make him and his regime, in cosmological and therefore in human terms too, legitimate.

* The present-day mystique of daulat

These ideas are still powerfully alive in Malay society, not just in the arcane books of cultural anthropologists and social historians but in the hearts of the people, the Malay rakyat themselves. Virtually all Malays –– not just those of more traditional inclinations but even the most modern and apparently “progressive” –– feel the powerful aura of the ruler’s daulat whenever they are in the royal presence. That experience produces in most Malays deep feelings of awkwardness and a sense of their own “lowliness”.

It is fortunate, in such situations where the rakyat, both low and high alike, are likely to feel great embarrassment and to find themselves tongue-tied, that Malay culture provides them with its complex, highly elaborated and very subtle adat or Malay custom, both verbal and also in dress and action, to guide and channel behaviour towards the royal person and the sacred majesty (or daulat) of his authority. Etiquette is the rakyat’s (subject’s or generic common people’s) shield against the shameful “unworthiness” that daulat –– its close presence and humbling cosmic authority –– induces.

The position of the rulers and the almost reverential attitude of the rakyat to them are ancient. They are far older than the nation’s modern Federal Constitution and the constitutions of the Federation’s various constituent states. Those modern Malaysian states, or most of them, are based upon the old Malay sultanate-states that took shape long ago by being centred or focused upon a Malay ruler and his royal daulat.

Yet, when he acts in his constitutional capacity, when he is discharging that constitutional function, his powers and actions are limited to it and confined by its formal definition.

His traditional standing does not enlarge his formal constitutional functions and power. It simply dignifies and lends an ancient solemnity to his exercise of those modern constitutional responsibilities.

* New kingship: the position of the Agong

When Malaysia became independent in 1957 a further dimension was added to this already complex cultural and constitutional situation. The identity and sovereignty of the new independent Federation was now to be symbolized by the head of state or Yang Di Pertuan Agong and embodied in his person; and the head of state was to be, for a five-year term, one of the rulers of the constituent Malay states of the Federation, chosen in rotation by election by his fellow Malay rulers as a group. As a group, these Malay rulers, in their formal designation as the Council of Rulers, were also given a number of important powers and responsibilities in the nation’s public life by the Federal Constitution that was enacted as the basis of independent nationhood.

True, he only becomes the Agong because he is already one of the Malay rulers whose position in their own states is far greater than what the state constitution defines as their official role and status. True, the Malaysian Constitution is young, while Malay monarchy with all its associated ideas of daulat is far older and more deeply entrenched, not just politically but culturally and psychologically among the rakyat.

So the sources of the Agong’s position are ancient and complex; but this is a matter of “deep” cultural history. Yet his role and duties as Agong are modern, circumscribed, being formally created and delimited; and this is what matters, this is the core reality and truth, constitutionally.

Scholastic as they may seem, these are not simply abstract issues. They have real and immediate significance in Malaysian public life. And to the extent that these complexities themselves remain ill-defined or unclear and also poorly understood, they can give rise to dramatic political contention and conflict.

They have in the recent past; they are again doing so today. They did so in 2008, notably in the states of Perlis and Terengganu, and are now doing so again (so I wrote in 2009) in Perak.

But, some people ask, what are the implications of this reaffirmation of constitutional sovereignty for the daulat of the Malay rulers?

People sometimes think there is an issue here but there really is none –– so long as people recognize (which very few do) that Malay daulat and modern constitutional “sovereignty” are quite different things.

There only appears to be an issue since we all have long been accustomed to translate the daulat that the rulers embody as “sovereignty” (rather than as archaic royal sanctity), and then to use the derivative word “kedaulatan” to convey the modern legal and political concept of state sovereignty.

In sum, within what has become standard linguistic usage –– and hence vitiating much scholarly argument as well as popular political discourse –– there is here, now deeply embedded in the key terms of our thinking, a logical flaw that is akin to what is known (in the formal technical analysis of faulty syllogistic reasoning) as “the fallacy of the undistributed middle”.

To be specific, just because those who may once have exercised sovereignty, or aspired to do so, were characterized by the sacred cosmic daulat that they were believed to embody and emanate does not entail that daulat means –– that it is identifiable as or coterminous with –– what we, in a different universe of meaning, call “sovereignty”.

To make that equation is, at best, to confuse the contingently accompanying attribute of the thing (daulat) with the thing itself (sovereignty), while presuming that the classical Malay rulers did really exercise, uniformly and consistently, what we now understand as sovereignty.

But if, as can be argued, they did not, it is to confuse the characteristic attribute of the Malay king with something else –– with something other than what in fact was the daulat-emanating ruler’s actual social and cultural power –– and then to assert, because he was the king and embodied daulat, that he must therefore have exercised sovereignty in something like the modern sense.

This conclusion neither follows nor seems to be consistent with the history of the Malay sultanates as it is known and seriously knowable to us today.

Clive Kessler is Emeritus Professor of Sociology & Anthropology at The University of New South Wales in Sydney. Throughout the 1970s he taught courses, both undergraduate and postgraduate, about the Southeast Asian world and regional cultural history at Columbia University, New York. This article is based on his paper, “Daulat, kedaulatan and sovereignty: Authority, legitimacy, constitutionalism and modernity in the Malay world.”

(18) The point is made, in anthropological and cultural historical terms, in Kessler (1992: esp. pp. 143-146). It is also elegantly made on rigorous jurisprudential grounds, by an authoritative commentator, the late Professor R.H. Hickling (1987: 55-56). I have heard the same point made, eloquently yet incisively, in recent oral presentations by the legal scholar Prof. Shad Saleem Faruqi and the leading advocate-practitioner of constitutional law, Malik Imtiaz Sarwar.