In a stunning and well-crafted storytelling through performance, the Tao Po (Is Anybody Home?) monologues examine Philippine President Rodrigo Duterte’s drug war and its fatal consequences. Beyond its capacity to provoke the audience, Tao Po can make us ask compelling questions.

Actor, activist, and researcher Mae Paner (also known as Juana Change) tells four stories formed around the actual lives of characters serialised in an hour of bare spectacle. These include a photojournalist who captured the drug war’s iconic Pieta image—a woman embracing the body of her summarily executed partner. Another monologue featured a Zumba instructor who witnessed the death of her husband and son during a drug-related police raid in their slum community. In the third segment, Paner portrayed a police officer/hired killer who is pushed to the limit and against his will in ensuring the killing of persons involved in illicit drug trade. Finally, we see the drug war through the eyes of a child, an orphaned girl who detailed how her parents and drug-dealing suspects were killed in front of her.

In narrating these lives, the medium is theatre and the actor’s body and performance and the minimal set transform the audience to witnesses, as if a jury hearing testimonies. Nevertheless, Tao Po is no different in telling, revealing, articulating, and marking the tales of these marginalised, often vulnerable, Filipino families at the centre of the drug war, just like histories, documentation, testimonies, academic research, or witness accounts embedded with stories of extrajudicial killings.

The performance at Melbourne’s Footscray Community Arts Centre provoked the audience, some of whom were sympathisers of Duterte. Many were emotionally triggered by this part-testimonial, part-theatrical, and part-documentary theatre. There was a general sentiment of anger after the show in that intimate blackbox theatre.

During the Q&A after the performance, emotions were rising as some of the audience members questioned the veracity of the large number of drug-related killings claimed by human rights advocates. Overall, there was a consensus among the people in that room after the performance that what is happening back home in the Philippines is truly disturbing.

Beyond sentimentalism, I see another value in the creative narration of the lives at the heart of the drug war, in this age of fake news and dysfunctional democracies. The monologues capture different perspectives and conflicting values that can make us ask difficult questions. I think that is the core of the four stories.

Extra-judicial killing is one of the obvious themes of this social-realist theatre. Yet, the theme does not offer simple answers to questions of accountability (Who is at fault?) or justification (Is it a reasonable battle? Is it justified to kill the source?). The artists behind Tao Po offered complicated answers by presenting the perspectives of untimely death through the lives left behind by the deceased. This not only relays a deep agony through the power of storytelling and theatre, but it can also ignite more deadly questions regarding this war on drugs. 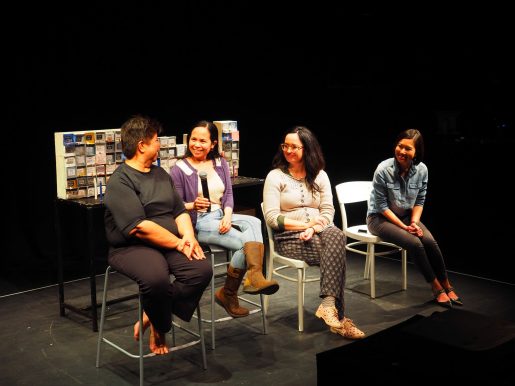 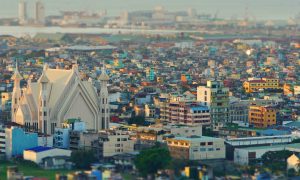