A recent consideration from the Extraordinary Chambers in the Courts of Cambodia (ECCC) has highlighted a fundamental flaw in its design, one which jeopardises the rights of the accused to appeal decisions made in their cases and renders the Pre-Trial Chamber, the chamber which hears motions and appeals against orders during the investigation phase of a case, ineffective.

Chambers at the ECCC follow a “supermajority voting rule”, which means that decisions must be reached by an affirmative vote of a simple majority of judges plus one. Because the chambers of the ECCC are staffed by a simple majority of Cambodian judges, the supermajority rule means that at least one international judge must support every decision that the chambers make. This unique rule was a necessary compromise during negotiations on the establishment of the ECCC which attempts to balance Prime Minister Hun Sen’s demand for a Cambodian majority of judges with the UN’s fear of political influence amongst the national judges. There are no other internationalised tribunals that have adopted a supermajority voting model.

So far the ECCC has convicted three people, with pre-trial proceedings into three others ongoing. Hun Sen has been notoriously opposed to further investigations at the ECCC, stating that “civil war” will ensue if the investigations in cases 003 and 004 continue. Unsurprisingly, the Cambodian judges have also been firmly opposed to these investigations and decisions about them have consistently split along national/international lines amongst the judges.

The recent consideration issued by the Pre-Trial Chamber (PTC) in case 004/1 has shed some light on how a long-standing and deep-seated disagreement between the national and international judges over whether further trials should take place at the ECCC will play out in the remaining cases.

Case 004/1 involved proceedings against Im Chaem, an alleged former mid-ranking Khmer Rouge cadre. In February 2017, the Co-Investigating Judges (CIJs), who are responsible for carrying out pre-trial investigations into a case, issued their Closing Order in which they dismissed the case against Im Chaem on the basis that she was not a senior leader nor a person most responsible for the Khmer Rouge atrocities. The International Co-Prosecutor, who, together with the National Co-Prosecutor, is responsible for prosecuting each case, appealed this dismissal to the PTC. A few weeks ago, the PTC issued a “consideration” in which it states that it has failed to reach the required majority of votes on the question of whether Im Chaem was a senior leader or person most responsible for Khmer Rouge atrocities. According to the court’s procedural rules, the PTC’s failure to reach the required majority of votes necessitated that the order dismissing Im Chaem’s case would stand.

Since the contentious opening of the investigations into cases 003 and 004, the PTC has routinely failed to reach supermajority on appeals. The consideration recently issued by the PTC over the Im Chaem Closing Order appeal is no exception. In the consideration, the PTC reaches unanimity on some of the procedural grounds of appeal, notably including that the CIJs eighteen-month delay in issuing its Closing Order reasons after the close of the investigation amounts to undue delay. Further, the international judges provide a robust analysis of the appeal which spans over one hundred pages and concludes that Im Chaem should be tried. In sharp contrast, the Cambodian judges provide a mere two and a half page reiteration of their opposition to further trials taking place at the ECCC. Unable to assemble a supermajority of votes, the PTC declared that the dismissal of Im Chaem’s case must stand. 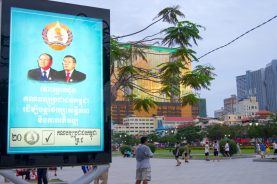 The failure of the PTC to reach a supermajority in the appeal against Im Chaem’s dismissal provides important insight into the future of the remaining cases at the ECCC. It illustrates that, as predicted, the PTC is likely to continue to split along national/international lines in appeals against Closing Orders. For an appeal against a dismissal filed by the International Co-Prosecutor, the decision of the CIJs will stand because the three national PTC judges will support the dismissal—as has occurred in the Im Chaem case. For an appeal against an indictment filed by the Defence (or perhaps even by the National Co-Prosecutor), a supermajority will fail because the two international PTC judges will support the indictment. The Closing Order would then be forwarded to the Trial Chamber and a trial would commence. This is despite the lack of consensus on the indictment at the pre-trial stage. Therefore, the final power to determine whether the remaining accused before the ECCC will be dismissed or indicted to trial rests with the CIJs and not with any judicial chamber. Finally, in the unlikely event that a trial does proceed, the Trial Chamber is again likely fail to reach a supermajority in their final judgement.

The supermajority rule has rendered the PTC ineffective and allowed the CIJs unchallengeable discretion over whether to indict the remaining accused or dismiss their cases. In this regard, I argue that both the Co-Prosecutors and the remaining accused are being denied, in substance, their right to appeal. The supermajority rule has created a system in which the likely outcome of any appeal is that the original decision will stand, because the chamber cannot assemble enough votes to produce a substantive decision. Within this system the PTC has been rendered ineffective, and the right to appeal illusory. 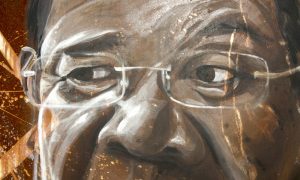