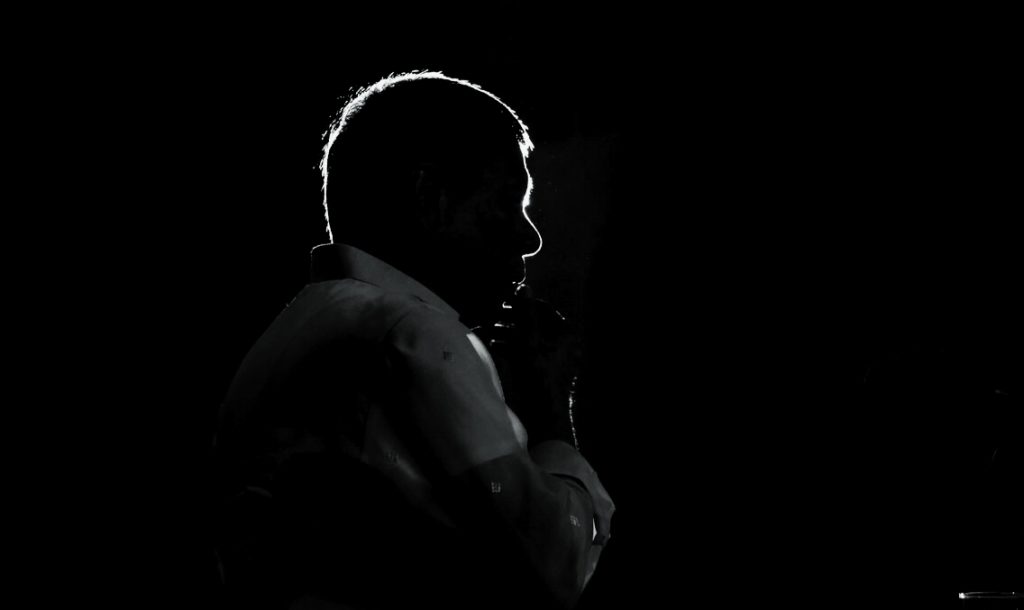 Duterte is a moral crusader. In the eyes of his followers, the President is driven by his deep love for the country. During his presidential campaign, Duterte kissed the Philippine flag, a symbolic act that enthralled his followers, many of whom were tired of politicians’ empty promises. And from his stint as Davao City’s mayor, Duterte had the record to prove his worth.

As a moral crusader, Duterte presents himself as an uncompromising defender of the people’s interests. Thus, he has no love for critics, criminals, and human rights activists, all of whom he calls the enemies of the state. In fact, he is even willing to suffer because of his choices. In response to his critics, he made an unmistakable remark early on in his presidency: ‘I am willing to rot in jail for the Filipino’.

Invoking suffering in the name of patriotism and righteousness works for a religious society that has endured every form of calamity and corruption. To appeal to patriotism is a religious conviction because it invokes a vague but transcendent entity — the Filipino people.

We thus argue that reflecting on Duterte’s enduring popularity needs to recognise that supporting his leadership is not just a political choice. It is also religious.

Put differently, the religious dimension of the popular support for Duterte needs to be taken seriously.

The society that welcomed Pope Francis in 2015 is also the same one that remains loyal to a president who has publicly condoned the rape of women, the death of drug addicts, and the killing of priests. At one point, Duterte even declared that he was willing to turn Manila Bay into a ‘dumping ground of criminals’.

Two years into his presidency, killings have not made a dent on Duterte’s popularity. How is this possible in a society dominated by people whose religious tradition teaches that ‘thou shalt not kill’?

Philippine society has come to this point where the death of drug suspects is a staple of daily news. It has become so normal that calling God stupid is now more offensive than the death of the poor.

The irony lies in religion itself.

Not all religious leaders are the same

We conducted extensive fieldwork in a community deeply affected by the War on Drugs. In this urban poor area, the bloody campaign has left scores of widows and fatherless children.

Through interviews with its pastoral leaders, we discovered how they understand the drug issue and their underlying support for President Duterte. Apart from Catholic priests, we met with Baptist pastors, evangelical leaders, youth ministers, theologians, and other lay workers. These leaders were aware of the toll the War on Drugs has in their community. In some cases, even their own members have been killed. As part of our commitment to protect their identities, we have changed their names throughout this article.

It is true that Catholic leaders are among the most vocal against the War on Drugs. Many of them have openly criticised the way police operations are done, especially in impoverished areas. Bishops have made scathing remarks while many parish priests have organised left-behind families. Some have even begun calling for Duterte’s resignation.

One priest in our interview asked, ‘Has the government done anything to help the affected families?’ This question acknowledges that the drug problem is related to larger social injustices. Understanding drug users as victims of ‘social evils’ calls for action beyond spiritual solutions. At the same time, the response needs to be cognisant of the impact on families.

This is why some religious groups had deliberate activities to support the needs of victims. Their support ranges from legal assistance to counselling services. One group has even raised funds to support the education of children. For these religious leaders, churches must relate to the victims by offering tangible help.

But not all religious leaders are the same.

In fact, these efforts were the minority. The majority of our informants did not do anything concrete to assist left-behind families.

Many have even chosen to actively support the War on Drugs. Some groups, for example, have organised religious sessions just for police officers. Pastors believe that doing so can help law enforcers become morally upright. Other religious leaders dismissed the killings and even justified that they were necessary. One evangelical pastor has partnered with local officials to identify drug suspects in the community.

What accounts for the difference?

The answer, we argue, does not lie in denominational differences. This is because across denominations one can easily find supporters and critics of the campaign. Based on our research, we propose a different answer. It lies in the specific theological reflections about Duterte and the War on Drugs.

Indeed, the great majority of our respondents had a different worldview. They see the fate of killed drug users as a consequence of their separation from God. In a manner of speaking, they are sinful beings. One religious leader even compared drug users to ‘swine’, invoking Jesus’ injunction to cast not ‘your pearls before swine, lest they trample them under their feet, and turn against and rend you’.

For these leaders, God has anointed Duterte to compel people to recognise the need for spiritual renewal. This view welcomes a higher purpose in Duterte’s War on Drugs by making users (and Filipinos in general) realise their moral depravity.

This point became clear when we interviewed Pastor Julius, who leads a Baptist congregation: ‘God needed to appoint Duterte in order to get Filipinos to repent.’ To approach Duterte and the War on Drugs in this manner is to first and foremost spiritualise drug abuse. Thus, it focuses on the renewal of values and the salvation of the soul.

This theological view, of course, does not factor in the fact that the president has systematically attacked religious leaders themselves. More importantly, it is blind to the structural conditions that underlie drug use, especially among the poor.

In fact, the oversight is even justifiable. A group of pastors admitted to us that ‘the eternal is more important than the temporal’. In their worldview, the eternal refers to the spiritual. By implication, the salvation of the soul trumps every other concern. The resources of the church must thus be devoted to evangelistic activities.

The irony, however, is that most of the religious leaders who adopt this theological position are not involved in the spiritual care of drug users in their community. More critically, although their worldview spiritualises the issue, they are convinced that there is indeed a need for a strong and bloody campaign.

Hence, they welcome the arrival of Duterte as the God-sent disciplinarian. After all, it is God who ‘sets up kings and deposes them’. The anointing has to do with the mandate to implement the law in a country where ‘wickedness’ and ‘lawlessness’ reign. According to one pastor, people just need to realise that ‘the law of the land has God’s anointing’ and that ‘there is no law on earth meant to harm people’. Thus, the public only needs to have faith in the administration and abide by the law.

What about murdered drug suspects? While we found remorse among some leaders, the general attitude is dismissive. In the words of another pastor, ‘because the use of drugs is a form of wickedness, it must be stopped at all costs’.

There is a theology of sovereignty at work here. Duterte and his ways may not be the best, but one only needs to discern God’s higher purposes to find comfort. To go against God’s divine will is futile. To be ‘ahead of God’s time’ is not good.

What this engenders in relation to the War on Drugs is a moral and political position that distances itself from the issue and the victims themselves. The unfortunate reality though is that this theology of sovereignty is married to a theology of justice that exacts vengeance.

For what it’s worth, our study has surfaced the character of God in the minds of people. In Philippine society, God, as the journalist Paolo Affatato has keenly observed, is now the ‘avenger’ who eradicates evil instead of redeeming the sinner.

Even President Duterte is convinced. During his State of the Nation Address in 2017, he quoted Ecclesiastes 3 to argue that there is a time for everything, including dying. He also confessed that ‘it is really an eye for an eye and a tooth for a tooth. You took a life, then you must pay with your life.’

Hence, this is the time for righteousness. God sent Duterte, as He did King Josiah in the Old Testament, to root out evil from Philippine society. As we have spelt out in another piece, this prophetic reading is recurrent among ministers around the country, Catholic and otherwise.

And ministers are not the only ones behind this theology.

Prominent politicians are using the Bible in the same spirit. Manny Pacquiao, known around the world as a boxer, is a senator who calls for the reimposition of the death penalty. His argument? The Bible teaches that the government has the power of the sword. He also believes that Duterte is God’s anointed ‘to discipline the Filipino people’.

To what extent this underpinning is pervasive remains to be seen. But it is telling that the campaign enjoys the support of 88% of Filipinos, even if 73% also believe that extrajudicial killings are happening. The support, which cuts across all socioeconomic classes and geographic areas, flies in the face of the sixth commandment.

It is for this reason that we are convinced that what people believe in everyday life matters. People’s beliefs — popular theologies — are consequential. Indeed, what we have documented points back to Duterte’s charisma. While it is one thing to support the president and another to treat him as an omnipotent saviour, with Duterte these distinctions are blurred. He is after all the moral crusader who kisses the flag and is willing to die a martyr’s death.

But the human consequences are clear. In a provocative sense, the War on Drugs is the altar before which politics and theology are wedded to each other. It is also the altar on which lives are sacrificed.

At this point a discursive pushback is necessary. Religious leaders have the responsibility to counter the dominant discourse among themselves.

The pushback, however, needs to present a far more compelling future for a society that has been captivated by this regime’s promise of change. Here the German theologian Jurgen Moltmann’s words come to life: ‘Resistance is the protest of those who hope, and hope is the feast of the people who resist.’ 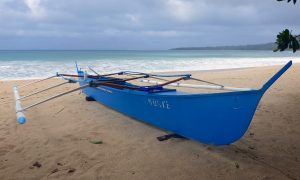 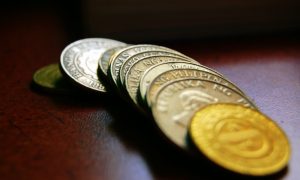 A colonial cross of gold: the roots of economic conservatism in the Philippines

On colonial legacies and austerity economics.