Politicians retaining or returning to public office from a period of disgrace is not an unusual sight in Philippine politics. From former president Joseph Estrada to the re-elected senator Bong Revilla, the political arena is populated by actors with questionable backgrounds and muddy résumés. This phenomenon gained a new layer with recent reports on the current administration’s approval ratings. Despite the controversies surrounding its handling of the Reed Bank Incident and territorial disputes with China, Duterte’s administration enjoys a positive rating. Moreover, in comparison to the rate of decline for previous administrations, his approval rating is comparatively impressive.

In a recent article analysing the seemingly ‘Teflon’ nature of Duterte’s reputation, Antonio Contreras called for a dissection of the notion of approval that public opinion surveys seek to measure. For him, approval can refer to actual satisfaction with government performance, to mere loyalty, or even to toleration in the perceived absence of a credible alternative. By pushing the latter further, citizen-scholars can ask the following: How does a citizen excuse the shortcomings and offenses of a leader that he/she supports? What are the factors affecting this capacity to tolerate, excuse, and even justify failure in performance?

Political legitimacy is based on the people’s capacity to overlook a leader’s wrongdoing or shortcoming; excusing what others find as inexcusable.

Why focus on the capacity to excuse? Responding to Wataru Kusaka’s observations and analysis on the moralizing of Philippine politics, I posit that excuse lies between values and behaviours that citizens deem as ‘good’ or ‘evil’. Moreover, this practice is aligned with a negative definition of legitimate authority espoused by Alexandre Kojève. For him, legitimate authority is an act of power that does not elicit opposition from its target and is based on both support and lack of opposition. Hence, it becomes a matter of threshold. How much pressure can a citizenry take before its tolerance breaks?

The resilience of ordinary and disgruntled citizens is key to addressing this question. In relation to regime legitimacy and stability, their resilience can be construed as something based more on the capacity to put up with failure than having a high regard for success and moral uprightness.

Legitimation results from representative politics as a form of sustained claim-making. Specifically, the resonance of a claim to representation, once achieved, must be sustained in the face of social changes. Though resonance would commonly take the form of aligning such claims with the shared values of a constituency and target audience, representative politics leaves space for excusing instances of failure and wrongdoing. To illustrate, an individual voter sees and expects a representative to be the active embodiment of his/her values and interests. Dissonance may occur if this representative acts contrary to certain values and interests while upholding others. This gap provides space for excusing failure as a means of resolving a perceived misalignment.

Focusing on the practice of excuse, it can be construed as a cognitive process leading to the formation and/or solidification of attitudes towards certain political objects (e.g. individual politicians). It is constituted first by the process of creatively shifting blame away from the accused. This involves the creation and proliferation of conspiracy theories that are based on both paranoia and the willingness to creatively bridge the gap between opaque government activities and the public. It is also indicative of a capacity to weave a story that is convincing enough to support an excuse for someone’s failure. One example was a recent and botched attempt of Duterte’s spokesperson to publicize a supposed ouster that implicated opposition forces and certain journalists. Another is the old case of Ninoy Aquino’s assassination that triggered a revolt that toppled former president and strongman, Ferdinand Marcos. Various conspiracy theorists shifted blame away from Marcos and towards actors ranging from members of his cabal to foreign intervention. Attempts to cleanse Marcos’ reputation persist through ideas and stories ranging from blaming his wife for corruption to attributing his ill-gotten wealth to his supposed acquisition of Japanese war loot. As amusing and bizarre as these examples may appear, we citizen-scholars cannot deny that this practice is driven by a measure of creativity.

Furthermore, material for this intellectual exercise comes from sustained spectatorship. It keeps citizens exposed to public information ranging from a politician’s effort to excuse him/herself to a myriad of opinions and assessments coming from various political camps. This also juxtaposes a real political drama with different forms of entertainment (i.e. soap opera) that evoke values like forgiveness, redemption, vengeance, etc. To cap off this process, a citizen can have a form of cognitive/confirmation bias that directs the entire exercise towards supporting his/her system of beliefs and attitudes. This can refer to the persistence of illiberal and autocratic values tied with a lingering distrust towards the capacity of supposedly neutral institutions from the media to the courts of law. Overall, this dimension is a process driven by creativity chained to existing beliefs and attitudes.

Second is justifying the results of the process through the circulation of forgiveness as a political value, alongside highlighting the reality of human imperfection. Lastly is a myriad of political coping mechanisms preventing frustration from reaching a boiling point. This set of activities ranges from humour, to ranting on social media, to seeing the ballot as a way of expressing one’s discontent. From these two factors, a regime or an actor gains negative legitimacy (i.e. reducing public opposition).

The act of excusing failure involves creatively shifting blame and upholding the values of human imperfection and redemption. These two dimensions, in turn, are founded on the one hand upon cognitive bias that solidifies a citizen’s beliefs. On the other are coping mechanisms used to express any frustration and discontent without delegitimizing a regime or a representative.

From the discussion above, future inquiries can tackle the following questions. What are the probable impacts of excusing to the overall morality of the Filipino public? Is it an obstacle to the establishment of critical trust? Is this different from blind loyalty or a more sophisticated version of it? What are the distinctions between acts of excusing from justifying? Is excuse a kind of resource that politicians can both gain and lose?

The notions of support and loyalty can veil a more sophisticated process of legitimation that belies a portrait of the citizenry as passive spectators. The images of a bamboozled or an ignorant citizen are no longer apt explanations for the continued legitimation of the corrupt and disgraced. Instead, analysts must entertain the possibility of citizens creatively excusing acts that others, or even they themselves, deem as inexcusable. If the citizenry is endowed with such enormous power, then we citizen-scholars must turn our attention to the factors that have directed such creative energies away from democratic civic virtues and towards the toleration of dirty, corrupted, and even bloody political hands. 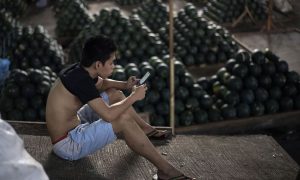