The fault lines between rich and poor in Lombok quake

Notes from a research trip interrupted by Indonesia’s most deadly earthquake in years.

Planning to conduct research on the diffusion of shari’a laws on Lombok island, I had booked a week’s accommodation at the “Holiday Resort Lombok” on Senggigi Beach.

I had just come back to my room from a run when the earthquake hit. Although I had experienced earthquakes in Indonesia before—including the Bantul earthquake in 2006 that killed 5,700 people—this time, the shaking was so strong that I felt like being lifted into the air before being thrown violently to the ground.

Together with other foreigners, I joined a group of villagers who followed a small path between partially collapsed buildings into the forest behind the settlement. Many of us were wearing only flip-flops, others had no shoes at all. One woman was all naked but for bath towel wrapped around her as she had been taking a shower when the earthquake struck.

Someone shouted that we needed to get to higher grounds as a Tsunami may be coming. Around 50 tourists and perhaps another 30 villagers eventually gathered at a clearing halfway up the hill. Most foreigners were on their mobile phones, desperately trying to get information or to call families abroad. With only their phone screens visible as they walked around the forest, they looked like a dancing swarm of fireflies.

After a while, the shouting and screaming stopped and everyone just sat there quietly. Someone lit a fire which died down after a minute. At some point, the head of the village’s neighbourhood group (rukun tetangga) showed up to inform the crowd that a tsunami warning had been issued and that we should stay on the hill for a few more hours. After an hour or so, the General Manager of the hotel appeared to inform us that the Tsunami alert had been lifted.

The group on the hill descended to the village’s football field, where over the next hour more and more people from nearby hotels and villages gathered. Some villagers ran off with boxes full of water and blankets. Eventually, I was nodding off. However, the aftershocks—of which there were more than 130 over the next few days, some of which almost as strong as the initial 7.0 earthquake—felt like sitting in a plane during turbulence.

When I woke up, most people had left. A few villagers were collecting empty plastic bottles and cleaning up the square from the garbage the tourists had left behind. I later found out that most tourists had scrambled for taxis and other means of transport during the night to make it to the airport about 1.5 hours away as fast as possible. There were reports of thousands of foreigners rushing to the airport, fist fights over tickets, and cancelled flights. I decided to stay put.

Back at the hotel, the lobby had been destroyed and the roofs of several buildings had collapsed. Handbags, shoes and clothes were strewn across the lawn. Despite the extensive damage to the workplace, their village and their family homes, the Indonesian staff worked tirelessly to re-book and organise flights for foreigners desperate to leave the island. Staff also provided us with free meals and water as most of the shops in the village had either been destroyed or closed down. A few hours after the earthquake, one foreign tourist felt well enough to complain about the quality of the food that was made available.

Gradually, the enormous scale of the disaster became clear. There were hundreds of fatalities and more than 150,000 people rendered homeless. After a second night outside, this time in the hotel car park, I eventually decided to leave Lombok. It did not seem right to conduct research in a disaster zone: government officials would certainly have different priorities than answering my questions and data requests.

Although most damage had occurred in the north and northeast of the island, the damage in the villages and towns I drove through was severe. Entire mosques and shops had collapsed and I saw hundreds of people sleeping in tents out in the fields and on the patch of grass separating roads.

The taxi driver who drove me to the airport looked incredibly sad and tired. He told me that he had been working when the earthquake had struck and that he had tried to call his family but to no avail. He had to return his taxi to the company headquarters before being able to drive his motorbike home for an hour. His family had been unharmed but the house was lost. Three generations were sleeping in a makeshift tent next to the rubbles of their home.

Usually, there are hundreds of earthquakes in Indonesia each year. Over the past few years, I have conducted field research in various post-earthquake areas across Indonesia and saw first-hand how limited government support and reconstruction efforts are, even years after a disaster.

The earthquake in Lombok was unusual inasmuch as it struck in a major tourist area. It therefore triggered a more robust international response from both governments and the media. The disaster in Lombok last week therefore also showed the fault lines between rich foreigners—ushered to safety immediately by their insurance providers, security companies and government representatives—and poor Indonesians left behind without much information, protection and support. Apply now to be a New Mandala Indonesia Correspondent Fellow

New Mandala is looking for emerging Indonesian experts to write about Indonesia's biggest policy challenges in the lead up to the 2019 polls.

The behaviour of foreigners and locals I witnessed facing this crisis could also not have been more different. While the foreigners and Indonesians I met seem to have been equally traumatised by the events over the past 72 hours, there were reports of fist fights between tourists over plane tickets at Mataram airport and seats on boats leaving the island. I saw several tourists rush to the airport as soon as they had received medical aid without even thanking anyone.

In contrast, the collected and calm attitude of Indonesian villagers, hotel staffers and first-responders in the midst of this crisis was symptomatic of the quietly heroic lives of many Indonesians. An image I will never forget is that of two young Indonesian women standing behind the hotel front desk and under a partially collapsed ceiling, calling insurance companies on behalf of guests, making sure they are ushered to safety as fast as possible. They even waved their foreign guests goodbye—as they themselves stayed behind.

Readers outside Indonesia interested in contributing to funds to support the immediate humanitarian needs of those affected by the earthquake in Lombok may making a donating through the Australian Red Cross or the Singapore Red Cross. Apply now to be a New Mandala Indonesia Correspondent Fellow

New Mandala is looking for emerging Indonesian experts to write about Indonesia's biggest policy challenges in the lead up to the 2019 polls. 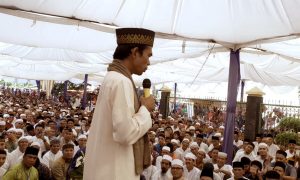 Nahdlatul Ulama is home to its own hardliners

The NU Garis Lurus or 'true path NU' movement shows how the moderate stance of Indonesia's largest Islamic organisation is being internally contested. 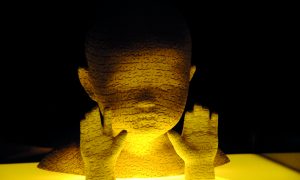