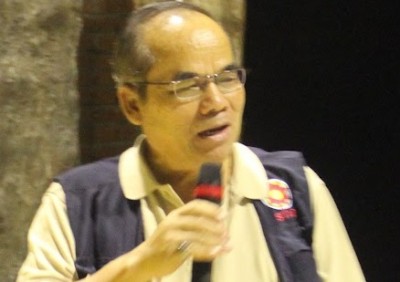 The issue of national unity because politics based on race and religion in the Federation Of Malaya has not been able to unite the other two nations of Sabah and Sarawak which together with Singapore formed Malaysia in 1963 based on certain working relationship.

Monopoly of money and patronage politics and total media monopoly.

Abuses of power but no legal corruption as the Anti – corruption Laws allows for a simple declaration of interest is enough to escape corruption charges as in the famous case of Dato Rafidah Aziz giving a favor to her son-in-law.

None, exploiting the weaknesses and mistakes of Barisan Nasional using opposition fiery oratory power to highlight these weaknesses.

Innate exclusivity based on the “triad Party agenda” attracting their own supporters make unable to work with at least four more parties smaller parties to have a common agenda and symbol like BN to fulfill the Registrar of Societies to all of them the common symbol and Constitution …. Anwar is fully aware of this requirement too. Now only PKR is the glue which can keep PAS and DAP from tearing each others throat on the issue of Islamic Malaysia.

Malaysia must go back to the dreams and aspiration of the Father of Malaysia. The Ruling Party must be mindful that whatever hurts the feelings of more and more people especially in Sabah and Sarawak will not help Malaysia ….

Patau Rubis. I am the STAR Chairman. Party STAR is open to all Malaysians. Now we have established the STAR SABAH Chapter with full autonomy to look after Sabah Affairs and needs. After PRU 13 we will establish Chapters in Malaya at least 5 more States to make it the first national Party from Sarawak…. again full autonomy for the various States to have a full say in the running of the respective States making different from Barisan Nasional and Pakatan Rakyat. We are now the third force in the country.