In this in-depth analysis, published in two parts this week, Lila Sari looks at vaccine distribution in Indonesia, and the surprising entrance of political parties into the roll-out.

What role exactly do the political parties play in vaccine distribution? How do they access the vaccines, how do their approaches differ and what motivates them? I’ll be looking at these questions across two articles this week. In today’s article, Part 1, I’ll examine the broader practices of vaccine acquisition and distribution by political parties and their partners, and in Part 2 I’ll look at how this plays out in Golkar, PDI-P and NasDEM’s approaches.

Aiming to attain herd immunity by March 2022, Indonesia has been rushing to vaccinate 208.2 million people out of its total population of 271 million. On 26 June 2021, President Jokowi doubled his already ambitious target of vaccinating 1 million persons per day. But Indonesia still has a long way to go. As of 19 September 2021, eight months after the beginning of the roll out, only 79.5 million of people had received one dose while 45 million had two doses of vaccines.

To accelerate vaccine delivery, the government has instructed several institutions to help the Ministry of Health and local governments to deliver the vaccines. The first, and main, track of the vaccine rollout relies on diverse state bodies. The Indonesian Police and Army (TNI/POLRI), the Coordinating Agency for Family Planning (BKKBN), and even the State Intelligence Agency (BIN) have been involved in administering vaccinations in several regions. According to the Ministry of Health’s dashboard data, this main track has delivered 167.5 million doses.

In addition to these public sector institutions, the government has expanded the vaccination delivery track to the private sector, using private companies and state-owned enterprises. This second track, which the government has dubbed the Gotong Royong (mutual cooperation) vaccination program, uses a very different modality than the standard government approach. Companies and enterprises are expected to use their own funding and resources to acquire and deliver different vaccine brands or types. In particular, the Gotong Royong program uses the Sinopharm vaccine, unlike the Sinovac-Bio Farma, AstraZeneca, Pfizer, Novavax, Moderna, and BioNTech vaccines used in the standard program. The goal is for these companies to then deliver these vaccines to their own employees.

As part of the Gotong Royong program, the government also uses the Indonesian Chamber of Commerce (KADIN) to provide brokerage services to bring together the private sector and the Ministry of Health and PT Bio Farma, the state-owned enterprise responsible for importation and distribution of vaccines. This track has delivered 915,295 first doses (6.1% of the total targeted population for vaccinations) and 663,515 second doses. Whereas 28,413 companies have applied to participate in this program, only 258 (less than 1% of the applicants) have received an allocation from the Ministry of Health and PT Bio Farma.

This program makes sense for the private sector: it is more efficient and economical for companies to vaccinate their workers than to test them regularly and spend money on supporting infected workers. By vaccinating their workers, companies hope to be able to run their businesses at full capacity.

Despite the mobilisation of so many actors in the vaccination roll out, it seems this is not enough. Politicians in Indonesian’s national parliament have criticised the slow progress and uneven distribution in vaccination delivery. Perhaps it is this criticism which has pushed the government to open a third vaccination track, a track that involves these politicians and their parties. This third track, however, is not clearly stipulated in government regulations on the vaccination program (the latest being Ministry of Health Regulation No. 10/2021 and the Minister of Health Decree No. 4638/2021).

Nevertheless, reports in online media and social media show that several political parties have been actively involved in the vaccination program. These include parties from the government’s ruling coalition, like the Democratic Party of Struggle (PDI-P), Golkar Party, National Awakening Party (PKB), National Democrat Party (NasDEM), and National Mandate Party (PAN), as well as the opposition parties, like the Prosperous Justice Party (PKS) and the Democrat Party (PD), and even small parties like the Indonesia Solidarity Party (PSI).

This is a highly unusual practice. To my knowledge, Indonesia is the only country where political parties are not only organising their own vaccination programs but also actually injecting vaccines into people’s arms.

In fact, it seems like the program is accelerating, with political parties competing to give out vaccines, and using the program as a way to demonstrate their ability to work with the government and achieve the important national goal of reaching herd immunity. Interestingly, each party has claimed to be the first to deliver a coronavirus vaccination program.

What role exactly do the political parties play in vaccine distribution? How do they access the vaccines, how do their approaches differ and what motivates them?

At first, when I noticed reports of party vaccination programs, I assumed that they were buying the vaccines they were delivering, as with companies using the Gotong Royong track, rather than drawing on government stocks.

After all, the parties present their campaigns as if they are solely their own initiatives. Most of the parties mentioned above have been running mass vaccination activities in ways that resemble election campaign events. For example, they use big banners with photographs of their prominent leaders, and hand out t-shirts, and goody bags containing party merchandise, food, and souvenirs to people who come to get vaccinated.

These events typically include speeches from elite politicians, who are usually members of the national parliament (DPR) or the local parliament (DPRD) in the area concerned, or they might be the local chairperson of the party regional branch. Sometimes, the national chairperson (Ketua Umum) of the party appears. Typically, in these speeches the politicians concerned praise how responsive and concerned their party is about the community and how they have worked hard, or fought, to ensure community members get the vaccines. Sometimes, they claim that the mass vaccination event involves collaboration with state institutions, private sector actors, and/or mass organisations. Sometimes, party leaders bring along leaders from the local government and/or local police and army officials, representatives of private companies, and of mass organisations.

They also claim to have provided funds to distribute these vaccines. Such claims are partly true, as politicians and parties apparently do finance some elements of these vaccination events. They provide cadres and resources to organise registration, provide the venue, as well as snacks, lunches, and fees for the medical staff providing the vaccinations. However, it turns out that, unlike the Gotong Royong program, parties do not need to buy the vaccines they deliver. Instead, they receive them from the Ministry of Health. This is where the lobbying capacity of party bosses comes in.

In general, my respondents from political parties and local media explain that their party received an allocation of vaccines from the Ministry of Health. In their capacity as the Ministry’s counterparts in the DPR, members of the Commission IX of the DPR, which is responsible for health and labor affairs, can submit a request to the Ministry to allocate buffer stocks—stocks left over from the quota used for the government-led vaccination program. Then, based on the Ministry’s assessment, the Ministry can grant them a quota. These politicians normally prioritise distribution to their own electoral districts (daerah pemilihan or dapil).

In short, much like other government benefits and programs, COVID-19 vaccines have now become a political commodity which politicians can use to solidify their constituency and supporters. This is an important opportunity for them to survive in what observers have called Indonesia’s “patronage democracy” as written by Aspinall and Berenschot in Democracy for Sale: Elections, Clientelism, and the State in Indonesia. When parties and politicians habitually provide their supporters with benefits of various kinds, it makes sense for them to view the coronavirus vaccination program as a new political commodity they can distribute.

Aside from this channel, some respondents from the national government, as well as local experts and members of watchdog institutions in some regions, explained that some parties have been able to access vaccines from other state institutions, such as local governments, POLRI and the TNI. As explained above, these institutions also received vaccine allocations and were responsible for delivering jabs through the government-led vaccination program. They have discretion on how to deliver their vaccines. They can use their own facilities, such as local public health clinics and hospitals, police or military health institutions, or partner with private healthcare services, or even partner with mass organisations, or, it turns out, with political parties.

This discretion has opened up opportunities for parties and politicians to use these allocations for their own promotional purposes, though typically presented as joint effort or kerjasama (cooperative) schemes. Party elites request the allocation from the national or local government, POLRI and the TNI to deliver the vaccinations under their party’s banner. In return, the parties will name these institutions as their partners, and they will pay for the vaccinators’ fees and other operational costs to deliver the vaccines.

In fact, it is not only parties who use this approach. In some regions, according to my anonymous sources, some big business groups have also used the kerjasama scheme. These are typically business groups owned by oligarchs—i.e., the super wealthy individuals who dominate both political and business life in Indonesia. Such companies can sometimes use the quotas allocated to central government agencies, local governments, and POLRI/TNI, bypassing the formal Gotong Royong vaccination track provided for the private sector. Of course, they label the vaccination events they then run as a form of collaboration with the real owner of the vaccine quota. But in fact, these companies acquired the vaccines for free and much more quickly than they would as part of the Gotong Royong track, with no need to wait for KADIN to process their proposals. By doing so, I estimate they save around 75% of the costs they would incur if using the Gotong Royong track.

To access vaccines, political parties and the companies thus need to lobby and negotiate with government institutions which are authorised vaccine distributors. But having access to political power and good connections with those institutions helps. In many cases, party leaders and other politicians have family connections with the governor or other local officials, and this, too, can allow access.

Take, for example, in one region of Indonesia, where a senior politician, who is also the owner of one of the biggest conglomerates in the region. He is known to have close connections with two generals who hold very high positions in the country, are from the same region as the elite politician and served as his adjutants when he was in the office. Having this close connection as a patron gives the elite politician easy access to use the police quota in the region for vaccination events run by his companies.

Another example can be seen in a woman politician, a prominent party elite, and member of the DPR. She is also the wife of a former two-time mayor in the region. Her husband is a senior politician with a colourful background.  He retains much influence in the city including in the prison sector, given that he spent some years in jail for corruption. The woman has good access to the Ministry of Health as she is a member of the DPR’s Commission IX. Once she attained the quota, she distributed it where she and her husband have many fans: in the prisons and among networks of women’s Islamic devotional groups. 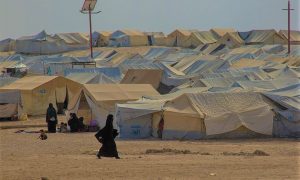 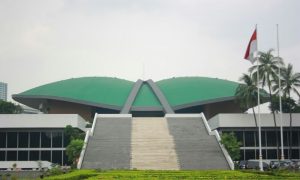