Anti-government forces Bangkok have vowed to rid Thailand of all vestiges of Thaksin — including Thaksinomics. So let’s pause to cast a medium-term eye over the country’s economic performance during the period (2001 to the present) that has been dominated by Thaksin-esque policies. 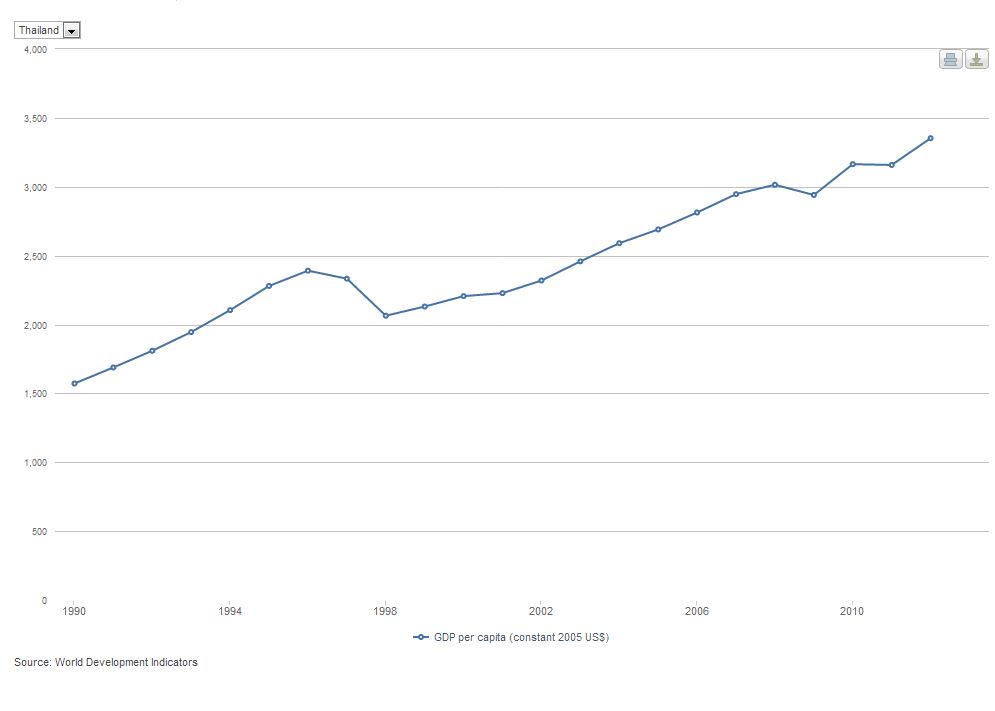 Here is a comparison of annual GDP per capita growth in Thailand and Australia. 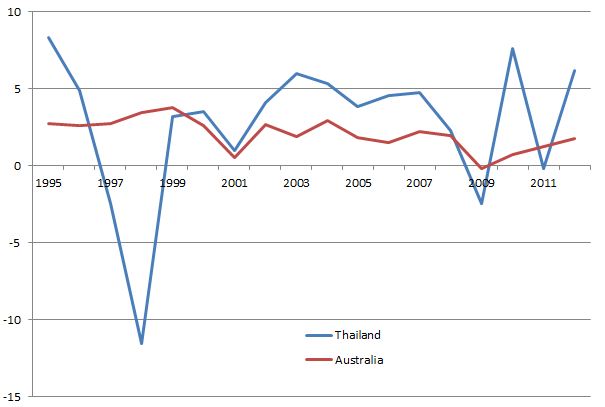 Australia is no slouch when it comes to economic performance. Thailand has outpaced it in all but two years since 2001.

But what about the social impacts of Thailand’s growth? Here is one indicator … health expenditure per capita. 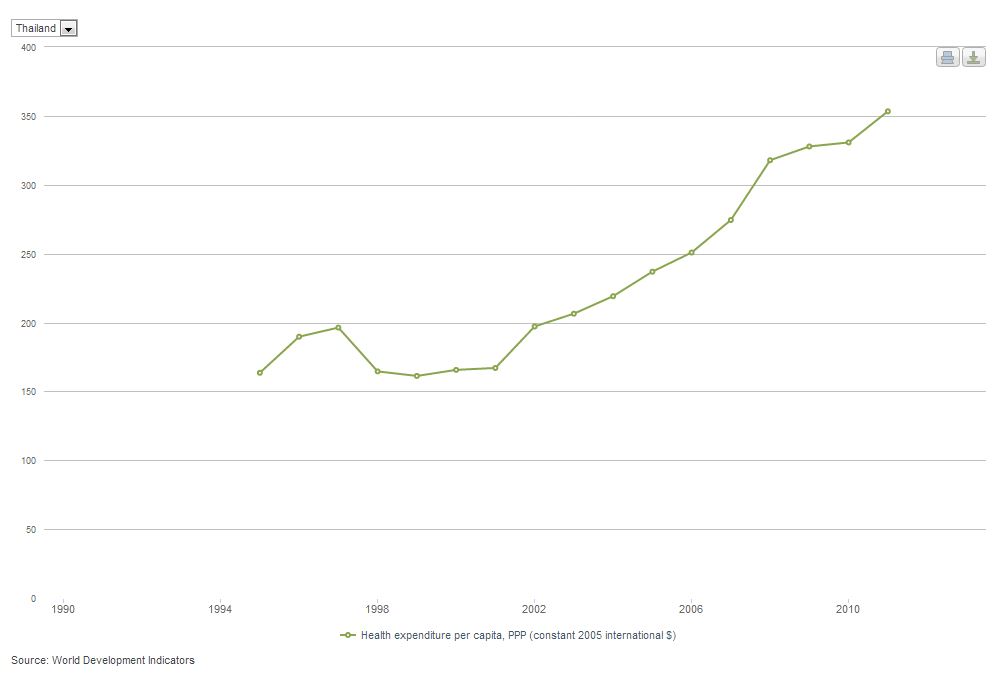 Of course this sort of increase comes at a cost. One of the claims levelled against the current government is that debt is getting out of control. So what’s the medium-term story? Here is a chart of the government debt to GDP ratio.

Certainly some increase in 2010 and 2013, but the overall trend during the Thaksin-esque era has been downwards.

I’m sure there are plenty of other indicators and comparisons – good, not-so-good and bad – that could be used to plot Thailand’s economic performance since 2001 (comments on other indicators would be very welcome). But the overall point is that Thailand’s voters have some sound economic reasons to keep on electing Thaksin and his allies.

Strong economic growth, and increasing government spending on health, welfare and rural development, didn’t start with Thaksin, but he and his allies have been able to effectively place growing prosperity at the heart of their political success.