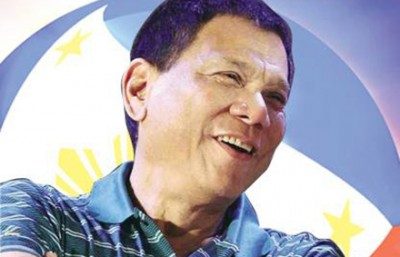 Duterte did not just win the election at the ballot. He also won it on Facebook. Duterte was not a social media genius, rather he had the most committed and social media-savvy true believers as his base.

The 2016 Philippines presidential election broke a number of records: it had the highest turnout, at 82%; it was the fiercest four-cornered race and its winner will be the first president to have come from Mindanao – the southern region of the Philippines long plagued by instability and poverty. It was also the most social media-fuelled election in the Philippines history.

Facebook became a crucial battle ground between the rival candidates. The five presidential hopefuls – Jejomar ‘Jojo’ Binay, Rodrigo ‘Rody’ Duterte, Grace Poe, Mar Roxas, and Miriam Defensor Santiago – each had between 1.5 and 3.5 million likes on their Facebook pages. Their focus on social media campaigning is not surprising given the Philippines has one of the highest rates of Facebook penetration in the world: 94% of Filipinos with the Internet use Facebook. Dubbed by the Times as the ‘Selfie Capital of the World,’ millions of wired Filipinos went online to express their views on the cyber walls before heading to the polls on 9 May 2016.

The overwhelming proportion of ‘positive interactions’ on the Facebook walls, where likes, loves, hahas and wows constitute more than 70% of all activities, suggests an ‘echo chamber effect’ of online campaigning. Recent studies drawn from US and European cases have shown that social media users have a selection bias in terms of what they choose to consume, despite the plethora of information online. Digital media in political campaigns tends to only help reinforce existing viewpoints and not to convert the undecided nor the opposition.

A social media comparative analysis of the five candidates from January 9 until May 9 shows Duterte to have outperformed his rivals in the most important category: he has the most engaged and supportive fan base. Duterte did not have the most likes, nor did he post on his wall the most often. He did not get the most ‘comments’ from his posts. Rather, when Duterte (or his staffers) posted, he elicited the most number of ‘shares’ from his fans (Figure 1). Unlike liking or commenting, where information remains stuck to the wall of the page, sharing is the most important tool for marketing. In the business world, sharing is the best way to rake in revenue from Facebook because it represents an act of social endorsement through networks.

Figures from Quintly analysis. Ave PTAT (Average People Talking About This) = The average number of people sharing stories about the page in the last 7 days per each data point

Duterte gained the largest share of supporters during the election campaign period and had the most engaged fan base, despite his very low Facebook activity in comparison to his rivals. In the past five months, Duterte only posted 73 times, but each of his posts had over 400,000 people interacting with it. In contrast, Poe’s engagement on Facebook tripled that of Duterte but her posts elicited far less reaction. Binay was the most active on Facebook, having posted 509 times, but his fans were nowhere near as enthused.

What this former Davao City mayor campaigned with on the streets echoed online as he hammered away the cornerstone messages of his platform: anti-corruption, fighting crime, and restoring law and order (Table 2). He did not have a separate online and offline campaign strategy.

Duterte’s stellar performance on Facebook was purely a result of the strength of his support base. His online campaigning was lacklustre, bland, and impersonal. It was by all accounts “how not-to-do online campaigning.” But he had the most loyal and engaged fans, who were ready to share their passion for him through their social networks.

Perhaps, Duterte did not ‘need’ Facebook at all to win this election. He would have won it without all that online campaigning. He could not ignore having a social media presence of course – all of the other candidates were very active online. But the decisive battle to win the hearts and minds of the Filipinos for Duterte happened elsewhere. Facebook was just a parking lot for his supporters, who were too eager to be part of his political machine.

While social media campaigning may not have played a major role in helping Duterte catapul to victory, for other candidates connecting with the wired and youth votes on Facebook was seen as the critical part of the campaign race. Miriam Defensor Santiago, the 70-year-old ‘Filipina Iron Lady’ fought hard to rebrand her image from a serious, old-fashioned intellectual to a funny, feisty and youth-loving candidate. After the release of her bestseller, Stupid Is Forever, a witty non-fiction that had a huge youth following, Santiago banked on her growing online popularity to help her win the presidency. She did all she could to win the race in cyberspace: she had the most number of Facebook fans; she had all the social media icons plastered all over her campaign materials. Her Facebook background image was a photo of her well-composed self with a sea of overly excited youths. Her Twitter account even had the most followers – at 2.6 million – despite having tweeted fewer than 2,000 times. This most social media-savvy campaign did not work. She came fifth in the presidential race despite an impressive online campaign.

The offline battle will remain the most important site of electoral contestation in the Philippines in the years to come regardless of how many more millions gain Internet access. Social media campaigning will be important but it will not decide who wins an election in a country where strong personal relationships and family ties are valued.

Dr. Aim Sinpeng is a Lecturer in the Department of Government and International Relations at the University of Sydney and Co-Founder of the Sydney Cyber Security Network.

For more insights on the Philippines election, the Sydney Southeast Asia Centre at the University of Sydney is hosting a round-table discussion on “Politics, Democracy and Stability in Southeast Asia: Exploring the Implications of the 2016 Philippines Election” on 25 May 2016. Details are here: http://sydney.edu.au/sydney_ideas/lectures/2016/2016_philippine_elections_forum.shtml