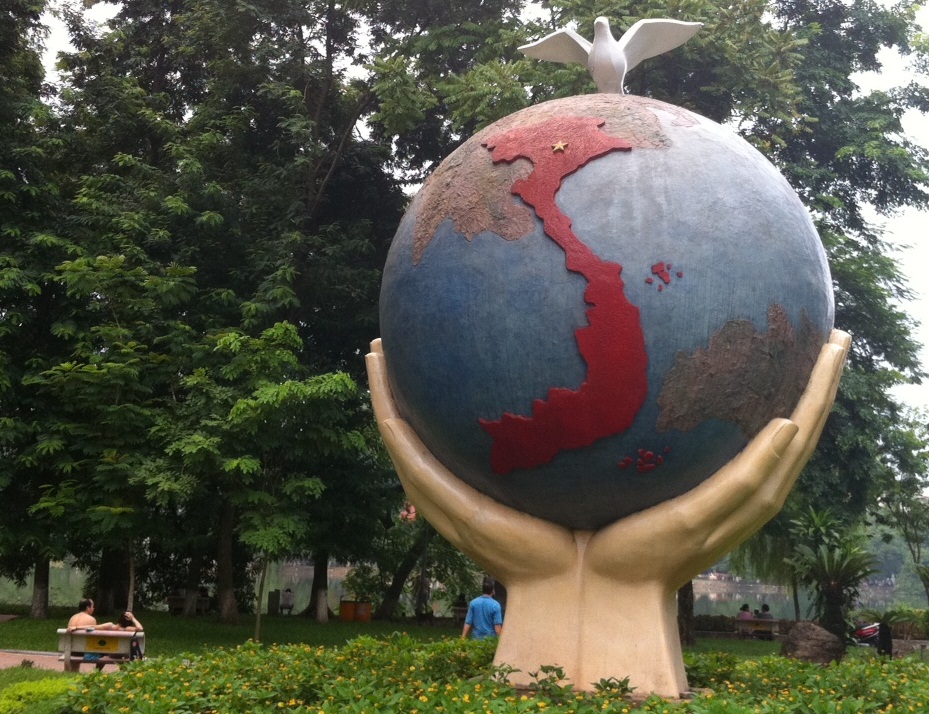 An outpouring of unrestrained political speech was most certainly not the original intent. But what started as campaign by Viet Nam’s ruling Communist Party to bolster its subjective legitimacy through a precooked public consultation on constitutional reform morphed into an unprecedented assault on the principle of one-party rule. Within the last two weeks, thousands of Vietnamese have openly rejected one party rule. Significantly, this political outburst has been broad-based and includes many with longstanding ties to the Party and state. While there is no value is exaggerating developments of the last few weeks, it is also the case that in its nine decades of existence, the Communist Party of Viet Nam has never faced anything quite like that which it confronts today.

The current storm can be traced back to late last year when state leadership, weakened by extraordinary expressions of no confidence, declared a three-month period of public feedbacks on ongoing efforts to reform the country’s constitution, the latest version of which dates back to 1992. Initially, the campaign was greeted with silent resignation, in part reflecting the profound sense of disappointment felt by Vietnamese about the country’s current ‘leadership,’ which has been paralyzed by an insidious combination of factionalism, corruption, incompetence, and conservatism. This, and the Vietnamese state’s punishing treatment of political dissidents seemed to foreclose the possibility of anything interesting happening, to say nothing of an open political challenge. But interesting things have indeed occurred. As within the last month, Vietnamese of diverse backgrounds have found their political voice and have taken to the web, airwaves, and printed page in a flurry of free speech without recent historical parallel. They have derived inspiration from each other. And they have made their presence known.

How did it happen? A first critical development came in the form of a petition launched by a small number of well-established intellectuals with longstanding ties to the Party and State. ‘Petition 72,’ so named for the initial number of signatories, called for the elimination of Article Four of the Constitution, which establishes the supreme leadership of the Party, and directly rejected the principle of one-party rule and the subservience of the military to any one political party. Among other notable points, the petition also called for clearer property rights, the rule of law, and the scrapping the Constitution’s preamble, which celebrates the Party’s presumptive indispensability. More importantly, the petition struck a nerve and quickly gained hundreds of signatories from diverse segments of Viet Nam’s population and the Vietnamese diaspora.

While the intellectuals and their supporters got the pot simmering, it was a young and previously obscure journalist who blew the lid off. Here we refer to the courageous acts of Viet Nam’s newest political celebrity, Mr. Nguyen Dac Kien, a writer for the newspaper Family and Society. Upon viewing television coverage of General Secretary Nguyen Phu Trong’s charges that the constitutional reform discussion had revealed retrograde ideology, Kien went on line with a scathing critique of the General Secretary and a call for the end of one-party rule. The post went viral. Kien lost his job. A persecution of some form is almost a certainty. But he is also a hero. And his rise to celebrity has been followed by an online call for a constitutional congress, which also garnered the support of Vietnamese from across the country and around the world. Significantly, a great number petitioners list their names, occupations, and home addresses.

It’s easy to be cynical and suggest that the recent flurry of activity in Viet Nam will not result in any major constitutional changes. Yet political developments in Viet Nam or any one-party states are notoriously difficult to predict, precisely because people in such contexts tend to conceal their preferences. The true significance of recent developments lies not in whether they result in any immediate reforms, which are unlikely, but whether and to what extent they have resulted in an altered political landscape. Do these developments signal the emergence of a large-scale broad-based movement for political reform, which draws on diverse segments of Vietnamese society from outside and within the political establishment. Time will tell. Within the past few days, the Party and State have launched fresh efforts to discredit the petitioners as hostile elements. In the meantime, all bets are off.

People in Viet Nam desire competent, accountable government. Yet rarely in history has movement in this direction been initiated from the top down. While it would be folly to predict anything, it is clear to this observer that Viet Nam has entered a new phase in its political history, thanks largely to the diverse and growing number of Vietnamese who have found their voice. Vietnamese are a patriotic people. They anxious to explore how more effective and responsive government can be achieved at a time when self-serving and shortsighted leadership have made them increasingly impatient with the status quo.

Jonathan London is a professor in the Department of Asian and International Studies and member of the Southeast Asia Research Centre at the City University of Hong Kong.