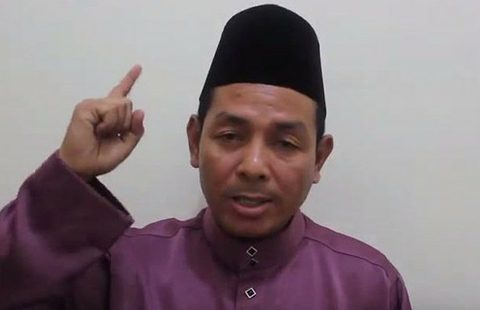 A spokesman, before a plain white wall, speaking Bahasa Malayu, read from a prepared text for six minutes. It was a staid performance.

The spokesman listed the grievances of the Pattani people, from Thailand’s Deep South, and the injustices that the region has faced at the hands of “Siamese colonists,” before commenting on the current situation.

While hardly edge of your seat viewing, the video makes four important points about the BRN’s thinking about peace talks with the government.

First, such a video is very rare. The last time that the BRN made such a statement was in 2013. Between May and December 2013, they released six YouTube videos regarding the peace process. But with the collapse of peace talks with Yingluck Shinawatra’s government, the BRN fell silent.

The BRN does a terrible job in communicating, especially outside of the Deep South, where they tend to message through their attacks and target selection. But in this video, the BRN’s goals and concerns about the peace process were explicit.

Second, the BRN makes clear that their land was usurped and colonised. While a truism, this is a point that successive Thai governments have refused to acknowledge. For them, the Deep South is part of the unitary Thai state, not occupied territory whose people have stubbornly resisted assimilation.

The BRN is making it very clear that the Pattani people have the right to secede and historical rights to the land, something that is a non-starter in Bangkok. The BRN seems to be entering any potential formal peace talks with a very hardline position.

Third, the BRN is both a member and leader of Mara Pattani, a coalition of Malay insurgents, and is participating in the preliminary talks hosted by the Malaysian government to resume formal peace talks.

Three rounds have been held already, most recently on 25 August and a fourth round is due to be held later this month (read my analysis of the 25 August talks here). From these talks, it is clear that the BRN, which controls the majority of the militant cells operating in three-and-a-half provinces, was pushed to the talks reluctantly.

The video makes very clear that the insurgents have no trust in the Thai government to negotiate honestly or abide by their commitments. The spokesman asserts “We the Pattani people have no trust in Thailand,” which has ruled the Deep South through “deception and terrorism.”

Finally, the BRN has little faith in the peace process.

The spokesman notes that the upcoming royal succession, the ongoing political crisis in Bangkok, and the failure of the democratic aspirations of the people, make any concessions by the government unlikely.

He warns that “As long as Siam’s imperialist political ideology doesn’t change, and doesn’t recognise the right of self-determination of the Pattani Malay people in accordance with the UN Resolution 1514 (XV), “the “revolution of the Pattani people,” ie armed struggle, “will continue.”

While he’s speaking on behalf of the BRN, not Mara Pattani, he asserts that there is unity of all the groups, backed by the Pattani people.

“Our position is we are one, one nationality, one language one nation.” He concludes with the declaration “merdeka atau syahid” – “independence or martyrdom.”

Not exactly a perfect opening line for the resumption of peace talks. But one that more accurately reflects the BRN’s thinking, than unfounded Thai government optimism at the prospects of peace.